Glass Onion’s successful one-week theatrical run is an existential threat to its own producer, Netflix. 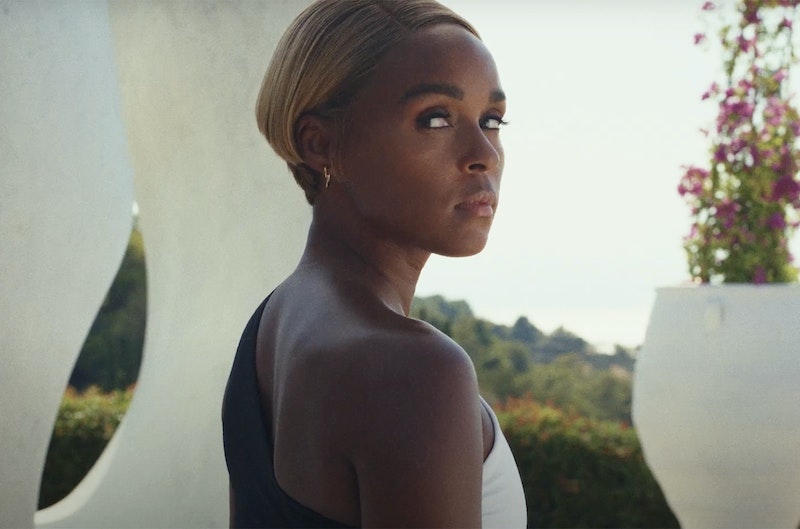 For a lot of Americans, Knives Out was the last movie they saw in a theater before the pandemic began, and maybe since. Released around three years ago, Rian Johnson’s original whodunnit blew Kenneth Branagh’s lumbering Agatha Christie remakes away and proved that people want to go to the movies as long as they’re good. Johnson’s film cost about $45 million, and made over $300 million, putting him in rarified air as one of the only Hollywood directors who can work at the highest level in the industry with his own material (that year, the only other original film to make more was Quentin Tarantino’s Once Upon a Time in Hollywood).

Netflix outbid original distributor Lionsgate for two Knives Out sequels, and when the $469 million deal was announced in early-2021, losing bidders commented, “The math doesn’t work. There’s no way to explain it. The world has gone mad. It’s a mind-boggling deal.” With Johnson and star Daniel Craig, returning as detective Benoit Blanc, each receiving $100 million on their own, Netflix put as much money on the table as possible to make sure the sequels to this hit movie would live on Netflix and receive next to no theatrical release. Glass Onion is playing in only about 650 theaters in the United States, and in five days it’s made $15 million. On Friday, that projection was around $16 million—already close to half the budget of the film, which inexplicably cost slightly less than the first one.

When I saw Glass Onion at a Cinemark outside Baltimore, the only seats available were in the very front, and it was playing in one of the multiplex’s smallest theaters. But it was worth the crick in the neck to see this movie with an audience, just like the first Knives Out. Johnson has never been a particularly good screenwriter, and while I’m not the biggest fan of the murder mystery formula, no matter how much you spin it, Knives Out was a good, tight movie. Glass Onion is not tight. It’s about on par with the first, but with qualities lopsided: Knives Out was better constructed, while the production design and sheer scale of Glass Onion make up for a much weaker script and story.

Benoit Blanc is depressed: the movie begins two months into the pandemic, and we first see the Southern detective enjoying a bath, a cigar, the game Among Us, and a Zoom call with Stephen Sondheim, Angela Lansbury (in both of their final roles), Natasha Lyonne, and Kareem Abdul-Jabbar. In between cases, he’s a rocket with nowhere to go. This was the most interesting scene in the movie to me, an expert in his field adrift at home, a genius “reduced” to soaking in a grimy bath and playing video games with children. It made me think of Sam Peckinpah in between movies in that squalid trailer in Malibu, or John Ford drunkenly repeating over and over again to Bertrand Tavernier, “They won’t let me make another picture. They won’t let me make another picture…”

At the same time, a number of rich lackies in the pocket of hippie startup charlatan Miles Bron (Edward Norton) have been summoned to his private island via elaborate and expensive puzzle box. Kate Hudson is a dumb blonde, Kathryn Hahn is a corrupt governor, Leslie Odom, Jr. is a compromised scientist, Dave Bautista is a Twitch-streaming Joe Rogan stand-in, and Janelle Monáe is both Norton’s dead business partner Cassandra and her twin sister Helen. Johnson wisely ditches the framework of the first movie (and so many others) early on when Norton has everyone at the dinner table in his obscenely lavish “glass onion” house (“it’s not even really a house”) somewhere in the Greek Isles. With everybody settled at the table, and Norton about to begin the game of “who murdered me,” the detective figures out the party game before Norton can even really begin. Besides taking the air out of an asshole hippie and humiliating him (always recommended), Benoit Blanc has just freed Glass Onion to go anywhere it wants. There’s no mystery without a murder, and while it isn’t revealed why all of these people hate Miles Bron but can’t shake him until toward the end, it’s easy to assume they’re in his pocket.

Glass Onion wants to be about its own “obscenity,” a movie that cost less than half of what the director and star got paid for it. Perhaps Johnson felt he needed to save face, but as with all Hollywood attempts to appeal to the public’s disdain for the rich, Glass Onion is just condescending and patronizing, particularly toward the end. The filmmaking here is excellent, particularly for a Netflix original, and the production design and wild sets more than make up for reheated eat the rich satire that was old before the pandemic started and is even more grating now that coronavirus jokes are starting to pop up in more and more movies, always trying to relate to what the audience went through, always failing. Like 9/11, there likely will never be a proper coronavirus movie. It’ll be handled in allegory, just as Spielberg’s War of the Worlds obviated the need to make United 93 or World Trade Center the following year.

For everyone calling Johnson a prophet, keep in mind that the deal to make these sequels was finalized in early-2021, right when people starting buying GameStop stock. FTX and Sam Bankman-Fried may have collapsed and vanished in the last month, but startup scammers and crypto creeps have been around for a while (with plenty of celebrity endorsements as recently as this year’s Super Bowl). Johnson, like Edgar Wright, is at his best when he’s orchestrating complex set pieces, shot design, and camera movement. As a rich man’s apologia, or straight satire, Glass Onion is a bust, but it doesn’t matter: this movie had me and the packed crowd totally glued, and when you’re in good hands, a weak script can be forgiven.

This movie won’t be fun to watch at home. Netflix didn’t make a mistake by not going wide with Glass Onion, they shouldn’t have put it in theaters at all. The hot sauce nose scene needs an audience. Kate Hudson screaming “WHAT IS REALITY!” needs an audience. Norton constantly making up words or using the wrong words (“infraction point”) needs an audience. The sweatpants/sweatshop joke needs an audience. This movie is 139 minutes, and when it’s released on Netflix on December 23, I can just picture all of the irate families turning it off in the middle just like they did with Don’t Look Up. That movie would’ve bombed no matter what (who wants to sit through a two-and-a-half hour slow march into global annihilation? Well, me…). Glass Onion is going to get mixed reviews when it comes out next month, and people will be disappointed. Everything this one has going for it is amplified or endemic to the theater experience, and without a memory of how a full audience reacted at certain moments, it’ll feel dead and pass in and out of the brains of people who end up watching it.

Glass Onion, like The Menu, is a movie that’s a lot of fun with other people but doesn’t stand up to much scrutiny. People want to see good movies with other people in movie theaters. Twenty years ago, this would be one movie on a slate of a dozen or so others, and it would sit solidly in the middle. Not bad for 20 years ago, but stellar for today—no wonder Netflix wants it all for themselves.