Dumbness Is Always In Season 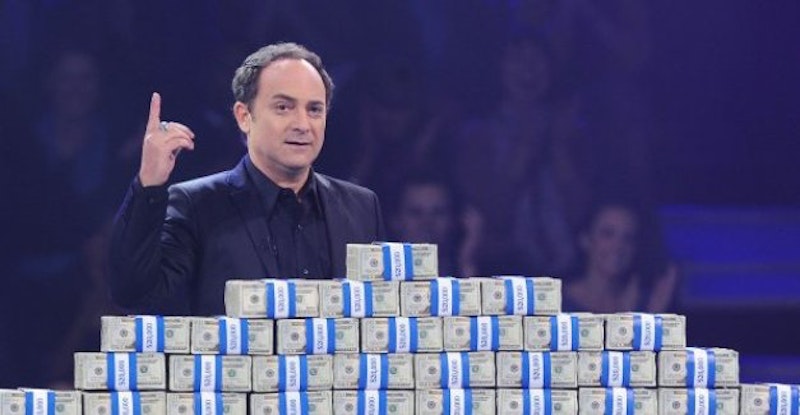 It’s a sluggish time of year, what with holidays, blizzards, various and sundry nogs, and the like. As a result, various news outlets generally have a hard time coming up with something to write about, once they’ve completed their “best ofs” and “who died” lists of the past year.

Still, the past week or so has been chockablock with the kinds of items that pierce through even the bleariest wassail-fueled haze, and since I’m not above making up a little list of my own, here are a few of the more imponderable ones greeting us today:

Celeb break-ups/engagements. Granted, this is an evergreen subject, but are we really so starved for information that we need to go into paroxysms over onetime movie star Reese Witherspoon getting engaged to an agent? Or LeAnn Rimes, whose “celebrity” these days almost entirely rests upon being a home wrecker, “flaunting” her engagement ring?

I’ll grant you that octogenarian Hugh Hefner pledging his troth to another blonde bimbo is worth a good eye-roll, but the fact that Rihanna’s broken up with Matt Kemp after “almost a year” of dating? Really? Once the inherent horror of that particular story has fully sunk in, what exactly are we supposed to do? Send her roses? Buy Dodgers season tickets? Send roses to Don Mattingly?

Celeb pregnancies are another standard features—over the past few years there’s been a cottage industry constructed over whether or not Jennifer Aniston is expecting/has miscarried/wants children in the first place—but thanks to it now being awards season, we’re confronted with an extra twist on Natalie Portman’s being pregnant and engaged (this is what makes her a “double threat” in the world of moviemaking).

Entertainment Weekly’s Dave Karger is a proud member of that subspecies of entertainment reporters who fancy themselves as awards “experts.” This consists mainly of guessing who and what will be nominated for, and win, Oscars, Golden Globes, and so on. They usually bat slightly above .500 in accuracy; in other words, they’d typically finish somewhere in the middle in your office Oscar pool. Miriam in accounting, of course, doesn’t get paid for being an “expert” in the ways of the Academy.

Ummm…what? Imagine that you’re a 60-year-old member of the Academy, one who takes his Oscar voting semi-seriously. You’re torn when it comes to the Best Actress category: Annette Bening for The Kids Are All Right, or Portman for Black Swan? Bening’s been “due” for awhile, but Portman worked hard to semi-master ballet.

Ah, but wait! Portman’s pregnant, you say? Case closed! After all, as Karger points out, Rachel Weisz and Catherine Zeta-Jones were pregnant when they won! But then again, so were Cate Blanchett, Marcia Gay Harden … and Bening herself, all of who lost their categories while with child.

So the answer to Karger’s idiotic question is, of course: Not necessarily. Enjoy that paycheck, Dave.

Even the more trade-related outlets are not immune to this kind of empty-headed conjecture. Nellie Andreeva, the TV editor at Deadline.com, wondered late last night if, given the brouhaha over Fox's Million Dollar Money Drop—in which a couple was wrongly adjudged to have answered a question erroneously, thus losing hundreds of thousands of dollars—the show’s host, Kevin Pollak, is “cursed.”

After all, she argues, Pollak had previously hosted Our Little Genius, a game show designed to showcase brainiac tykes that never aired thanks to rumors about contestant tampering. The story is actually headlined “Host Kevin Pollack’s TV Game Show Curse.”

Where to begin with this one? First, Pollak doesn’t spell his surname with a “c,” no matter how many times Andreeva does. Second, what’s with the “TV Game Show”? Are there movie game shows out there?

Andreeva also starts her story this way: “Kevin Pollack is a respected actor-comedian with memorable turns in such movies as The Usual Suspects, A Few God Men and Miami Rhapsody.” I seem to have missed A Few God Men—that was the buddy comedy with Chris Farley as the Buddha and a budding Aziz Ansari as Shiva, right?—but I wonder about the level of “respect” that Pollak commands these days: Since those movies she lists (all of which came out in the 1990s), the “respected actor-comedian’s” roles include Juwanna Mann, The Whole Ten Yards, and such critically-acclaimed recent titles as 2007’s Numb and 2008’s Otis (you’ll remember his ineffable performance as “Elmo Broth” in the latter).

With that kind of filmography, does getting to host a pair of game shows—failed or not—really qualify you as being “cursed”? And also, shouldn’t someone writing about your being “respected” be able to correctly spell your name?

Whatevs! as the kids say. There’re only a few more days of this kind of stuff … after which, of course, we’ll have a lot more days of it.