Do Not Go Gently

The Vast of the Night is an exceptional new micro-budget film by Andrew Patterson. A 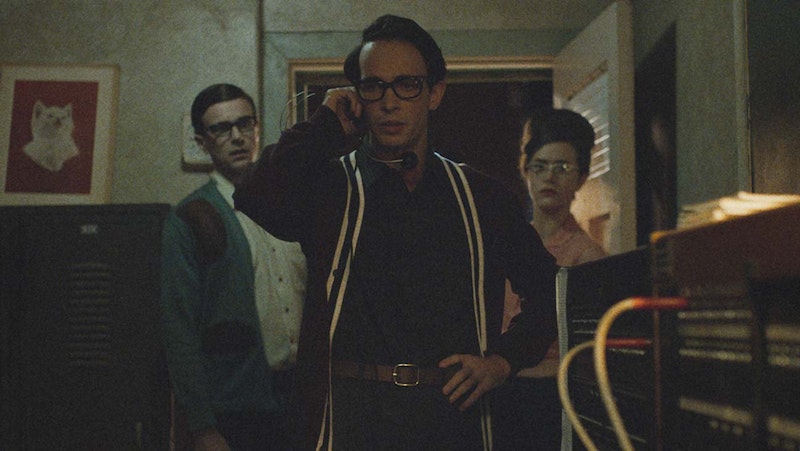 It's hard to remember the last time a micro-budgeted indie movie by a first-time director made as much of an impression as The Vast of Night, the new film from Andrew Patterson. I was blown away by what Patterson does and the talent he shows. The Vast of Night, coming later this week to Amazon Prime, is the best movie I've seen since the start of the quarantines. Patterson, I gather, helped raise money for the film by working as a pregame promo producer for the NBA’s Oklahoma City Thunder.

This period sci-fi film is set over the course of a single night, in a tiny New Mexico town in the late-1950s. The Vast of Night takes its inspiration from such sources as The Twilight Zone, American Graffiti, Close Encounters of the Third Kind, and especially Twin Peaks (it kept reminding me specifically of the "got a light?" episode of Twin Peaks: The Return.) But it has a visual style all its own, which toggles between showy outdoor long takes and long, meditative indoor dialogue scenes. Throughout, Patterson does a lot with a little, laying on believable period detail despite the lack of a big budget.

The Vast of Night was written by Craig W. Sanger and James Montague. The plot concerns a pair of teenagers, radio DJ Everett (Jake Horowitz) and switchboard operator Fay (Sierra McCormick.) While there's a framing device that positions the entire film as an episode of a Twilight Zone-like anthology show, the David Lynch influence is also clear early on, as we're introduced to various signifiers of traditional, 1950s-style small-town Americana, overlaid with a dark, ominous undertone.

The two teens start to hear a strange audio frequency that appears on the radio station where they work. Trying to trace down the mysterious sound, they hear on the phone from a military veteran (voiced by Bruce Davis) with a story of where he thinks it came from, and later an older woman (Gail Cornauer) with a sad tale of her own. Patterson shows superlative command of the camera, as well as cinematic timing. There's one gorgeous long take that follows the two leads as they walk down a dark street, while the scene with Cornauer, in particular, holds the shot for an uncomfortably long time. The sound is great, which is important in a movie about audio frequencies, and Erick Alexander and Jared Bulmer contribute an appropriately foreboding musical score. The filmmaker also successfully threads the line between paying homage to the film's influences while not ripping them off directly.

The Vast of Night had a festival run last year and has been available to rent through Amazon for the last couple of weeks, before arriving on Amazon Prime starting Friday. With the nation's conventional theaters shuttered, the film has also been showing at some drive-in theaters, which is a perfect marriage of a 1950s movie with 1950s technology.