The problem with Dexter is one of extended suspension of disbelief. 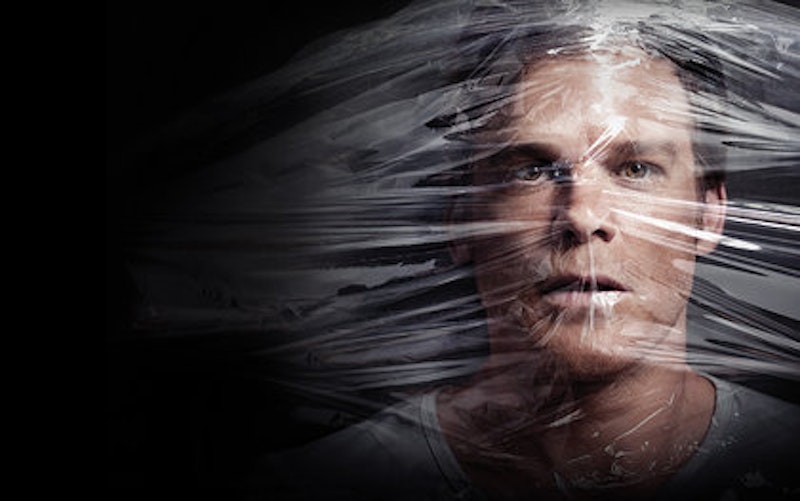 On Sunday, Dexter's eighth and final season premiered on Showtime to record ratings—3.2 million viewers if you count both the nine p.m. premiere and its later rerun—which, if you add in the news that season seven was the show's highest-rated season ever, is just completely crazy, considering that the show itself has been a joke for years now.

Obviously that last part is somewhat anecdotal, but everyone I know who still watches Dexter agrees that the first couple of seasons are great and then, well, not so much. Jimmy Smits shows up, Rita dies and then we get four seasons that I barely remember except for the guest stars: Edward James Olmos at one point; that girl from 10 Things I Hate About You. Bodies pile up. There're a couple of raunchy sex scenes (because, you know, it's Showtime). Dexter avoids anyone finding out that he's one of the most prolific serial killers in history, except for his police lieutenant sister Deb, who takes the news in stride, really, crying a little bit and saying, "No! No more dismembering bodies!" before realizing that having a serial killer brother is actually kind of cool and, hey, what the hell, I'm in love with the guy. Oh, and then she kills her boss. That pretty much sums it up.

So now we're here, the final season. To say that Deb's struggling with shooting LaGuerta is a bit of an understatement: she's left Miami Metro, shacked up with a wanted felon, and started snorting pounds of cocaine. Dexter, of course, is having his own problems: He misses Deb; he yells at his son (who's suddenly much older than he should be); and an aging criminal pathologist who we've never seen before (played by the ever-wonderful Charlotte Rampling) has figured out everything ("You can't kill me… I don't fit Harry's code"). Will Dexter finally get what's coming to him? Who cares.

The problem with Dexter is one of extended suspension of disbelief. The writers have to keep inventing ways for Dexter to do what he does best without a SWAT team ever kicking in his door. This wrecks havoc for a lot of innocent bystanders (LaGuerta's just the latest), not to mention would put Miami's murder rate on par with Juarez (honestly, it would have been martial law down there like five season ago). And if we started off rooting for Dexter, it's pretty hard to justify that now. Even Deb wants nothing to do with him.