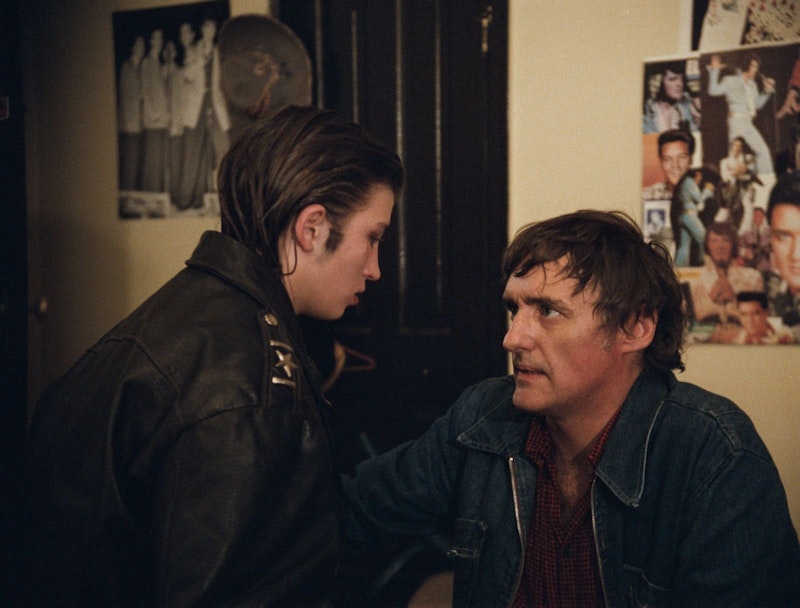 Trainwreck: Woodstock ‘99 (2022, Jamie Crawford). Netflix’s Woodstock ‘99 documentary is an improvement on the Bill Simmons-produced Woodstock ‘99: Peace, Love, and Rage. Absent of that doc’s pearl-clutching and dubious connections between rowdy Limp Bizkit fans and the modern alt-right, Trainwreck is at least outraged about the correct things: the inadequate facilities and lack of drinking water, which resulted in people suffering heat stroke and trench mouth; the underprepared and largely absent security, who did little to stop the numerous sexual assaults; and the priority of profit above all else, arguably the root cause of everything wrong with the festival.

But it’s worth questioning how genuine that outrage is. Given Boomers’ post-1960s track record, is it really surprising that the organizers of the most iconic 60s music festival would eventually sell it out? (Revisiting the original Woodstock documentary, chief organizer Michael Lang comes off as less a radical idealist and more an egomaniacal party boy.) More surprising, at least to the doc’s older commentators, were some attendees’ violent reactions to this capitalist hell masquerading as hippie utopia, which culminated in looting and fires (the predictable result of Lang’s decision to hand out lit candles to thousands of pissed off concertgoers). Richard Linklater once said something to the effect of, “All teen movies should end with the end of the world.” The kids at Woodstock ‘99 were just playing their part.

Out of the Blue (1980, Dennis Hopper). Dennis Hopper’s Out of the Blue also climaxes in conflagration. Inherited as a strictly for pay directing gig when he was more or less persona non grata in Hollywood, Hopper fashioned a TV movie script about a struggling family into a harsh indictment of his generation, especially when viewed in a continuum with his previous two films: the hippie idealism and marijuana of Easy Rider made way for the hedonism and cocaine of The Last Movie, which in turn was followed by the nihilism and heroin of Out of the Blue.

The great Linda Manz stars as CeBe, a rebellious teenager living in a small town in British Columbia with her waitress mother (Sharon Ferrell). CeBe’s father (Hopper) is in prison after drunkenly smashing his semi into a school bus full of children. When he finally gets released, he gets a job at a landfill and reassumes the role of patriarch, though his continued drinking and increasingly depraved behavior undermines his authority. It isn’t until late in the film that we discover the depths of his depravity, which wholly justifies CeBe’s eventual revolt against her parents. Hopper was a hedonist in spite of himself, and he pulled no punches in his generational self-assessment. Today’s easy rider is tomorrow’s child molester. Hopper’s only prescription: burn it all down.

Gods of the Plague (1970, Rainer Werner Fassbinder). Lest we believe curdled 1960s idealism was an exclusively American subject, Rainer Werner Fassbinder offers a uniquely German take on this shift in his first of four films from 1970, Gods of the Plague. Fassbinder is so tethered to 1970s cinema that it’s easy to forget that his filmography grew out of the late-60s, and his characters’ alienation is at least in part a reaction to the dubious idea of free love. “I detest the idea that love between two persons can lead to salvation,” Fassbinder once said, a sentiment he wasn’t shy in communicating in his cruel, spiteful characters (and similarly sadistic interactions with his actors).

Yet Gods of the Plague contains very little of Fassbinder’s characteristic cruelty; if anything, it’s one of his more tender works. The plot concerns an ex-con named Franz (Harry Baer), who returns from prison to find his best friend (Günther Kaufmann) has killed his brother and shacked up with his girlfriend (Margarethe von Trotta). Franz takes the betrayal in stride, maintaining loving relationships with both Günther and Margarethe as they plan to rob a supermarket where their friend works. In classic noir tradition, their blissful communion is undone by the femme fatale. But to Fassbinder, the double-cross is all but preordained, foreshadowing the more widespread abandonment of utopian ideals in the subsequent decade.

The Limey (1999, Steven Soderbergh). Let’s take it back to ‘99. Like Gods of the Plague, Steven Soderbergh’s The Limey utilizes the crime genre to depict a generation in a state of spiritual bankruptcy, embodied by hippie icon and original easy rider Peter Fonda. Fonda plays Terry Valentine, a record producer moonlighting as a drug trafficker (or the opposite?), who Wilson (Terrence Stamp) believes is responsible for his daughter’s death. Fonda plays Valentine as the epitome of SoCal sellout, a stealth criminal softened by the comforts of the Clinton economy and no match for the cold, hardened Wilson.

Among the film’s novel qualities—its disjointed editing, its mix of British crime with LA noir—is the inclusion of sequences from Ken Loach’s Poor Cow, starring Stamp as a young man. These sequences are interspersed throughout the film to give some life to Wilson before his incarceration, and Soderbergh tellingly limits this device to Wilson, since there’s no need to establish Valentine’s background; the intertextual quality of Fonda’s casting does all the heavy lifting. “We blew it,” Fonda famously says near the end of Easy Rider, words The Limey would prove prophetic.