The True History of the Kelly Gang throws an unsuccessful camp-cum-punk spin on an oft-told story. C 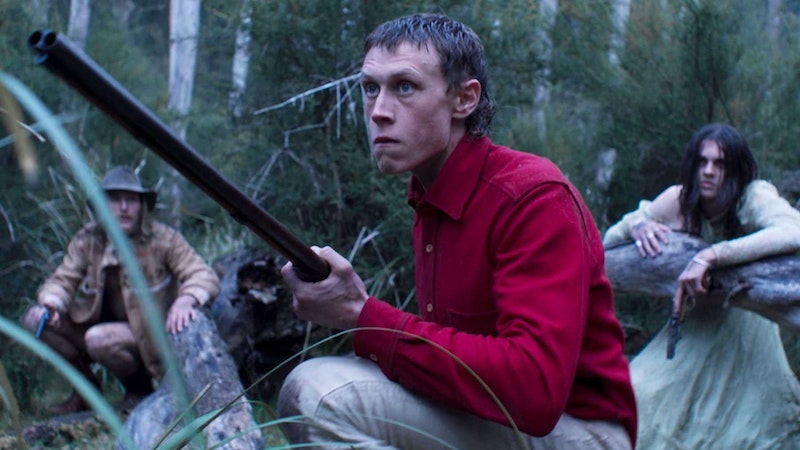 There have been movies about the life of Ned Kelly, the notorious 19th-century Australian outlaw, for nearly as long as movies have existed.

The Story of the Kelly Gang, a silent film from 1906, is considered by some to be the first feature-length film ever made. Kelly’s been played by everyone from Mick Jagger to Heath Ledger, both in different films called Ned Kelly. Even novelty comedian Yahoo Serious—remember him?—made a 1993 satire film called Reckless Kelly.

The latest Kelly film, The True History of Ned Kelly, is different from most. It's based on a 2000 historical fiction book of the same name by Peter Carey, and the film, directed by Australian filmmaker Justin Kurzel, turns up the violence. And also, the cross-dressing. This is a movie so revisionist that it begins with the disclaimer that "nothing you’re about to see is true."

The True History of Ned Kelly applies a punk rock aesthetic to a story set a century before punk existed, and George MacKay of 1917 plays Kelly as if he were a member of the Sex Pistols. It's an intriguing idea that doesn't really work, especially since MacKay's version of Kelly is the least interesting character in the movie.

An outsized figure in Australian national myth who’s seen by some as a Robin Hood-like hero and others as a despicable cutthroat, Ned Kelly was a bushranger, one of the most notorious of the 19th century, before he was executed in 1880 at the age of 25. Of Irish descent, Kelly led a gang of like-minded men in resisting Australia's British rulers. And, in the custom of the day, the men all wore dresses.

The first half hour is about Kelly's childhood, as Orlando Schwerdt plays a young Ned, as he's mentored by the older bushranger Harry Power (Russell Crowe—burly, long-bearded, and clearly having a great time. He sings, and pretty well!). It's one of many very strong supporting performances here, which also include Essie Davis as Kelly's mother, Charlie Hunnam as a British sergeant who targets Ned's family, and Nicolas Hoult as a constable who's the primary antagonist in the latter part of the film. Thomasin McKenzie, from Leave No Trace and Jojo Rabbit, plays the mother of Ned's child.

But the movie gets much less interesting once Ned’s an adult. Not only are Crowe and Hunnam gone, but it also makes questionable decisions, like setting an entire climactic sequence against the backdrop of strobe lights.

Kurzel is the Australian director of the Assassin's Creed movie and the Michael Fassbender-starring Macbeth from a couple of years ago; he's also married to Essie Davis, who in addition to her lead role in The Babadook appeared in a couple of Game of Thrones episodes. The film is somewhat visually inventive—it doesn't look like any other Ned Kelly film.

The True History of the Kelly Gang is coming out on digital and on demand this Friday, while it also will play at one drive-in theater in Los Angeles, so technically it’s getting a theatrical release.