Totally Under Control, a new documentary, masterfully lays out how the Trump administration completely screwed up their pandemic response. A- 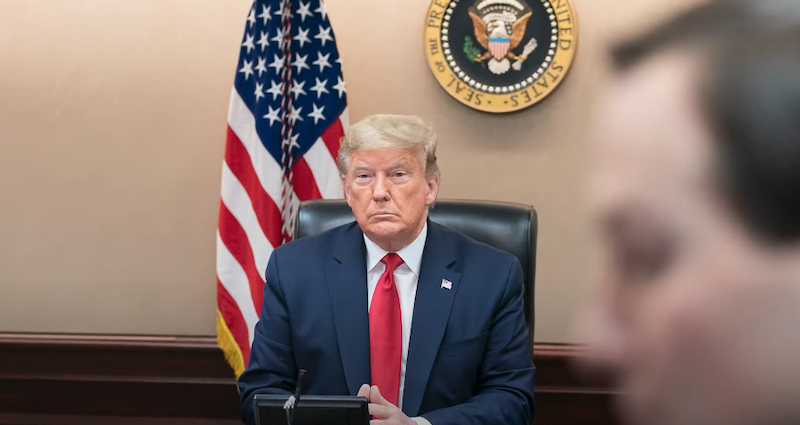 Totally Under Control, a new documentary directed by Alex Gibney, Ophelia Harutyunyan, and Suzanne Hillinger, masterfully lays out the facts of how the Trump Administration bungled the response to the coronavirus pandemic. More impressive than the film itself is the manner in which it was produced. The film, made mostly in secret, was conceived, produced, edited and released in the span of about four months, all during a global pandemic. Despite that, it doesn't feel rushed or slapdash, and thanks to a special portable camera setup called the "COVID cam"—developed by cinematographer Ben Bloodwell—the interviews look professional, and not like they were assembled from Zoom calls.

Totally Under Control goes chronologically through the opening days of the pandemic and demonstrates expertly the various foul-ups, from the early CDC testing fiasco to the hydroxychloroquine wild goose chase, which we learn had its origins in a YouTube video by a doctor in upstate New York who was probably full of shit. By the end, we see the dance of Trump-encouraged anti-virtual signaling that led to the anti-mask movement, as the death toll continued to rise.

There are some events you might not remember like the major COVID spread from square dancing in Seattle back in March. And one of the first super-spreading events in the world came from a doomsday cult in South Korea. It was irresponsible for them, but at least they had the "doomsday" part right.

Dr. Anthony Fauci isn’t a participant, nor is any other current administration official. But the film features interviews with doctors and other experts, as well as such whistleblowers as former government immunologist Dr. Rick Bright and Max Kennedy, the RFK grandson who was part of the  "procurement task force" show that consisted mostly of Jared Kushner's twentysomething buddies.

Totally Under Control makes a provocative argument, one left over from the era of George W. Bush and Katrina: If an administration believes ideologically that government can't solve major problems, and a major problem comes along, it probably isn't going to be solved by that administration. Alex Azar, the HHS secretary, comes off terribly on this point, as does Kushner, who's depicted as an in-over-his-head empty suit.

But the biggest villain of the piece is Donald Trump. The President is the subject of about a dozen documentaries of varying quality that have been released in 2020, including one—last month's Russiagate survey Agents of Chaos—that was also directed by Alex Gibney. But Totally Under Control makes a more convincing argument than most, using Trump's own words from the early part of the pandemic against him. The film was also locked and finished the day before the president tested positive for COVID himself, and Gibney said the filmmakers went back in to add a title card.

I attended the premiere of Totally Under Control last Friday, which was held at a nontraditional venue: Lincoln Financial Field, the home stadium of the Philadelphia Eagles. That's because Jeffrey Lurie, the owner of the Eagles, is an executive producer of the film. Lurie is almost certainly the only current NFL owner who’d bankroll an anti-Trump documentary; most of them would rather donate to his inauguration committee.

The film opened in drive-ins over the weekend, hits VOD this week, and lands on Hulu October 20. Gibney said at a post-screening Q&A that he hopes for a free release of some sort before Election Day.

One could quibble about certain things that were left out, starting with not much mention of the Chinese government, state governors, and other non-Trump Administration individuals or organizations that screwed up badly, or worse, in the face of COVID. There will likely be many more documentaries made about this era, and its many plots and subplots, in the coming years. But credit to Gibney, Harutyunyan, and Hillinger for getting there first, and making what's likely to be the definitive documentary about Trump and the pandemic.