Can The Avengers Sink Titanic? 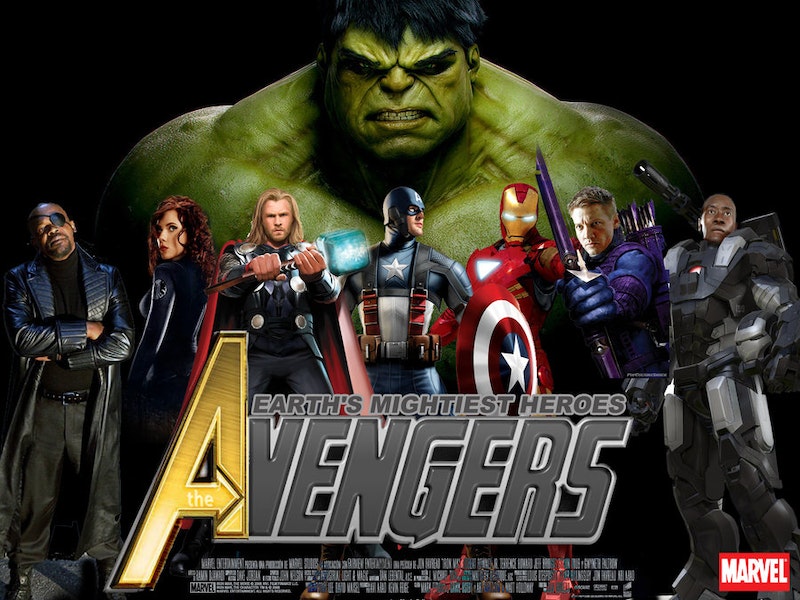 On Thursday, bettors on the online futures market Intrade gave the following proposition a 92.9 percent chance: “The Avengers to gross over $145 million in opening weekend.” That's more than $145 million in U.S. domestic box office, and there is one very large and growing reason many Intraders consider it a sure bet. The movie debuts today in the U.S. but has already made over $281 million overseas, including $185 million in opening weekend box office.

The punters may be aiming too low. According to Box Office Mojo's Ray Subers, The Avengers is taking aim at the opening weekend record. The number to beat is $169 million and change, set last year by the final Harry Potter flick, and in many ways the dynamics are similar with this film. Subers points out that Avengers “has the seventh-widest opening ever at 4,349 locations.” It also has a lot of advertising in the form of five or six Marvel movies leading into this one, depending on how you count. These big budget blockbusters, argues Subers, constitute “the most elaborate and expensive marketing campaign of all-time.”

The characters in The Avengers have starred in six previous movies. After the credits in five of those films, fans have been treated to teasers for Avengers. According to my back-of-the envelope math, total domestic box office for all six films comes to $1.25 billion. Even excluding the one movie without an Avengers teaser, the first Hulk, it still comes to over $1.12 billion in box office. That's a lot of buy-in by moviegoers.

If The Avengers manages to smash previous grand opening records, forecasters will start looking for a likely ceiling. My guess is that they'll train their sites on the third highest grossing movie of all time, director Christopher Nolan's The Dark Night, which in 2008 took in over $533 million in box office. It's an attractive comparison: both are well-established super hero properties from the two titans of comic book publishing, Marvel and DC. Both come on the tails of several prequels with box office results ranging from disappointing to spectacular.

I think a better question for next week after a record-smashing weekend would be: Can it beat Titanic? The box office to beat there would be $657 million, but the number is only useful as a way of settling an argument about what people really want in movies. James Cameron owns the number one and two spots with Avatar and Titanic because he sees movies as an almost entirely visual medium. His stories aren't so great but the visual experiences that he creates are unparalleled. In the case of Avatar, he had to reinvent 3-D filmmaking to make it happen.

Marvel Studios, in contrast, has placed a long-term bet that what people really want is great stories. Oh, sure, there's plenty of visual spectacle. These are super hero movies after all. They've got bankable stars Robert Downey Jr. and Samuel Jackson, and they've brought in Scarlett Johansson. But the director is Joss Whedon, the brains behind character- and story-driven television franchises including Buffy the Vampire Slayer and Firefly. That is an interesting bet and a daring one. My best guess is, the iceberg doesn't stand a chance.