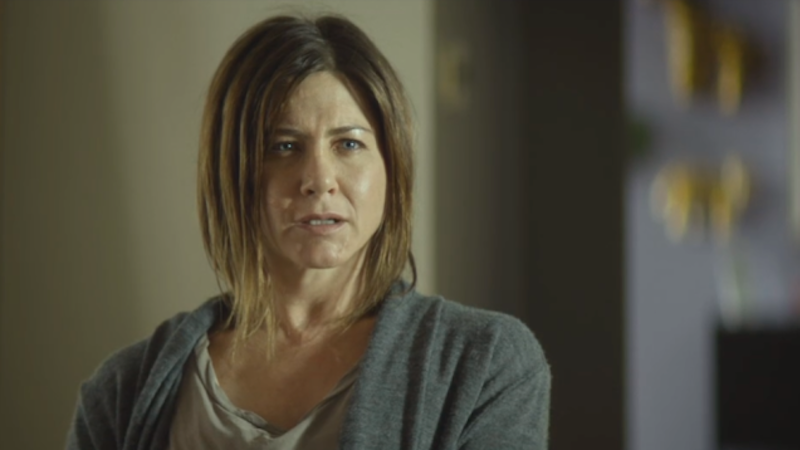 Friends star Jennifer Aniston has been trying to break away from her role as Rachel Green since she starred in the lukewarm 2005 film Derailed. The media's pigeonholed her into the rom-com lady, writing more about her alleged feud with Angelina Jolie than her career. However, in the 2014 Daniel Barnz film Cake, Aniston was finally given the chance to establish herself as a formidable dramatic actress, much like Sandra Bullock did with her turn in The Blind Side. Cake follows the character Claire Bennett as she struggles with chronic pain left from a car accident that claimed her youngest son. She bitches through physical therapy, is rude to the women in her support group, and fucks the gardener, all while high on Percocet and white wine. From first glance, the audience finds Claire dislikable and deplorable, but the nugget of wisdom from this film is that people with a haunted past don’t really have time to care if you like them or not.

Aniston’s performance is a slow burn. She spends most of the first 20 minutes laying down in cars and yelping every time she moves. The film begins to pick up with the introduction of Anna Kendrick’s character, a woman in Claire’s support group who jumped off the interstate to end her suffering. Kendrick appears throughout the film as a smug reminder of everything Claire would’ve had if not for her accident—or even more disturbing, what she’d have if she also chooses to end her life. The film takes its title from an exercise Kendrick’s character shared with her support group: all she ever wanted to do if she wasn’t living with chronic pain was bake her son a homemade cake. Claire strikes up an unlikely relationship with Kendrick’s husband, Sam Worthington, and together they find solace in the unknown. One of the most appealing aspects of this film was that Claire is rarely motivated to sexually conquer Kendrick’s husband, instead opting for a deep friendship between two lonely people who enjoy spooning with each other. By the end of the film, Claire has stopped relying as much on medication, and the audience is privy to the full scope of her pain: it’s all consuming.

The most interesting relationship unfolds between Claire and her caretaker, Silvana (played gorgeously by Adriana Barraza). Their relationship is ostensibly one between employee and employer, but a heart-wrenching scene in a Tijuana restaurant establishes that these two characters deeply care about each other’s pain. Although the film has a 92-minute run, it gets heavy-handed when it reaches its halfway point. We understand Claire is in pain but it begins to feel redundant. However, in the final moments you realize that this was director Barnz’s intention. Chronic pain has no happy ending, until the person begins to see the beauty in their life outside their pain. Aniston drives home the point that grief morphs people into a shadow of who they once were, and consumes every aspect of their life. The most powerful point of this film is that we can begin to pull ourselves out of the darkness when we truly feel ready, and when we do we're forever changed.