Alien Prequel Prometheus: Worth the Ride?

Prometheus is a concise allegory crammed with mythic and religious references. 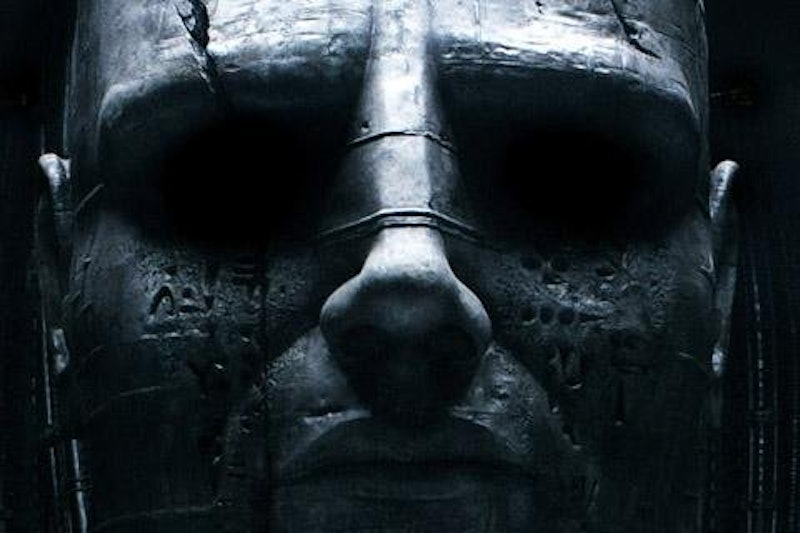 C’mon. Prometheus was great. Ridley Scott’s pseudo-prequel to Alien is suffering in the wake of bloated fan speculation and expectations: an extremely solid sci-fi movie is being whacked over the head by a lot of people expecting something along the lines of 2001. Prometheus is smarter and more carefully put together than most $100 million+ tentpole movies, but it’s not Bergman. It’s not as fleshed out or precise as other recent big sci-fi movies like Inception or The Dark Knight, but yikes, the film looks incredible. See it in 3D.

Prometheus’ mesmerizing look and gorgeous 3D shots really do make up for a thin philosophical story that promises a lot but doesn’t deliver (multiple sequels are already planned, and knowing that makes the shoehorned-in ending with the Alien alien just irritating). Its two hours zoom by. The planet our human explorers find (LV-223) and the titular ship arrive on are hypnotizing to watch and study. LV-223 is barren, rocky, and dusty, and the color scheme and atmosphere is very similar to Shadow of the Colossus, if that means anything to you. The muddy sepia light and panoramic emptiness of the planet and its dank, slimy caves make for a real lonely, defused hellscape.

You might be upset that the most well-developed character is David, an emotionless android mix between Don Draper and C3P0 played by Michael Fassbender. Every other character is written with distance and one-note personalities: Charlize Theron is the ice queen captain, with as much empathy as a rock; Guy Pearce, the comically old man with a god complex bent on discovering where human life came from; Noomi Rapace is the Ripley stand-in. Charlie Holloway is her lover, the father of her child, and an early casualty (David quietly poisons him, perhaps out of jealousy—but strangely he does nothing else to show his affection for Rapace’s character, and when one of our alien ancestors rips off his head, you wonder if he knew it was in the cards. Things are kept frustratingly vague sometimes—Prometheus II and Prometh3us coming soon). I don’t need to know what these characters like to eat for breakfast, or when their mom died, or whatever—their mission is convincing enough: curious humans searching for what every single one of us has wondered at some point, where we came from, and what’s the point.

Prometheus is a concise allegory crammed with mythic and religious references: virgin birth on Christmas, the title, flame throwers, Crowley, Lovecraft and every other line is an allusion or a carefully worded stab at the human condition. Again, this is far more interesting than the mindless faff that people like Akiva Goldsman are versed in dishing out. The ideas are more interesting than the characters, and the film doesn’t show us much of our alien creators, leaving their motivation and condition mostly unexplained (gotta wait for next time…). But the best part about the movie is how lean it is: there isn’t a word of fat or any boring B-stories, or a contrived romantic subplot, or a schmaltzy over the top score, or arrogant effects displays. Despite its mythic and ambitious aim, Prometheus is neither pretentious nor dumb.