A Tonic For Our Corrupt Media

In the context of our recent national “debates” over race, a 30 year-old documentary shows why art can teach us more about ourselves than politics. 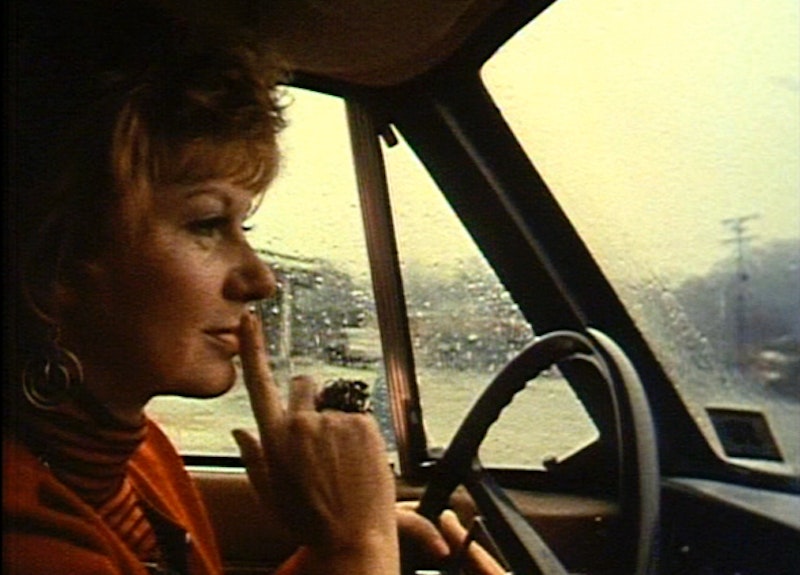 The last time we saw a racially charged media controversy erupt as quickly as “Gatesgate,” it was the fooferaw over Don Imus’ tone-deaf and unbelievable use of “nappy-headed.” Thankfully last week’s dustup between Henry Louis Gates and the Cambridge police didn’t reach the levels of absurdity occasioned by Imus’ statements—the apologies, the dinner at the governor’s mansion, the grandstanding by NBC management—but it did, once again, reveal that no honest, productive discourse about race will ever happen in the American media and political landscapes as they’re currently run. These areas of our culture run on the wind power of blowhard punditry and easy dialectics; there’s no room for the nuance and thoughtfulness that productive discussions of race require.

The Cambridge incident followed the unsurprisingly ridiculous Sotomayor hearings, in which a Bronx-born woman with Puerto Rican parents was asked multiple times to repent for the excruciating offense she’d given to white men by misusing the word “better” more than seven years ago at a private event. No matter what your opinions on affirmative action, this should make you squirm; where but the halls of Congress can we watch wealthy, powerful white guys who have voted for things like the Defense of Marriage Act and Federal Marriage Amendment lecture a minority candidate on the importance of fair-mindedness and equal rights before the law? The problem isn’t necessarily with these men’s opposition to Sotomayor’s self-proclaimed “affirmative action baby” life story, which they’re entitled to. The bigger issue is their unwavering dismissal of all affirmative action programs to begin with, which stems from an inability to appreciate why such programs exist or how they actually work. No one asked Sotomayor to clarify what she meant by that self-description, they only used it as ammunition against her, taking it for a given that such a life story involved willfully denying better-qualified white people the same chances she’s had.

The media spokesman for this kind of kneejerk, dialogue-ending close-mindedness is of course MSNBC’s Pat Buchanan, who’s been on the network’s various primetime shows asking for Sotomayor’s LSAT scores and pulling out whatever anecdotes he can find of Caucasian dreams deferred, Frank Ricci having ascended to the position of patron saint in this narrative. For Buchanan and his ilk, the existence of people like Ricci is evidence enough to prove the evil of affirmative action. Such disregard for subtlety and understanding—when Eugene Robinson defended Sotomayor by telling Buchanan, “I’m an affirmative action baby,” Buchanan didn’t even bother to ask him what that meant—proves nothing and washes over the complicated, imperfect history of this kind of legislation. And there was Buchanan again, days later, on Rachel Maddow’s show, hollering that the country was made great by the toil and sweat of white men only.

I mention all this not out of disappointment, but merely to illustrate what worthless symposia these mainstream shows are to begin with. Of course Buchanan is still employed at MSNBC—his disregard for any ideological nuance or opposing viewpoint’s value make him a perfect fit for the four-to-10-minute “discussions” had on his network and others. Pit “Liberal” against “Conservative,” give them each only enough time to rehash the bullet points of their most recent op-ed or party memo, and wait for something incendiary so that the Huffington Post can lead with a “_________ slams ______” story in the morning.

The Gates frenzy consolidated all of our media’s spineless race-issue behaviors into a convenient eight-day microcosm. The man’s arrest, it seems clear, was unfounded, but the policeman’s motives for concern seem understandable. This was an opportunity, in other words, for a constructive, low-impact national discussion about the issues raised by the incident—the relationship between black people and police, the disproportionate number of minorities in prison, and the historical reasons for both—and the fact that it happened to a renowned intellectual while we have a notoriously even-handed black president in office made such a dialogue seem almost possible. Surely Gates would be able to step back from the issue and frame it as (to use a tired phrase) a “teaching moment.” And surely Obama would be able to explain—without, heaven forefend, seeming “angry”—the various cultural resentments that make police confrontations like Gates’ so exasperating for black Americans, as he came close to doing in his famous campaign speech on race.

But of course not. Obama tried to talk about health care, then made the mistake of answering a single question about Gates at last Wednesday’s televised press conference, and once again a minority public figure offered up a single word—this time, “stupidly”—that was simply too much for our long-suffering conservative white populace to bear. And so Obama, at the end of a week in which his birth certificate, nationality, and honor were routinely questioned by pundits, fringe mobs, and fellow politicians, was himself moved to come on television on Friday and apologize for his poorly “calibrated” words. Everyone did well ratings-wise, the arresting officer’s dignity was restored, and Gates himself ended the week with plans to make a documentary about the incident, with funding from PBS. You can expect the issue to be a minor cultural blip within a few weeks, and meanwhile the myriad discussable topics raised by the incident went completely unmentioned. We returned this weekend to the status quo, where incidents like the Gates arrest happen routinely and violently around the country, to black people who don’t have the benefit of Harvard tenure and friendship with Oprah, and the media doesn’t cover them at all. And through all of this, we can see the big Republican concerns nowadays: figuring out how to not piss off the birthers, and entertaining a bill to make Obama further apologize to the officer he implicitly maligned.

The state of racial discussion in the American media is one in which the biggest channels give time to a disgraced former felon and Wrestlemania guest judge like G. Gordon Liddy so he can espouse conspiracy theories, while a president who gets uncharacteristically emotional-sounding while talking about the wrongful arrest of his former colleague is compelled to apologize, lest someone feel that he’s not grateful enough for the boundless tolerance of blue-collar white people.

The “news” is a dreadful thing during weeks like this, and politics are scarcely better even during good ones. But I happened to watch two gorgeous films this weekend that gave me my faith in humanity back, and which reminded me that the arts are often the best means we have of navigating the actual world. These movies were Ross McElwee’s earliest major documentaries, Backyard and Charleen, or How Long Has This Been Going On?, both from Disc 1 of The Ross McElwee DVD Collection, released in 2005, which I intend to watch in its entirety over the coming weeks. Both last less than an hour, and are fairly simple films: Backyard (1984) is basically a home movie that McElwee made upon returning from college, and focuses on his immediate family and their black house staff, while Charleen (1977) is a portrait of McElwee’s former teacher Charleen Swansea, a hippie educator with unorthodox teaching methods and former romantic associations with Ezra Pound. Both reminded me that, while our corrupt media stands as a constant barrier to substantive discussion and social change, the real labor of that change is performed by the people living in its path. If there is a societal “use” for artists, it’s their ability to dramatize and focus our attention on these people—it’s their capacity to raise us out of the muck of ineffectual public posturing and back into human experience.

If that makes McElwee sound like Clifford Odets, my apologies. Surely grand social statements weren’t part of the filmmaker’s motives when he shot Backyard and Charleen, which are both personal, introspective movies. But the depictions of race relations therein nearly wiped the MSNBC grime from my eyes as I watched. While the media hems and haws and culture warriors gesticulate to see who can become offended fastest, we watch McElwee’s films and see how black and white people interact unself-consciously as bosses, employees, neighbors, friends, and family. That both films take place in McElwee’s native North Carolina (and decades ago) is but one welcome surprise in the footage. The other is the lack of pretense and the genuine warmth on display between the subjects, which are of course framed by McElwee’s own boyish affection and curiosity.

Charleen is the real revelation here, particularly its astounding first 10 minutes. This is where we see Swansea’s peculiar subject—“Knowin’ how to talk about your feelings”—and her forthright, disarming methods. In a classroom of black students, she calls one young, handsome boy to the front of the room in a discussion of how to tell someone you love them. “You want to get their attention,” she explains, so she implores the kids to tell the person how they smell. Looking up at her student, Charleen grabs his arms and tells him, “You smell like melted Hershey bars,” the possible racial undertone of which is undermined by her humor and obvious affection for the boy. “I love you!” she purrs, and group erupts in laughter.

Later, at a women’s gathering in her honor, Charleen tells the story of the 250-pound black student who drew a knife on her in class during a lesson about how to ask people for money. He opened the weapon, she says, and then a smaller student yelled at him, “Nigger, that’s why we trying to teach you to talk—so you don’t have to use that knife!”

“Those youngsters who can’t read,” she tells her friends, “who can’t talk, who can’t talk you into giving them, or society into giving them, what it takes to live, are gonna click that knife open,” which is a less sentimental and more empathetic response to minority struggles than we’ll ever hear from a mainstream pundit or politician. It is the voice of person who cares about these issues because she lives among and therefore cares about the individuals they directly affect. McElwee’s focus expands beyond race and education as Charleen goes on, but he makes a point by putting these scenes up front; Charleen’s loving handling of provocative classroom issues emanates from a more basic compassion for those around her. We learn more about her creativity, her need for artistic collaboration, and her romantic intensity as the film progresses, but we know from her professional behavior that those characteristics are all iterations of the same open-minded excitement. Charleen belongs in that special, invigorating pantheon of Vietnam-era films—including The Landlord, Putney Swope, and Hi, Mom!—that address race with such matter-of-fact directness and artistic verve that they’d be impossible to make now.

McElwee’s double feature would have been a joy to watch on any occasion, but I was all the more grateful for them given the disheartening week that preceded my viewing. Those of us who spend the majority of the day in front of screens may often forget what a relatively small, unimportant role the 24-hour news shills play in our country’s actual progress on social issues. The Pat Buchanans and G. Gordon Liddys and Keith Olbermanns only talk about Washington chess moves, while the actual burden of interpersonal dialogue falls to people like those in Backyard. The forward motion of such issues, should there be such a thing, is directed by empathetic, iconoclastic people like the star of Charleen, which is a necessary reminder: sometimes we need the arts to show us what real life looks like.