A Love Letter to the Brothers Sparks

Edgar Wright's The Sparks Brothers is an excellent documentary about the legendary duo. 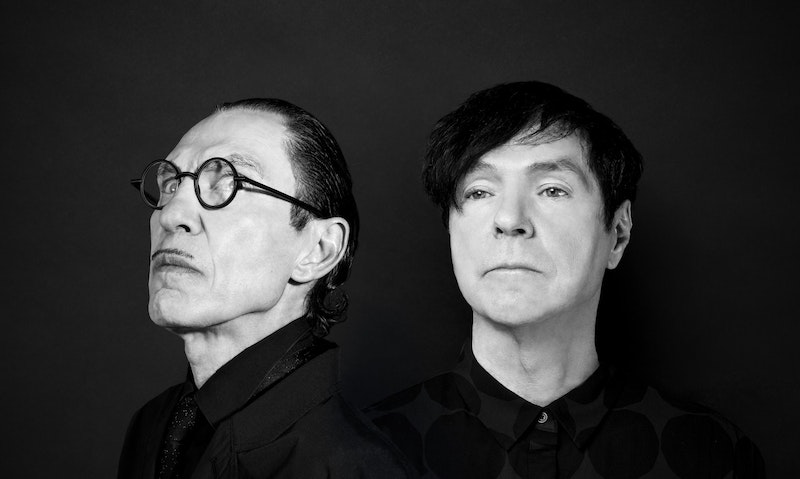 I couldn’t have picked a better setting to see The Sparks Brothers, Edgar Wright’s charming, if slightly flawed documentary. Much like Gimme Danger, Jim Jarmusch’s 2016 documentary on The Stooges, it’s often less than a documentary and more a fan letter.

It was my first post-pandemic movie in a theater. It was in an AMC theater that had more employees than moviegoers. No lines for the concessions. The massive bathrooms that one enters on one side and exits on the other were comical. There were eight other people in attendance. When a theater’s that empty, you’re overwhelmed by the Dolby speaker systems threatening to blow your ears out and pulsating your chest with every bass note. This pretty much sums up Sparks as a band. American bombast with indie house sophistication. As familiar and mainstream as Muppet Show-era Paul Williams, but with an audience the size of Tiny Tim in his later years.

Ron and Russell Mael were born and raised in Pacific Palisades, lost their dad at an early age, saw the Beatles live twice. At some point they formed a band called Halfnelson, but then some A&R guy from Warner Brothers suggested since they kind of seemed like a comedy band, they should be called The Sparks Brothers. Instead, they compromised on Sparks.

Ron and Russell are just as reticent to talk about their art as their private lives. Aside from a throwaway line from Jane Wiedlin about a “brief romance,” with Ron in the 1980s there’s nary a scene in their adult lives when it isn’t just the two of them. Only the music matters. There’s no need for a self-centered 100-episode YouTube series tell-all.

Much like Baby Driver or Shaun of the Dead, Wright keeps up an exciting pace, sometimes augmenting the storytelling with animation. There are also interviews and anecdotes from Patton Oswalt and Neil Gaiman. Actual musicians make an appearance, too. Flea, Beck, Björk (from off camera) and Jack Antonoff dutifully expound on Sparks, but I’m unable to recall anything of substance that came out of their mouths except “I thought they were British.” Apparently, if you’re a Sparks fan you’re unable to communicate why.

Ron and Russell hold up mirrors, compelling us to ask questions about ourselves, the world around us, or the nature of music. They continue to do so regardless of the popularity they know is cyclical. At its core that’s what The Sparks Brothers is about.

Quick edits and interesting subject matter aside, “outsider artist overcomes the odds to endure” is a familiar trope that doesn’t do Sparks justice. I came away from The Sparks Brothers wishing Wright had explored what was barely mentioned in passing. Despite people mistaking them for being British, the Mael brothers share the same uniquely American songwriting gifts as luminaries like Irving Berlin and Harry Nilsson. And like Ween, there’s a sincerity just underneath the droll surface that prevents them from being just a joke band. They’re too gifted and have too much love of music to be that one-dimensional.

A recent song that exemplifies this is “Lawnmower,” from their 2020 album A Steady Drip, Drip Drip. Set to a motorik beat, it initially sounds like upbeat Kraftwerk. But the lyrics are homegrown. Told from the point of view of an overly proud, presumably suburban homeowner who loves his lawnmower and the upkeep on his lawn much to the detriment of his relationship with his girlfriend.

Set against upbeat la-la-las it’s impossible not to sing along with the chorus: “You’re pushin’ on your lawnmower, lawnmower/your lawn will be a showstopper, showstopper/your lawn will be a jaw-dropper, jaw-dropper.” At 3:38, the construction of the song is as repetitive as mowing a lawn. The lyrics are dry, the social commentary is subtle. It could’ve been written today or 40 years ago. But only by Sparks.