Career Opportunities: John Hughes and the End of the 1980s

Even Jennifer Connelly on roller skates couldn’t save it. 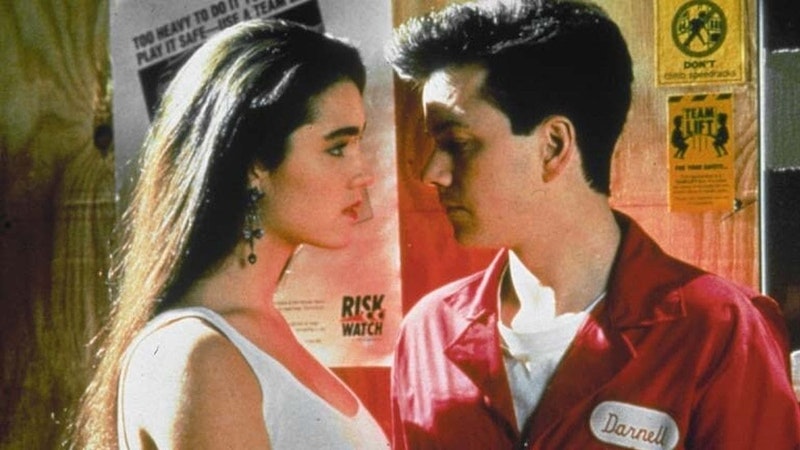 Career Opportunities, the 1991 turkey written by John Hughes and directed by Bryan Gordon, was reissued on Blu-ray. It’s a bad movie, even if it features one of the most mesmerizing sequences in the history of film. Career Opportunities also marked the end of the 1980s, the decade that finally expired when Nirvana released Nevermind on September 24, 1991.

The most famous sequence in Career Opportunities is the scene where Jennifer Connelly and co-star Frank Whaley roller skate through an empty Target store in the middle of the night. Even today the scene is kinetic, sexy, and glorious, thanks to its contagious joy and Connelly’s otherworldly beauty. It’s a glittering ruby on a trash heap.

One reason to check out the new Kino Lobber Blu-ray is the wonderful audio commentary by Erik Childress, the founder of the Chicago Film Festival. Childress convincingly makes the case that there’s a great film somewhere in the scattershot mess here. He observes something that was never clearly put across by the filmmakers: that Connelly’s character Josie McClellan may be the victim of sexual or physical abuse at the hands of her wealthy father. Were this idea spelled out more, and if Whaley’s character Jim Dodge more likable, Career Opportunities might’ve had a chance. It may have even been a great film by John Hughes, the auteur behind The Breakfast Club, Sixteen Candles, and Ferris Bueller’s Day Off. In 1991 Hughes was riding high off of the success of Home Alone. He claimed he lost creative control of Career Opportunities, which is why it’s such a dud.

The story: Jim Dodge (Whaley) lives in a  small town, where he’s known as the “town liar.” Dodge is out of high school and still lives at home. He’s also a fabulist, telling the neighborhood kids stories about his own exiting life, great jobs, and high adventures. Full of bullshit and facing eviction from his own father, Jim gets a job as an overnight janitor at a Target store. On his first night, he gets locked in. He’s not alone. Josie McClellan (Connelly), the daughter of the wealthiest man in town, is in the store with him. Josie has a troubled home life and is acting out, in this case trying to get caught shoplifting only to fall asleep in the dressing room.

Had Connelly’s character been more developed, her situation at home made more explicit, and had Whaley’s Jim come across as less of a weasel, CO could’ve worked. It would’ve been a film about the difficulty, but ultimate liberation, of telling the truth. Jim and Josie would’ve been each other’s emancipator, which is the spiritual truth of the best relationships. There are small hints of this, as Josie exposes Jim’s lies while confiding in him that her situation at home isn’t great.

Still, Career Opportunities is underwritten and suffers too many abrupt shifts in tone to click together. By the time two robbers show up, played by Dermot Mulroney and his real-life brother Kieran, we’re in a clunky mashup of Home Alone and Pretty in Pink. The abrupt shift from the roller-skating scene to Connelly on a mechanical horse with the robbers gawking at her is particularly jarring. We’ve gone from a sequence symbolizing a new couple negotiating their connection via the fun and innocent give-and-take of roller skating to Penthouse: Night at Target. It’s like watching the sexy, effervescent 1980s curdle into the cold Pornhub 90s in two minutes.