Gorging on $46 billion worth of cake. 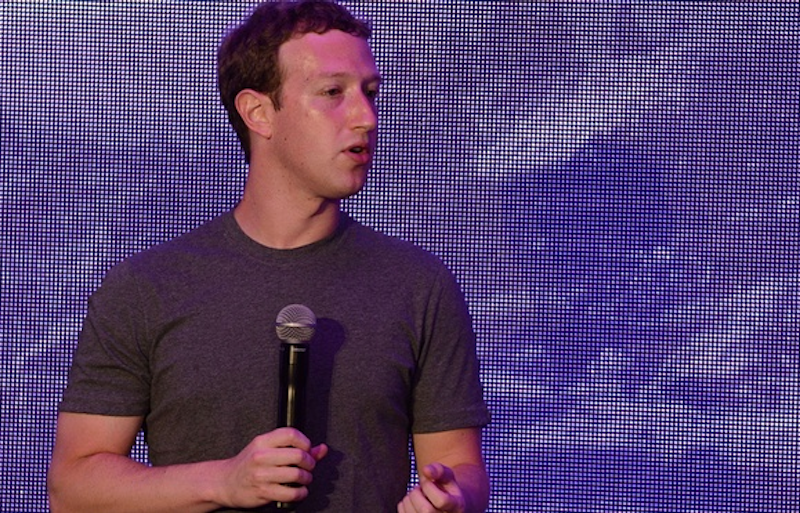 Mark Zuckerberg is the seventh richest person in the world. He has dead, black eyes, like a mosquito, always in need of a deep facial cleanse and an expanded wardrobe. The meek have inherited the Earth, and Google’s early motto, “Don’t Be Evil,” is barely bandied about anymore, as the barons of Silicon Valley do nothing but. Facebook and Google have eliminated the anonymity of the Internet, taming and containing the wild west of the web of the 1990s through the end of the MySpace era. By 2010, everyone and their grandmother had a Facebook account—it was no longer the unsupervised safe space for high school and college discourse, drama, and shit-shooting. It was simple and bland, refreshing after the burnout of bad HTML on MySpace, which was a much more subversive and malleable social network. Tumblr is the second incarnation of MySpace. Twitter still allows you to be subversive, but the potential beyond parody accounts and meme generation has leveled off. Facebook has felt like a prison for years—if you’re in the business of promotion, whether it’s events, articles, merchandise, you must have a Facebook account and verify yourself as if it were a government database.

Zuckerberg tried to generate some good publicity earlier this month by pledging to donate 99 percent of his Facebook stock. What he hopes most people miss is that the donation isn’t instant—he’ll give no more than a billion to charity over the course of his life, and pledging to donate stock rather than cash has enormous tax benefits for what he’s worth now and all the billions more he’ll make in the years to come. The SEC filing states that “He has informed us that he plans to sell or gift no more than $1 billion of Facebook stock each year for the next three years and that he intends to retain his majority voting position in our stock for the foreseeable future.”

Writing for Slate, Anne Applebaum has the right idea suggesting that Zuckerberg puts his money in repairing the damage done to social discourse in emerging and weak democracies across the world, where misinformation runs rampant.

She writes: “Poor democracies are equally vulnerable. In countries—and there are more than you think—where reputable, fact-checked, independent media doesn’t function (because it’s too expensive, because the Internet destroyed the advertising market, because illiberal governments put pressure on the media), then the possibility of civilized conversation disappears, too. If different versions of the truth appear in different online iterations; if no one can agree upon what actually happened yesterday; if fake, manipulated, or mendacious news websites are backed up by mobs of Internet trolls, then conspiracy theories, whether of the far left or far right, will soon have the same weight as reality. Politicians who lie will be backed by a claque of supporters.”

This is already a problem in the United States, a tale of two countries, divided between Fox and InfoWars and Jezebel and The New York Times. The great myth coming out of the Arab Spring in 2011 was how Twitter and Facebook and YouTube allowed it to happen and to be seen worldwide. This was the case with the initial unrest in Ferguson in August 2014 as well, and all subsequent #BlackLivesMatter protests. Applebaum actually underestimates the damage Facebook has done to our society. The greatest thing for this world that Zuckerberg could do is shut Facebook down. But he’s too shrewd of a businessman to do anything like that. He benefits from giving all of his money away in stock rather than cash, it’s a massive tax shelter, and a philanthropic trump card to be presented to all detractors. He doesn’t give a shit about people—he has too much money to know what to do with. Maybe start with a better wardrobe? The untucked and unshaved of Silicon Valley have a lot to answer for their sartorial crimes against humanity.