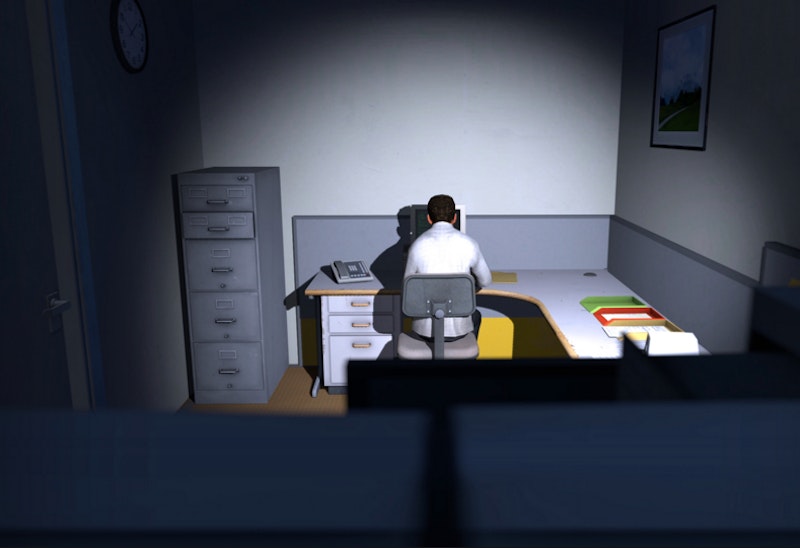 I’ve seen a lot of online publications post comprehensive lists of the “best” video games of 2015, but as someone who spent the majority of this year studying, there wasn’t a lot of time for playing new releases. An exception was Fallout 4, which is still ruining my life. It was a weird year of gaming for me.

Mostly, I replayed classics. 2015 meant discovering independent games that were made within the last couple of years. I become interested in certain titles well after the novelty wore off. Independent games offer more in originality and expression. Less than 10 people make some titles, while others consist of just one developer. Content can range from educational and inspiring to deeply personal and hard-hitting. Becoming a student of game design has deepened my appreciation for them.

Playing an indie game isn’t going to offer the 60+ hours of play associated with AAA titles, but you’ll be getting an experience that lasts for two hours (or more) and that leaves a bigger impact. The content is smaller in scope, but easier to digest. You don’t have to set aside an entire weekend, but rather a small portion of a Friday evening. I played a lot of games on my desktop, which was a change of pace since console gaming is usually my go-to. I prefer vignettes, which play more like interactive stories (but are still very much games). Whenever I’m presented with the opportunity to boost the work of an independent game, I do. I leave positive reviews on their Steam page, and pay for the experience even when I don’t have to. It's rewarding.

Give these a try:

—Cibele by Star Maid Games. I covered Cibele in depth earlier in the year, and it will resonate with those who grew up with the Internet. It’s a personal story about love and sex and online relationships, and takes just two hours to play. An interesting feature is the interactive desktop that the majority of the game takes place on. The interface is exactly as expected: you can click on folders and read through the character’s poetry, sift through her pictures, and go through chat logs. Cibele mirrored a lot of my own adolescence.

—The Stanley Parable by Galactic Café. The first time I played this one I stepped away from my computer and thought about player agency and control. Although it was released in 2011, I managed to finish it in its entirety over the summer. There are no combat or other action-based sequences, and the player guides a character named Stanley. The game doesn’t confine the player to any rules. What really makes the game is the relationship you have with the narrator, who comments on everything you do. For example, the narrator will say: “Stanley decided to go check the other offices.” And as Stanley, you can choose to either obey or stray from the objective. While you’re walking through the office, you can spend 15 minutes inside of a broom closet against the wishes of the narrator. The game is a little dark and challenges the relationship between player and narrative.

—Papers, Please by Lucas Pope. In this title, you play as an immigration officer for the fictional dystopian country of Arstotzka. I didn’t think I could feel so conflicted and guilty because of a video game. Eventually, I found myself becoming cold and ruthless, wanting nothing more but to provide for my family, turning away refugees fleeing from awful situations or journalists who are just trying to report the news. The game relies on your ability to remember all of the rules you’re given each day. Time is also of the essence, because your pay is based on how many citizens you let through the border. Check passports and visas, scan citizens, accept bribes. It’s a fascinating game with great replay ability.