Why I'm Not a Strategy Game Fan

Defcon, Frozen Synapse and the problem with RTS. 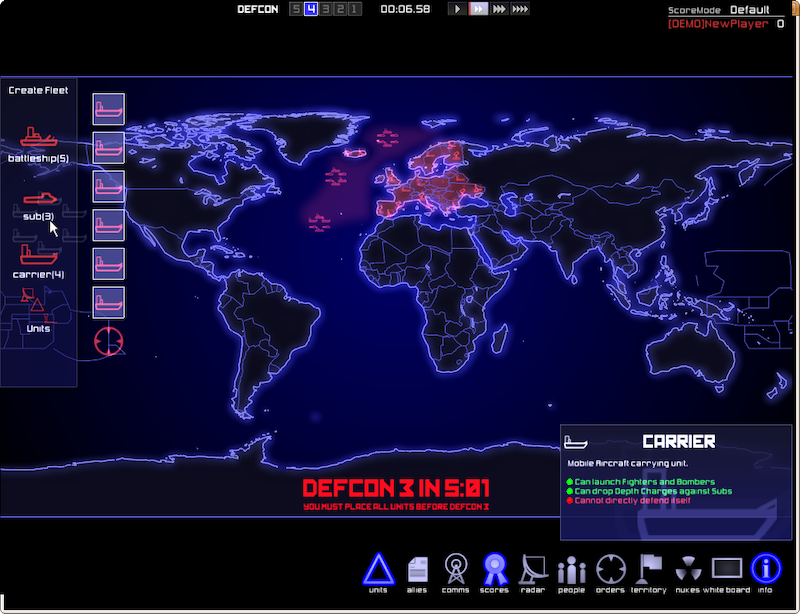 I’m not a fan of strategy games. I don’t have the patience for turn-based strategy games. I lack the twitch for real-time, and I cannot micromanage tower defense. It’s not that I dislike strategy games. I don’t mind them if I don’t need to wait for the computer to make its moves. But if I have to play it’s probably going to be on solo. It’s not even that I suck at strategy, though sometimes I feel like Mr. Strategery (aka former President G.W. Bush) would walk over me in a game of StarCraft. Regardless, strategy is just not my time-killer of choice. I’m not saying the genre sucks; merely that I’d rather have a slice of cake instead of this slice of pie.

Of course, I don’t mind when a little strategy is added in to add dimension to the gameplay. But when the central focus is just strategy, it gets redundant quickly. Units look alike, goals hardly change, take that hill, eradicate those enemies, escort that slow moving target with a bunch of faster moving units and protect it as it travels along its path while trying to keep you bases and structures safe and secure. Prevent X unit from being destroyed sounds hard until you realize you can just leave it near a base surrounded by defenses. Banana Repetitive. Banana Redundant. Did I mention the strategy of just pouring units on a problem until it goes away?

Don’t get me wrong, I’m sure if I spent a month just playing an RTS game I’d probably start sandboxing tactics left and right, all the while swearing my frustrations at my failure.

It’s refreshing when I find games that use strategy elements to add to gameplay without changing the focus to strategy. Take a game like Tremulous for example, that makes use of RTS elements with a first-person shooter (FPS) environment. Tremulous isn’t the only FPS to pick up a strategy dynamic, and first person Tower of Defense is getting wildly popular. And who can blame them? It takes two genres that are getting stale and puts them together to make something awesome. I rather enjoyed the Age of Wonders series for the combination of RPG elements in the strategy genre; with similar titles like Final Fantasy Tactics, Ogre Battle, and the Shining Force franchise making the genre crossover well established before it was first released. Considering it could have been total fail it wasn’t bad. That isn’t to say any old genre crossing with strategy is going to make an instant win. Case in point, MMO turn-based strategy. High difficulty curves only reward the people who’ve been playing the longest. Not a good way of doing things (Evolution, I’m pointing a finger at you).

Currently I’m stuck in the middle of two games. One is Defcon, a game that can be summarized in terms of “mutual attempts of destruction”. The other is Frozen Synapse. One is an RTS, the other turn-based. With Defcon the games are short, far from sweet, and I’ve given up expecting flowers or even a thank you card after each game. Let that sink in until you get it. Frozen Synapse allows me to test out single turn strategies in a sandbox before committing my little green men to their doom. I’d like to say it makes the game easier, but my sandbox-formed strategies typically only enlighten me to the fact that I didn’t account for enemy movement. While I get frustrated by both of these games I haven’t yet put them down in utter dismissal.

There are still games in the genre that need to be played before they become further dust covered on my shelf. Sorry strategy fans, I’m going to reserve doubt that Fate of the World is going to blow my mind. I doubt there is going to be a game that makes me review my stance on strategy games. I might poke at a few rounds of a turn-based strategy game with RPG elements, but I’m not changing my mind. I just don’t like the genre of strategy that much. Probably never will.