An interview with Ryan Jordan, tech wiz and creator of Twerk.it, a new social networking site. 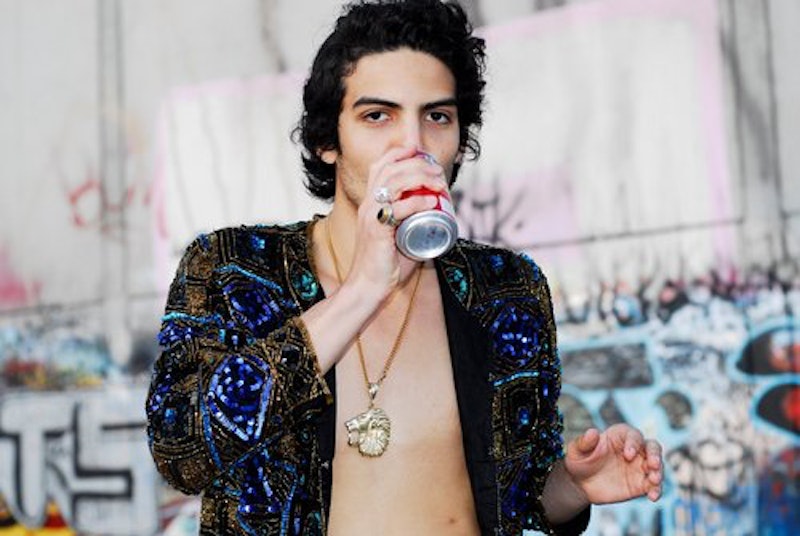 California-bred tech wiz Ryan Jordan moved from the West Coast to the East Coast to enroll in New York University before eventually dropping out to start Twerk.it, a new social network that promises to change the way we experience and share content online. In the age of the Twitters, Tumblrs, Google+, and obviously Facebook, knowing you have a great idea and following through with it sometimes means fast-forwarding through college and going straight to the good part: being the CEO and creative visionary of your own company before you’ve cracked the age of 30.

If you really want to experience Twerk, go play “MFK: Marry, F*ck, Kill,” an addictive slot-machine style online game in which you’re presented with three random people and you have to decide whether you want to M, F, or K them. I’ve procrastinated a ton of paper grading and student evaluating by playing this game. In one sitting I married Oprah, Liza Minnelli, Rachel Zoe, Gwyneth Paltrow and Prince. One of my friends even had a trio that was so bad that he had to F Oprah. But I protested: how can you F Oprah!

I caught up with Ryan via Gchat and got his perspective on being a young entrepreneur in the Silicon Valley, the point of MFK, and, of course, Ke$ha.

Splice Today: I’ve seen some pictures of you in this ridiculous sequined jacket and I’m clearly very obsessed. So I guess I really want to know what you’re wearing right now. No homo or anything.

RJ:  I mean... I should've put on the Twerk costume for this, but I figured since there were no visuals to this chat.

ST: No visuals, huh? Are you really sure that I can't see you right now?

RJ: Ha, I can't be entirely sure of that!

ST: So tell us about Twerk.

RJ: OMG it's amazing! It's a way to compile, exchange, and discover content—websites, photos, videos, and music.

ST: But what does that even mean? Is Twerk a search engine?

RJ: We think the flow of content exchange online is currently too static, so we're trying to create a more dynamic environment. In some way, Twerk is like if Tumblr, Google, and iChat had a child.

ST: That would certainly be one networked baby! So okay, how does Twerk differ from the various other social networks around?

RJ: We feel like Google+ just legit ripped Facebook off, they didn't really innovate anything. Google searches need to be somewhat re-segmented. Google images, for example, don’t have nearly as many relevant photos of trending topics than would a human-curated content "farm" like Tumblr. And Facebook is a fabulous way to connect with friends and family, but isn't a place to discover new content. People often hesitate to post links they like on Facebook because they're worried people will think it says something about them. Our idea is that the problem isn't that the content isn't out there, it's just that you don't know how to get to it. How can you search for something if you don't even know what you're looking for? Sometimes I just want to see something different on the web, and I can't exactly Google search for that.

ST: In addition to Twerk you also created this other online game called Marry F*ck Kill (MFK). Tell us about this hot mess.

RJ: LOL, yes! We were hard at work on Twerk and we were realizing that to build what we wanted to build, to the standards that we wanted to build it, it would take a lot of time, money, and energy. Our fear was like, what if we spend all of this time and launch to no one? How can we just get our name out there? We always play MFK to get us through the long days.

ST: Right, but tell us what it means to play MFK?

RJ: To play MFK, it means that you're ranking your preferences of people relative to other people. It can be celebrities, friends, or combos. It's like a “What would you do?” or “Would you rather?” game. You can actually get to know someone quite well by asking them for their solutions to a couple of MFK's.

ST: It’s really addicting! I once had an MFK that included Oprah and Liza Minnelli! I actually took a screen shot of one of the worst MFKs ever—it was Clay Aiken, Whitney Houston, and Ann Coulter. Yikes.

RJ: LOL. I have a lot of MFK screenshots in my email that are like, "OMG I can't believe I got this combo!”

RJ: Hmm. So this is of all time, not just relative to one another?

RJ: Okay, I’m thinking. I think I'd M Catherine McNeil, F Angelina Jolie, and K someone undeniably despicable like Carrot Top. What about you?

ST: Hey, what’s wrong with Carrot Top! As for me, I would M Lady Gaga, F Hayden Christensen, and K any Kardashian. Gaga and I could wear matching headpieces and mirrored eyebrows at dinner, and I’m sure Hayden is just really good in bed. What's it like being a young start-up in the Silicon Valley? It seems like you live a super Bohemian lifestyle.

RJ: Everyone's looking for “the next Facebook,” which implies that you have to be young to do a tech company. But if you look at which companies are getting funding, or the qualifications to be funded by a medium-large firm, they have a preference for "serial entrepreneurs." I think Twerk is a reflection of me, both of which I've designed to be a kind of "wild card." I feel like in many ways, the company and I are about breaking up the status quo of tech. The Internet is so interesting and crazy and fun, but why are so many of the behind-the-scenes people boring?

ST: So you're bringing creativity back to the Internet, hence that fabulous jacket I love so much.

RJ: Yes! That's what the jacket is all about. “Please be ridiculous.” It's like... have some fun!

RJ: Exactly! You can be smart and have a sense of humor at the same time. Not everything has to be so serious.

ST: Preach, boyfriend. I don’t think people think I’m being serious when I walk into the room in my sequin catsuit. You work hard but you make it look fabulous.

RJ: That's the key. You make work fun so that people want to do it.

ST: One more thing: I saw this YouTube video of you going in on a Ke$ha song. Do you fantasize about being one of her background dancers?