The Pleasures of Giant Fighting Robots

What to expect with Hawken. 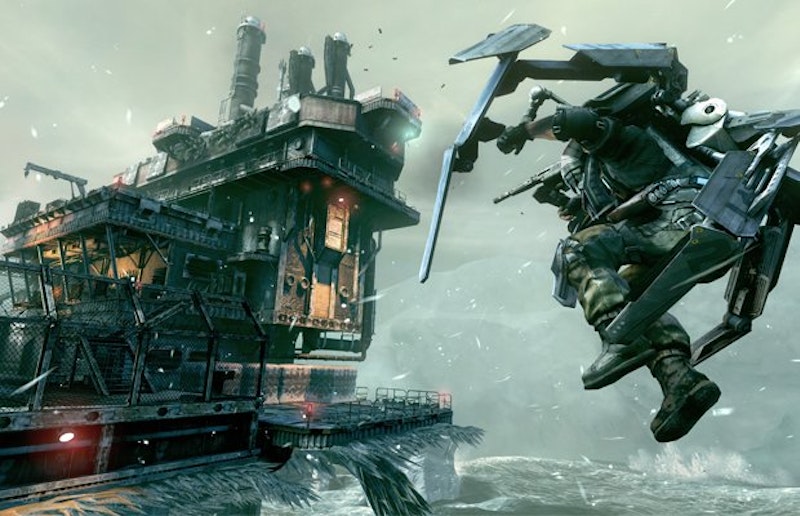 Games like MechWarrior never fail to grasp my attention, and most games with giant fighting robots tend to make my eyes glaze over in a joyous nerdgasm that can only be summarized with, “HOLY FUCKING SHIT GIANT ROBOTS! WOW!” Yes, I suppose you could call it a vice. We all have them don’t we? So when I heard of Hawken my jaw hit the ground. Then my jaw came off and slammed the door shut when I saw in-game footage. I want this game. I’ll pre-pay for it. This is a game. I don’t normally pre-pay, but for Hawken, I will.

I don’t care as much about the setting or backstory of the game. Just gimme that goddamn mecha and let me at ‘em, whoever, whatever they are. And I’ve played a lot of robot games. MechWarrior, Robot Alchemic Drive, games from the Front Mission Series and even obscure freeware titles. It’s an itch I can’t scratch.

If the game has giant robot combat, I’m there, which is why I’m so hooked on Hawken. It’s a game you just don’t see in Western markets. Don’t get me wrong: MechWarrior had a good run, but MechWarrior 4 wasn’t that great and MW5 looks like it’ll be a letdown even if it doesn’t take as long to develop as Duke Nukem Forever. Hawken is where it’s at right now.

From what I’ve been able to gather from game footage, battles are going to be largely multi-player, with a wide selection of equipment, and some high-altitude airstrikes. This game looks great. Even as a prototype it looks great. And if there is only as much backstory as offered up in a teaser I still won’t be disappointed. A battle for resources on an over-mined, over-industrialized planet? Dozens of mecha battles happening in real-time, cockpit perspective? I’m there! Even if there was no story I’d still be there. Words cannot describe how much I’m there.