Elon Musk’s acquisition won’t kill the site, but it’s not long for the Internet, anyway. 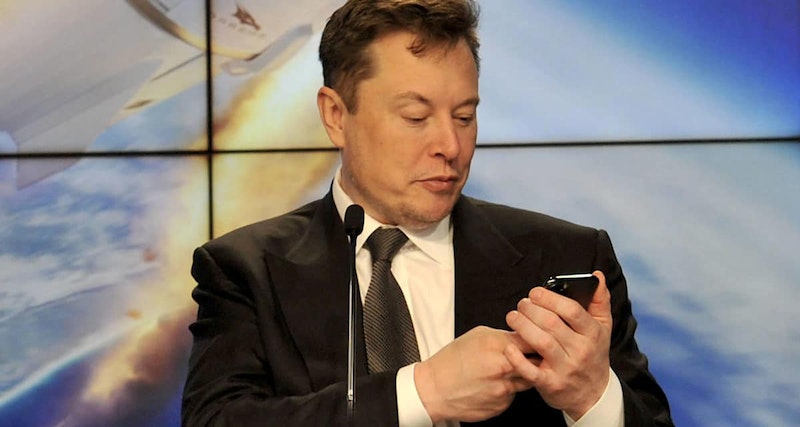 I can’t believe how much of the coverage around Elon Musk’s Twitter acquisition is concerned with Donald Trump, and whether or not he’ll return. On Monday, he said, “No way”—in as many words—and stuck to pumping his dead-in-the-water Truth Social, a social media platform that probably got the most engagement it’s ever going to get this week. Trump will return to Twitter if he runs for office in 2024, and whether or not he’s serious (was he ever?), he’s been giving speeches—and working blue (on House Republicans: “Those guys talked a lot of shit about me.”) Still, he’s a known enemy, someone who hasn’t changed his schtick in 10 years. If the Biden administration was doing a better job handling the pandemic, the press wouldn’t have to worry about “45” coming back, to Twitter or the White House. But they’ll still write about him, still drunk on the belief that Trump gets more clicks and eyeballs than anyone or anything else. Personally, I think Elon Musk buying Twitter and making it private is a lot more important.

Sometimes I scroll too much, but I’ve never had to look at my “Screen Time.” A friend called me a “lurker” because I only tweet a few times a day. Any drug addict knows this stuff effects people in very similar ways, and when the news broke on Monday that Twitter’s Board of Directors unanimously approved Musk’s $44 billion offer, most people didn’t notice or comment. They’re healthy. Others tweeted things like, “The richest person in the world can’t just buy the place where we talk.” He has, and now…what? Probably nothing, especially considering how long it’ll take for regulatory boards to approve the bid. People will forget about it like they’ve already forgotten Steve Martin playing King Tut on Saturday Night Live, or that David Lynch might be a conservative.

Twitter isn’t going to exist forever. Musk is flighty and cavalier enough that he might blow the deal up before it can clear, but what changes can he make that will drive away even the mildest Twitter addicts? Anyone saying they’ll leave won’t, just like no one moved to Canada after George W. Bush and Trump got elected. Will the “alt-right” come back? What will that even look like? The fact is that everyone from the Bruenigs to Cher uses Twitter every day, and as soon as an equally viable promotional platform presents itself, they’ll move on and so will the public. I don’t think it’ll die and change like Facebook; Twitter will never be a graveyard for dentist office memes or birth, death, and marriage announcements. Twitter will always be what it is now, and was before 2014. There will be no third act. This is its final form.

I’ve written over and over that Twitter was the only social media platform with any kind of creative form. Its 140, then 280, character limit was as much a creative limitation and challenge as photographing with only natural light, or only playing acoustic guitar. Rather than poetry, Twitter has been a bubbling cauldron of stupidity, despair, delirium, and well-crafted jokes. Because of its self-reflexive and ironic, self-defeating attitude, it’s also the only major part of the Internet that has any of the qualities of Generation X, and naturally most of them are on there. It is a global cafe, but one day it’ll close. With it, we’ll lose a form of writing and a sensibility unique to Twitter. And the way people talk about it all the time—how much they “hate it here,” on the “hellsite”—all of that means they’ll miss every minute once it’s gone. I don’t think it’ll happen soon, but it will, it has to: how could you ever have a social media account for 20 years?

There’ll be a new global village, but not yet—sometime this decade. And Musk won’t be a part of it.