Progressives say democracy's in danger with Twitter in Musk’s hands. 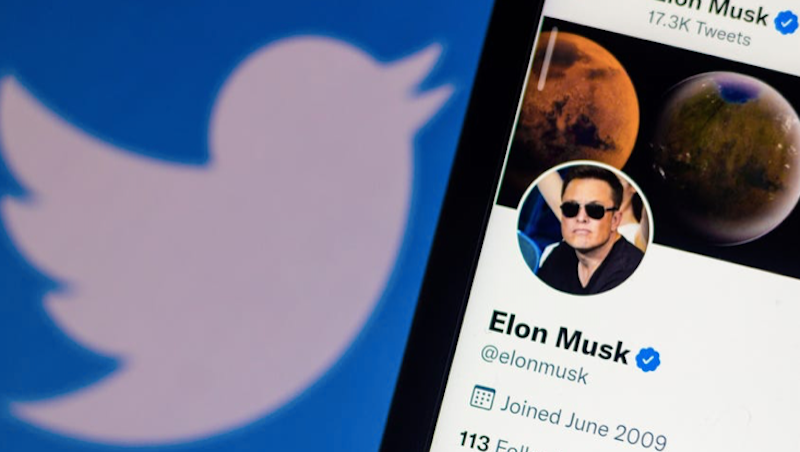 City University of New York journalism professor Jeff Jarvis must feel like he's in the seedy Kit Kat club (from the musical, Cabaret) now that his nightmare has come true—Elon Musk has acquired Twitter. It'll take copious amounts of booze to dull his pain, going by this recent tweet by the professor: "Twitter feels like the last evening in a Berlin nightclub at the twilight of Weimar Germany." Jarvis was saying that the end of democracy on Twitter is nigh, and that an unspeakably evil regime was about to take over. In this analogy, Musk is the new Hitler.

One might think that someone expressing such ludicrous hyperbole would delete the tweet when his emotions leveled out, but Jarvis has left it up to be ridiculed because he feels no embarrassment. While American journalism rests upon the First Amendment, few things scare today's progressives more than free speech.

For objective observers of the Musk/Twitter situation, all the hysteria is great entertainment. MSNBC's Katy Tur said, "Elon Musk wants to buy it but there are massive, life and globe-altering consequences for just letting people run wild on the thing." She added, "Twitter is very tricky, and it’s had a large effect on democracies abroad, but also here as we saw last year with the insurrection and as we saw in 2016 with the election."

But whatever effect Twitter had on democracy in the U.S. in 2016 was done with progressive champion Jack Dorsey at the helm. Anyway, these alleged globe-altering consequences have alarmed some people to the extent that they've announced they'll abandon Twitter if Musk buys it, although almost none of them will actually do so.

Katy Tur also said this: "There are real and devastating consequences for using that platform to lie. And we’ve seen it, we’ve seen it happen." In her rarefied MSNBC world, no Democrat would ever think of lying on Twitter. All of that network's hyperventilation about the Trump-Russia conspiracy, for example, was purely fact-based. And did it deal truthfully with the Hunter Biden laptop story? Joe Scarborough declared the New York Post story on the laptop was "Russian misinformation" as soon as the story ran, but when it was finally proven true, the MSNBC host skirted around the misinformation he'd spread.

The fact that none of the Musk alarmists actually know how the billionaire will reshape the social media platform hasn't deterred any of them from sharing their panicked thoughts. The Washington Post's Max Boot, always good for an overreaction to some perceived crisis, said, "I am frightened by the impact on society and politics if Elon Musk acquires Twitter." He also tweeted, "For democracy to survive, we need more content moderation, not less." Elizabeth Warren said that the Musk acquisition is "dangerous for our democracy."

We're always on the verge of losing our democracy when the progressive commentariat goes into tilt mode.

Much of the panic's been induced by fear that Musk will allow Donald Trump back on Twitter, but that's not a given. The Tesla and SpaceX founder has said that he wants Twitter's algorithms to be transparent, which would have some plusses, but would also open doors for spammers. And he'd most likely cut down on lifetime bans. Musk's comment on Twitter, immediately after he purchased it was, "The extreme antibody reaction from those who fear free speech says it all."

If Musk can adjust Twitter's disciplinary oversteps, that’d be a positive change. I've been suspended from Twitter, for short periods, four times for no legitimate reason—mostly for harmless jokes that their algorithm couldn't understand. But at least I didn't get a lifetime ban like Megan Murphy did for tweeting, "Men aren't women." That's the kind of free speech that scares people like Katy Tur and Jeff Jarvis. Twitter needs a reset so that people don't get kicked off the platform permanently for saying something that's not popular among progressives. The punishment must be tailored to fit the crime, not to please a handful of noisy activists.

The Left is verklempt over the prospect of the propagation of hate speech and misinformation on Twitter, but they’ll brook no debate when it comes to defining what constitutes hate speech and disinformation. It's upsetting for them to think that things they arbitrarily determine to be transphobic or Islamophobic may no longer be banned on Twitter. Jack Dorsey went along with that, but Elon Musk won't.

On MSNBC, Ari Melber sounded panicked and confused with some wild speculation. "If you own Twitter," he said, "you don't even have to be transparent. You could secretly ban…all of a party's candidates…and the rest of us may not find out until after the election." So we're supposed to believe that Musk might covertly ban the Democratic Party's presidential nominee in 2024, and people wouldn't figure what was happening in real time? These fever dreams are spiraling out of control.

Progressives are sure Twitter's about to become a vector of hate and harassment. Most will recall the Democrats' frenzy over the "net neutrality" issue, and what a non-story it turned out to be after months of pointless chatter about it, including from Barack Obama. It's not even clear that Musk won't lose interest in the platform after he realizes that some of his ideas about changing it are based mainly on his own Twitter experience and don't translate very well into the experience of general users.

It's doubtful that the changes coming for Twitter are as dramatic as our many dramatic pundits assure us it will be. Instead of Twitter turning into Gab or Parler, the platform will probably revert to where it was a few years ago, when there were fewer restrictions and harassment was a problem. Elon Musk is going to find out that bringing free speech to Twitter is a much thornier issue then he thinks it is.