Watching you watch me watch you. 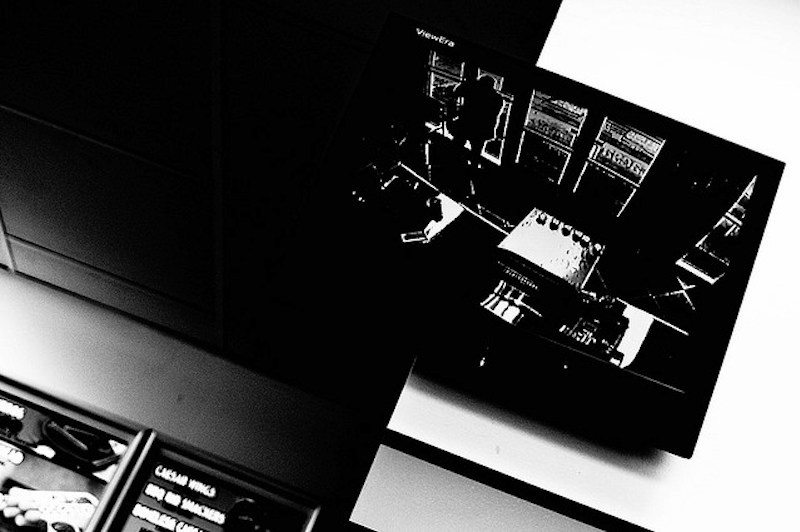 “You know where you stand in a hell hole.” Spinal Tap said that—amplified, with feeling, so it totally means something. Where one stands in a cubicle farm is less clear. Where one stands in a cubicle farm where the cubicle walls rise to a height of three to four feet is even less clear than that. Granted, the temperature of the office can be taken quickly upon arrival or return from the restroom—unless you’re Verne Troyer. That’s the sole bonus of mini-skirt cubicles. The pitfalls: everyone can see what you’re doing, all the time, and you can see what they’re doing, all the time, even when you don’t want to know what they’re doing and they don’t want to know what you’re doing. So workplace existence rapidly turns into the beginning of Office Space, where an incessant parade of pesterers get all up in Ron Livingston’s grill about how he didn’t complete a TP report properly, except that in reality almost no one is looking for you or at you; they’re looking over you, for other people, through the near-by plate glass window, at your family photographs. But because peripheral vision doesn’t usually allow us to make allowances, to distinguish between intruding glances and accidental ones, every visage materializing into almost-view assumes an unearned profundity or seems intended to send a signal of some sort. A defensive hunch of the shoulders accompanies sneaking the occasional peek at Pitchfork or newyorker.com, a useless reflex, because one’s dual monitors are elevated and, really, one could be watched from five or six directions simultaneously over the ludicrously low tan partitioned cubicle walls everyone is surrounded by where I work. And this carefully engineered illusion of openness fosters a worrisome boldness in interlopers. Because are you jamming out? Is your headphone jack a distinctly different color than your skin, so that it’s super obvious that you’re jamming out? Is it just very, very apparent that you are in the zone, accomplishing, say, a work-related task of a mandatory nature, powered by caffeine and ambition and paint-snarling noise music? Low walls embolden other people to not care. They will invade your field of vision and start talking to you as if you and they were already engaged in conversation, leaning in over walls, draping arms over the edge, pulling a chair in and forcing you to acknowledge that, in a sense, the placement of your shoulder bag and lunch sack was heretofore forming a sort of defensive perimeter, a border to discourage lingering. And then it is time to talk, to listen, to fucking palaver, to temporarily blot out the constant buzz and bleep of Microsoft Communicator, Microsoft Outlook, and the half-dozen applications one has operating at any one time in the service of the information economy.