On the use of Bitcoin. 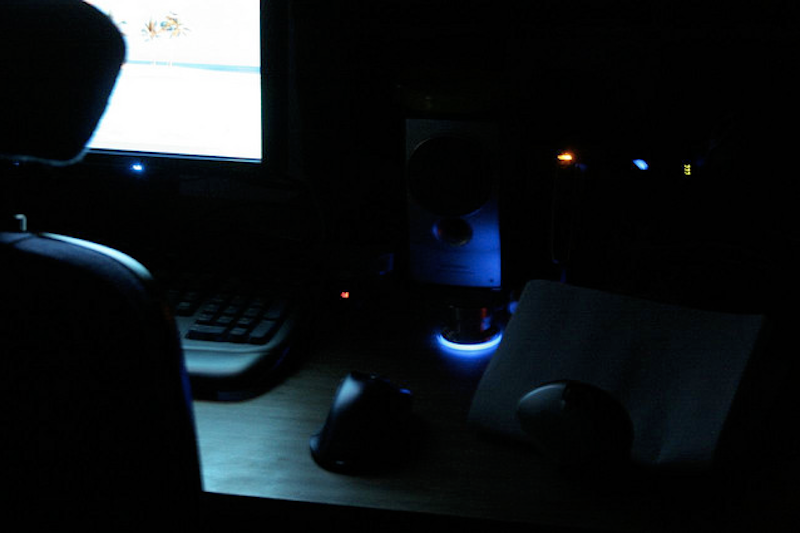 Bitcoin, a crypto-currency, is probably overlooked even as this is written. It’s a very unique form of money, developed by nerds, with some securities that traditional currencies lack in terms of anti-counterfeiting measures and protections. This crypto-currency is made by using multiple layers of very complex math with a knack for being redundant until the benefits of trying to cheat the system just become too expensive and time consuming. Ultimately, once you’ve done the math it would have been vastly cheaper, quicker... less painful to have just purchased some Bitcoin instead of trying to double spend or counterfeit some Bitcoins.

The process of minting Bitcoins is done by users who donate their computing resources to solve the problems needed to make a block. Blocks are a record of transactions, with a random number and some more math performed on the previous block using a cryptography algorithm. They are rewarded for their efforts with a small fee, which is currently 50 Bitcoins. In the future the reward will be smaller because the availability of remaining Bitcoins will go down and their value may go up. There is a method for this change in reward; it halves every 210,000 blocks solved (25, 12.5, 6.25, and so on until it reaches zero). There are currently 115600+blocks. Considering it takes an average of a year for minters to solve a block, and when you factor in the rising difficulty to solve blocks and the decrease in reward per solved block at intervals of 210,000 blocks, inflation is more than controlled; rather it is well-balanced.

Bitcoin transactions travel through a peer-to-peer network and are not only observed by directly connected peers, but also by every peer connected to a master chain of peers. The master chain then feeds a record of transactions to connected peers and all parties involved can, in real-time, verify and validate transactions that have been performed. How secure is Bitcoin? The Bitcoin client is an open source program. This means everyone can read it, compile it, and verify the security that goes into it. You don’t need to trust the developers to verify what’s in the source. The code speaks for itself on how secure and anonymous Bitcoin is. It certainly appears to me Bitcoin is free from censorship. While Bitcoin transactions are tracked, and transactions can be viewed by all, the parties involved are anonymous as all that is listed in the information fields of transactions is the pay and payee addresses.

Currently there are more than 5.5 million Bitcoins in circulation. But while the number of Bitcoins grows slowly every day, there will never be more than 21 million. Thousands of transactions occur daily; since 2009 the value of the Bitcoin has grown closer to that of the US Dollar.

But what can anyone do with Bitcoins? How many hours of labor does the Bitcoin pay for? Does the Bitcoin even have value? These questions can be answered. Bitcoins can be used to buy clothing, webhosting, tutoring; there are even jobs payable in Bitcoin and markets fo trading Bitcoinas a commodity. The list of things you can pay for with Bitcoins grows as I type. As for how many hours of labor the Bitcoin can pay, that’s a nebulous point when compared to the dollar, which on average doesn’t pay for even a single hour. Frankly that debate is a last douche effort to shrug off the validity of this new currency. Regarding deflation and to add further definition to the value, the Bitcoin is divisible to eight decimal places, which is good in the event Bitcoins rise to a high value.

If you want to get started with this software you can either download the client or use a service like MyBitcoin [mybitcoin.org] so you have an address to start receiving Bitcoins. With that out of the way, buy some Bitcoins from a currency exchange or a market and soon the Bitcoins will be sent to your payment address. There is even a site to get some free Bitcoin if you want to see how it works. If you’re feeling generous, donate some to a cause or charity that accepts Bitcoin donations.

Again, there are more than five million Bitcoins in circulation with thousands of transactions occurring daily, and thousands of currency exchanges for Bitcoin everyday. With a growling list of services and items to pay for using this new currency it certainly seems like Bitcoin won’t go anywhere but up.