The "Trayvoning" meme has garnered across the board censure. 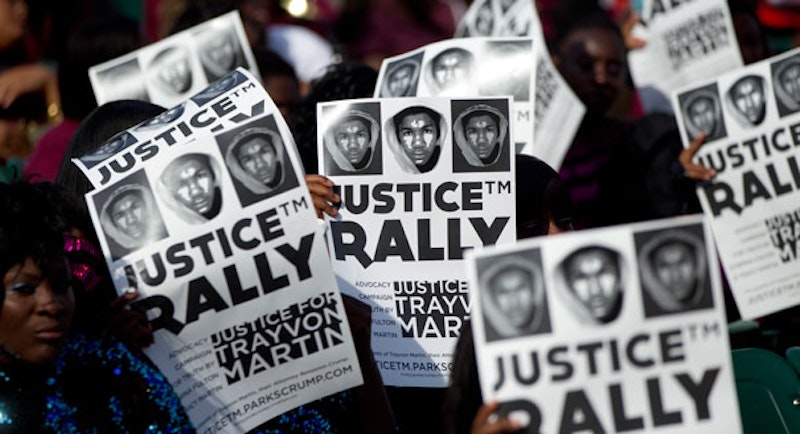 As the trial of George Zimmerman unfolds, media coverage of the March killing of Trayvon Martin has assumed a more subdued tone as questions are finally answered. Social media, however, reveal that wounds are still fresh and tensions are as high as ever. Most recently the "Trayvoning" meme has provoked outrage and stirred up the raw emotions experienced by many who were horrified at the original story.

"Trayvoning" is a play on the trend of "planking" and involves posing on the ground with a bag of Skittles and Arizona Iced Tea in a backfired attempt to make light of the case. As the majority of those who appeared in the photos were white, an additional racial component to the sheer tastelessness of the stunt emerged. There's little question the photos are racist both in intent and delivery.

There's been the typical shifting of blame between the responsible parties, each one admitting to what they did individually but not their part in a campaign of racist mockery. They're fairly young and naive, but what they've done is pure sadism. For once, the outrage has largely drowned out the offenders. The Tumblr site is overwhelmed with negative comments and passionate appeals to protect the dignity of the young murder victim that was being used for a mean-spirited Internet joke.

While much of the controversy has developed in a pattern to similar incidents, the volume and unity of the opposition has been impressive. Considering that the case has so deeply divided people, the clear and obscene racism on display has found few supporters. Even those responsible have downplayed their roles. For a venture that seems to have taken some amount of special effort and planning, it's being defended as if it were a spontaneous idea instead of a calculated effort to elicit a reaction (just not as strong of a one as occurred).

The response to this incident also reflects a certain maturity that has arisen among the frequently juvenile, oblivious and privileged world of social media. Just a few years ago purposely tasteless images such as these might not have gotten much attention, but also would’ve reached fewer people and not as quickly. Regardless, those who oppose such imagery have become more vocal in their concerns in recent years. The days of "anything goes" attitudes are coming to a close as a new era of accountability begins among social media sites. Free speech is not hindered, as anyone can still post almost anything they want wherever they want, but neither are the consequences for using that speech in a harmful manner.