If you’re a Melee player, start talking to your local scene. 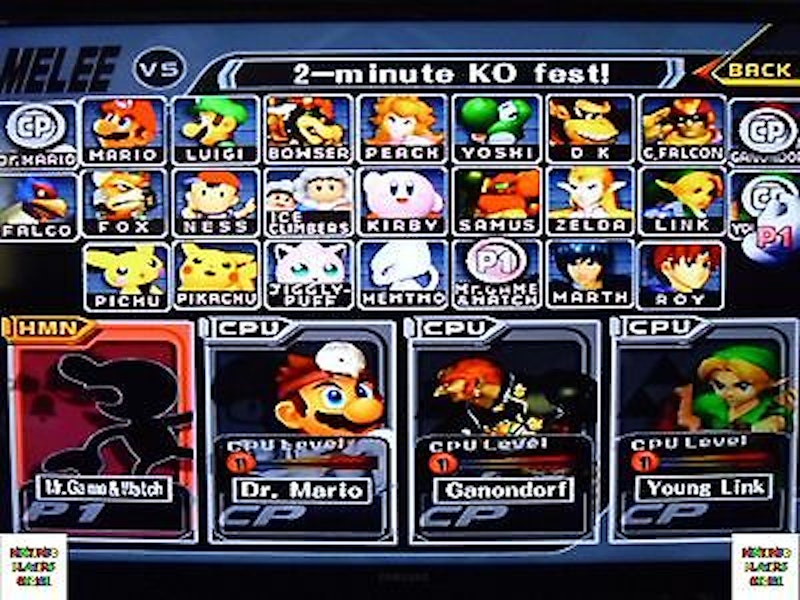 There’s been a lot of talk this year about an impending market correction that spells doom for the esports industry. Maybe you’ve seen the Kotaku report: streaming services inflate their numbers, leagues are dependent on developer funding, and everything’s poised on the precipice of total collapse.

But one esport is relatively impervious to these market forces: Super Smash Bros. Melee. Unlike larger esports such as League of Legends or Overwatch, Smash has never received significant funding from its developer, Nintendo. Instead, the competitive Melee scene has blossomed through grassroots organizing—slow, natural growth that has seen the popular fighting game transition from ramshackle basement events to the biggest stages in esports.

In spite of this success, nobody seems to believe that Melee can grow any further. At this point, it’s clear that Nintendo isn’t going to cave and sponsor Smash majors any time soon—and why should it, if a vibrant competitive scene already exists without developer support? But without some sort of monetary inflow, Melee will inevitably peter out as an esport. Already this year, players who once appeared on the cusp of Melee’s highest echelons, such as Kalindi “KJH” Jabari Henderson and Toussaint “2Saint” Turnier, have been forced into half-retirement due to the lack of financial opportunities available to Smash journeymen. Something needs to be changed in order to make top-level Smash a viable—or at least semi-viable—career path.

In recent months, suggestions that the Smash community should use crowdfunded wealth to fund community growth have been pooh-poohed across the board. One person was roundly (and fairly) criticized for trying to get Smash players to vote for Andrew Yang in order to save Melee using the Freedom Dividend. Recently, Arian “The Crimson Blur” Fathieh became the butt of light mockery after he proposed that major tournament organizers would be able to work more efficiently if their labor was crowd-subsidized via Patreon.

I think the Melee community should take these suggestions (well… Blur’s suggestion) more seriously. Super Smash Bros., with its relatively small but fervently loyal fanbase, is perfectly positioned to pivot to a crowdfunding-based infrastructure. We’re already halfway there. Twitch subscriptions, Smash Summit compendia, and even local-tournament venue fees are all more or less forms of crowdfunding. The players who can make a living out of Smash, like Joseph “Mang0” Marquez, largely do so thanks to contributions from a broad fanbase, and the largest prize pool in Melee history was the result of a crowdfunding campaign. But instead of fracturing the community’s funds into a number of different revenue streams, why not consolidate them into a funding pool that can be used to support Melee as a whole?

This is getting into fanciful territory, but bear with me. The average concurrent viewership for the final day of a Melee major like GENESIS or The Big House is typically at least 50,000 people. Let’s say 15,000 of those viewers are the diehards—the fans watching qualifying pools play and spectating weekend-long events—and another 20,000 are loyal but less committed fans who generally tune in for the finals of every event. If the diehards are willing to contribute $100 per year to a salary pool, and the loyal fans each chip in $50, then the resulting cash pool would be $2,500,000.

Think what could be accomplished with that kind of money. For example, $2 million could become $20,000 salaries for each top-100 player. With this kind of funding, pro players can travel to every major tournament per year and have money left over for food and rent. The overall level of competition would increase significantly, and future rankings would be far more accurate due to the increased top-100 representation at every major. And there’d still be $500,000 leftover to pay tournament organizers, volunteers—and, cough cough, writers.

Getting thousands of people to pony up this kind of money, even on a yearly basis, is going to take some kind of incentive, and I don’t think promises of consistently exciting gameplay and superior year-end rankings are tangible enough to get people to contribute. But I’m just pointing out what we could do with the kind of wealth that exists within the Smash scene, not to propose a thought-out or detailed plan. That would be the responsibility of Melee’s central governing body—which already exists. They just haven’t gotten off their asses in a while.

If you’re a Melee player, start talking to your local scene. Ask people how much they’d be willing to throw into a central cash pool every year. Point out that the game that we all love is destined to die out unless it becomes a more sustainable career for its top players. Remind people how much fun they have watching major tournaments every month, and how (relatively) boring things were for spectators before Melee blew up in 2013. And talk to people in other small esports, too, because I think most of these arguments would apply just as well to games/communities such as Tekken, Heroes of the Storm, and even arcade favorites like Killer Queen.

I’m saying this for selfish reasons. There are multiple writers and content creators who are able to make a living focusing exclusively on esports like League of Legends and Overwatch. Melee is a superior title, objectively the best video game ever played for money. If Smash grows larger, top players won’t be the only ones who will benefit; the whole community and infrastructure surrounding the game will be buoyed to a more favorable position.