The Student as Uighur*

We're subordinating you because we care. 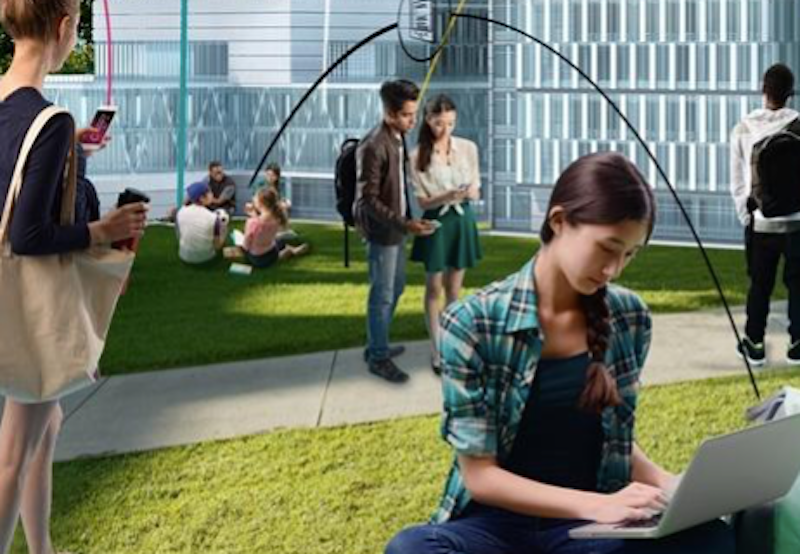 In 1973, as a 10th grader, I was permanently removed from the DC public school system. The last straw for administrators was that I’d seized the microphone from the principal at an assembly and denounced the oppression of students. By that point, I’d experienced public schools for some years as Eastern bloc dictatorships a la Nicolae Ceausescu's Romania. Principals and teachers thought they should be able to tell me what to wear. They thought I should autonomically move my body from place to place as directed by bells. They said I couldn't leave. If they caught me fucking around, they tossed me into detention. But the whole complex was obviously a detention facility to begin with, fueled by surveillance of students and marks on our “permanent records.” Starting about age 12, I ceased to acknowledge their right to treat me in any of these ways, and I expressed myself about that with notable clarity.

I ended up at a "free school" downtown which had no actual classes, and I never expected to engage in formal education again after that. My parents had other plans, and managed to wake me up one Sunday morning and drive me over to Walt Whitman High to take the SAT. They applied to the University of Maryland on my behalf, and I got in on probationary status with a fabricated transcript from my hippie school. But what I found in college—really in the English department with such teachers as the Shakespeare scholars Jane Donawerth and Sandy Mack and the poet Reed Whittemore—made me fall in love with higher education, and I've been in academia, with a couple of years off, for the past 40-some years.

Whether I regret the decision to spend my life in academia now is neither here nor there, but what made it possible for me was that in college I was treated with what I would describe as basic respect. You didn't have to be there at all, and you could drop out any time you pleased. Most professors didn't take attendance. I had pretty good control of what I wrote about and how I wrote it, within the parameters of a subject matter I’d voluntarily chosen to pursue. Nobody gave me a curfew or asked what I was doing when I wasn't on campus or told me that I was wearing an impermissible shirt.

But just as the administrators of DC's public school system applied the classic techniques of the communist dictators, schools now are emulating the contemporary surveillance state, a la the Peoples' Republic of China: tracking the movements and activities of students continuously through the miracle of cell phones and algorithms. Last week The Washington Post published an extremely disturbing story summarizing these developments. And what's most disturbing is that the new techniques of domination are being pioneered not by middle schools but by colleges.

"Short-range phone sensors and campuswide WiFi networks are empowering colleges across the United States to track hundreds of thousands of students more precisely than ever before," the Post reports, talking in this case about Bluetooth beacons installed semi-secretly around the campus of Syracuse University by a company called SpotterEDU. "Dozens of schools now use such technology to monitor students’ academic performance, analyze their conduct or assess their mental health."

"Instead of GPS coordinates," the story continues, "the schools rely on networks of Bluetooth transmitters and wireless access points to piece together students’ movements from dorm to desk. One company that uses school WiFi networks to monitor movements says it gathers 6,000 location data points per student every day.”

A spokesman for SpotterEDU refused to show the Post reporter the Bluetooth beacons installed in a classroom at Syracuse on the grounds that they, and the University, don’t want the students to know what the beacons look like, so that they won’t be sure when or whether they’re monitored, and hence may act as though they are being monitored at all times. Also, if students knew where the beacons were, they could disable them. This is just exactly a totalitarian surveillance state, and it treats students as objects to be processed rather than as persons to be respected.

They can detect, for example, if you're skipping classes. They can detect if you're staying in your room rather than engaging in various activities, and thus flag you as a mental health risk. They can tell if and when you're eating or working out. They have algorithms that can identify students who are at risk of dropping out. They're liable, it strikes me, to be able to tell what you're reading and monitor your vital signs and roll it all up into an assessment of whether you are at risk of messing up the college's budget model.

There are several justifications. Schools are concerned about their students' mental health, and that does seem to be a particular and increasing problem. No one knows who the potential shooters are, of course, until SpotterEDU tells us. More positively, they want students to have the best experience possible, which would include attending class and engaging in extra-curricular activities. They want to prevent people from dropping out by intervening at the first ping of a problem.

That last bit is what is actually driving this, as you might’ve suspected. I’ve attended many faculty meetings over the last few years in which we focused on "retention rates." The college-age population has dipped and with it the number of students many colleges can manage to enroll every year. Many institutions, including my own, have been under ever-more financial strain because of this, or have lurched fairly suddenly into a full crisis. Retaining the students you already have is relentlessly central to everyone's financial model, more central than you might think.

If a college is hiring contractors to monitor students (and, as a matter of fact, professors, administrators, and staff) you’d best believe that this can be justified only if it saves or generates more money than it costs. So the admin's nurturing concern for their students' welfare, while touching, is not particularly relevant except as a propaganda ploy. And the whole structure—we're subordinating you because we care—is also traditional in an Eastern bloc dictatorship or a Chinese internment facility.

Admittedly, pursuing such strategies helps prepare students for a world in which corporate and state surveillance is ubiquitous, in which the algorithmic tracing of their location will follow them to their final destination and beyond. But how prepared for that world do we really want our people to be? If universities can’t treat their students with minimum respect as adults, as agents of their own learning rather than mere victims of it, they ought to be at their final destination as well, tumbling into the grave either through bad retention rates or by the sudden realization that they have become flatly inimical to their own stated values and purposes.

*With apologies to Jerry Farber, author of one of my favorite works circa 1972: The Student as Nigger.