The Cloud vs. The Bandwidth Cap 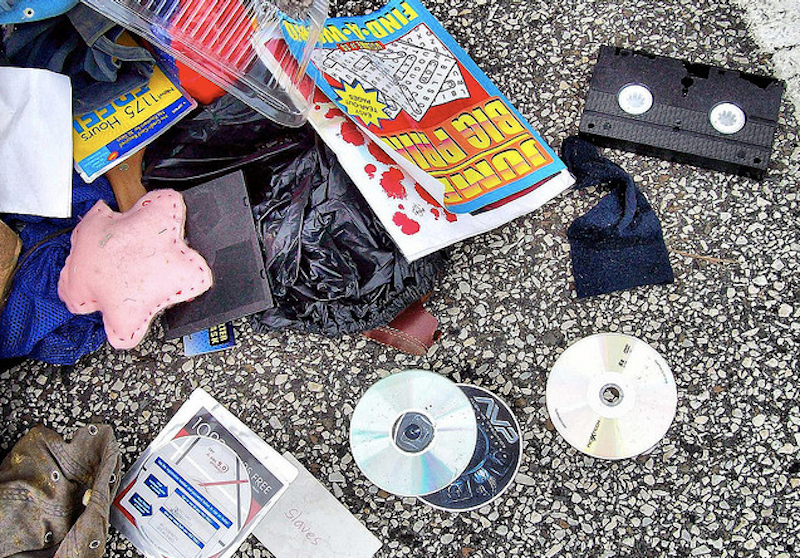 You almost had me, “Cloud.” I was nearly convinced that physical forms of data were becoming completely outmoded. You’d promised to keep all of my information safe in a bubble-wrapped, triple-locked, ultra-secure realm of magical air in a mysterious unicorn palace somewhere in Silicon Valley, Narnia, and I wouldn’t have to lug around my DVDs and CDs anymore. And any time I wanted to see my stuff, I’d simply ask you, and you’d immediately oblige, day or night, rain or shine. It seemed like a fair trade. A few crates of CDs tend to get heavy, and scratched, and lost—and I’ve been striving to become as light as possible. “Cloud,” you got me hooked on the inexpensive convenience of steaming Netflix through my video game systems and computer, and learning about new musicians on Internet radio. My own collection of physical media has dwindled to a ton of books, the essentials on CD, and the truly essentials on vinyl. You know, for when the magnetostorm hits the Earth and digital media ceases to function properly, of course. I don’t want to go through Armageddon without In the Aeroplane Over the Sea.

There is a lightness in casting off possessions which digital media, and the Cloud, enables. I know this sensation, as a hardcore collector, and I deny it regularly when a new Batman action figure pops up and I cannot repel the need to own it because it bears a slightly different Bat-symbol on its chest. The Cloud can’t solve all of my problems, but I was hoping that it could solve a few square feet’s worth.

But, dear “Cloud,” in order to use you properly, I need to have a strong, consistent, unmitigated connection to you via the mighty Internet. Right now, in my little part of unincorporated, upstate, backwater, cousin-groping New York, I don’t have to face any bandwidth caps, though many of my surrounding areas do. These caps level off at 250GB, or 150GB, or if you’re unlucky enough to live in Canada, a paltry 25GB of data, which is a rate that generally includes both uploads and downloads. While these caps are not yet universal, they exist, and they’re spreading like kudzu. These caps directly conflict with the concept of the uninterrupted, always-available Cloud, and it’s going to be a fight to the death.

We’re at a juncture where we need to decide between ephemeral information and the ability to access it freely, or keeping our information safely to ourselves and allowing corporations to limit our access to the Web.

As someone who works from home on a part-time basis to augment a pathetic full-time income, bandwidth caps might come at a fairly significant cost. As a writer, researching articles requires repeated visits to websites, re-loading pages, and many false leads. As a graphic designer, downloading and uploading high-resolution images and bouncing repeated samples and revisions off of flaky clients can consume a very large amount of bandwidth. If you edit video on a freelance basis, god help you: transmitting professional files can potentially cost you as much as you’d earn from the project itself.

While I’m still not completely convinced of its effectiveness, the Cloud is an ecologically friendly solution to the ever-growing glut of physical media. When you cut out the expense (both financial and ecological) of using oil to produce plastics for CDs and DVDs, and the paper necessary for labeling videos and music alone, the impact is not insignificant. When we’re kept from the effective technology of the Cloud by narrowing our portal into it, it’s understandable that we’d be reluctant to release our Lord of the Rings Blu-ray from our sweaty little palms.

If these bandwidth caps become universal, the nature of the web will need to change. Rather than inundate us with sales pitches and spam, websites like Amazon will potentially have to limit the number of images and advertisements they display on their home page, or suffer through a decrease in visitors who wish to conserve their browsing allotment. Quick-loading text may replace higher-consumption images. E-mails may be printed, rather than referred to multiple times, consuming greater physical resources. Tangible forms of media will retain their stranglehold on our living space and environment. Websites will need to prove their value to the viewer by providing quality content, or suffer the terrible wrath of being ignored and passed over for smaller, more specific prey. This honing of content moves right along with the idea of Web 3.0, but not without paying greater cost by eliminating the power of viral media and the voice of the people. Your Fairuza Balk fansite will see nary a visitor.

Perhaps I’m spoiled by my unhindered access to knowledge and opinion, and the ability to express these things without any real technological barriers being thrown before me, but like all socially valuable things, the Internet is a tool. When you implement a bandwidth cap, it’s like buying a hammer that self-destructs after 500 strikes, whether or not you hit the nail, or even swing it at anything in particular.

We’re faced with two methods of managing information that are in sharp conflict which each other. I’m hanging onto my Morphine CDs. Just in case.