On the Apple FaceTime campaign. 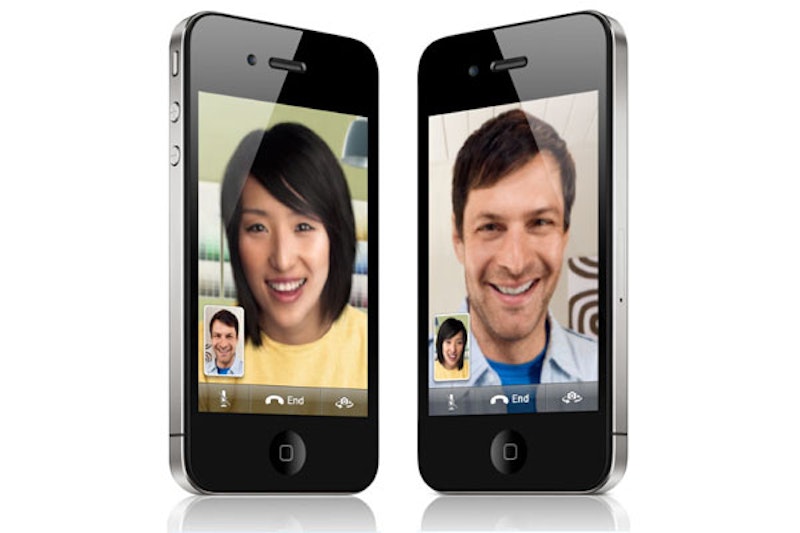 The socially progressive inter-racial couple demonstrating Apple's FaceTime may be a concession to the convention of the Asian/white combo; specifically, an Asian female with white male, and not the other way around. I’m an Asian male, and arguably biased, but let me point to an empiricism I hope is neutral. I’m less angry than simply tired.

According to OkCupid's dating research blog, in an article examining how race affects the number of messages sent and replied to, "White women prefer white men to the exclusion of everyone else—and Asian and Hispanic women prefer them even more exclusively. These three types of women only respond well to white men. More significantly, these groups’ reply rates to non-whites is terrible." Granted, these people are on OkCupid, a less than scientific enterprise, and while I'm not keen on racial reductive reasoning, it seems—just walk down the streets—fairly reasonable. In fairness, nobody can be expected to be attracted to a particular race out of political correctness, which is why Apple's ultra-PC campaign of compulsive diversity hits less of a nerve than its own toe. Apple's ethos, and perhaps genius, is the sheen of the populace over the corporation. Marketing executives with degrees in social psychology get paid big salaries to come up with "Yeah, we need a black guy." iDuh.

All the FaceTime participants for both the iPhone and iPad feature an inter-racial couple, with the default White as the safe fulcrum; Asian/white and Black/white (Hispanics haven't made the socioeconomic grade yet). The family narratives, set forth by children, are usually white and cordoned with a white picket fence, artistically blurry in the background. It's the dating, courtship, and relationship phases that are inter-racial—Apple the pimp of a mulatto world. The implicit White race as the "value"—tonal, and perhaps even qualitative—by which the "other" is asserted is not racist so much as it is obtusely post-imperialist. Why not go all the way? Why not just a bunch of Hispanics and blacks pleasantly conversing? White reminds us we are still at home, that these conversations will always remain civilized.

Yes, I’d probably complain even more if the FaceTime campaign were exclusively white. Apple, in essence, is on the "right" side, and I acknowledge their sensitivity. Here lies the social paradox of our time: Political correctness, in response to a subconscious norm, is reduced from its necessity to a thoughtless motif. But sadly, just drive across this wide flat country, and you’ll see it's still necessary.