The Bold Return of Adventure Games 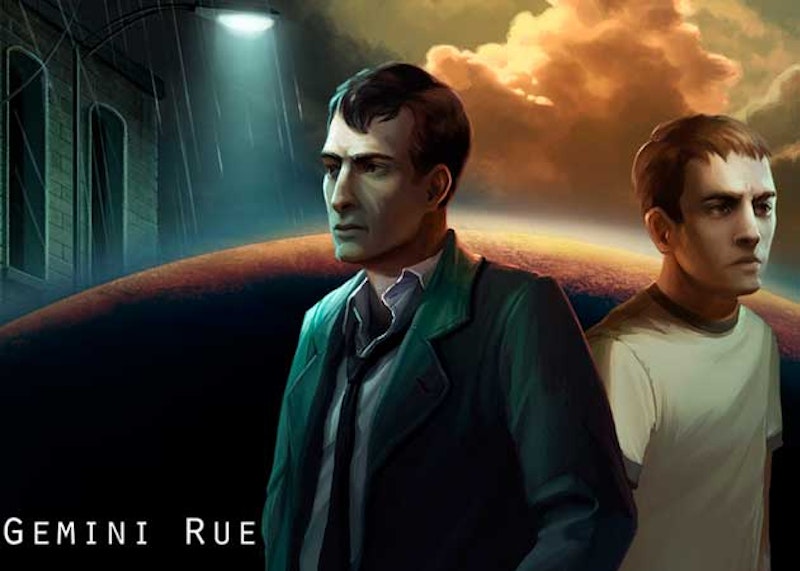 Death reports of the point-and-click adventure game genre are mostly bogus. On the contrary, it’s mostly been on sabbatical, working out in the lab to keep things fresh. There are now new ways to make the player interact and take in the story. Adventure is looking really good for now, and there’s more in the future.

Recently, I was given a copy of an adventure game called Gemini Rue. It kind of blends the themes of a space opera with cyberpunk circa Blade Runner. Despite the somewhat low-resolution graphics, the content so far has blown me away. The music got me nostalgic for some cyber-noir scores. The problem of figuring out if the player needs to use and give with objects and other characters has been nicely solved. This game took a really inventive approach to inventory, actions, and gameplay. It reminded me of games like Policenauts and Snatcher for their combat dynamics.

But Gemini Rue doesn’t stop at hand-drawn visuals or new ways to play. It also drops a few dynamics in storytelling and perspective. A few games have toyed around with playing the game through a second character, such as Machinarium for example, but the playtime with that dynamic is short-lived. In Gemini Rue, it becomes central to the game early on and remains for the game’s duration. It’s easy to make it clichéd by playing "both sides of the story,” but instead players get different angles from two seemingly related characters. We watch them move toward their goals and are at times forced to play through the other character to make the action progress.

As inventive and original as Gemini Rue may appear, it is yet another indie game, and might not make game of the year with G4 or Gamepro anytime soon. Short of Yahtzee Croshaw taking the time to breathe on it games like Gemini Rue will probably stay in the underdog category. Regardless, hats off to Wadjet Eye for making this game and giving me something I don’t need an excuse to play.

Games like Gemini Rue are popping up all the time. Some are trippy, and some have very similar mechanics. If Adventure keeps this up, there might be more decent games hitting the table that do a lot more than just make nods and winks at titles already made. The adventure game genre isn’t dead; it was just stale for a while and needed to put down the Escape the Room games for a while.