There are too many conversations going on at once. 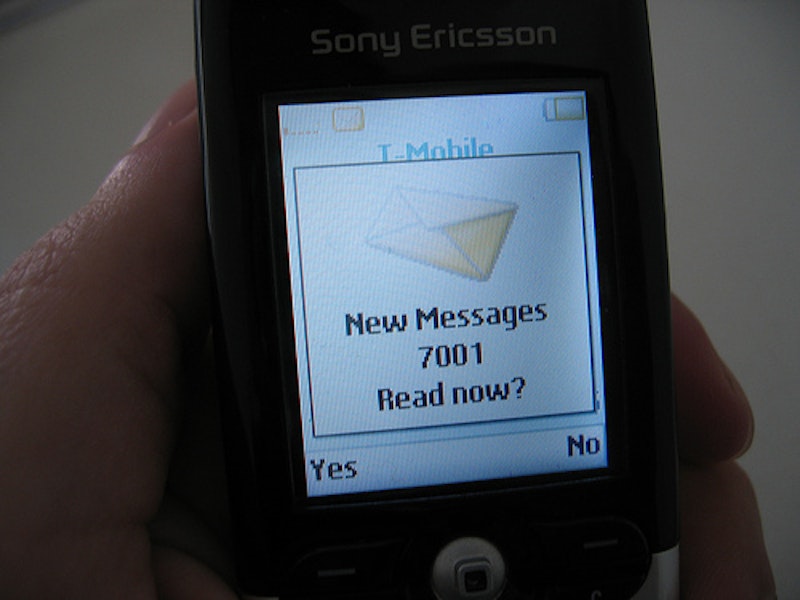 Recently in The New York Times an article called "Antisocial Networking" posed the issue of whether or not social networking sites like Facebook, as well as the standard teen communication method of text messaging, are harmful to the personal communication skills of teenagers.

As a mother of a teen and a pre-teen (with two more kids on the way down the texting pike), I was interested to hear what the experts had to say on the matter. Although I was a girl with a harvest gold yellow rotary phone (wired myself through a homemade hole in the wall) in my room back in the 80s, I have actually adapted well to the natives’ natural texting language.
Now, I am more likely to be annoyed at women my age who do not text than to complain about kids spending too much time texting. Once you get used to it, texting is the perfect communication method, and ditto Facebooking. You are able to choose when, how, and how much interaction you want without the personal space-invading voice telephone call. Heck, on Facebook you can even “hide” people- a luxury we do not have in the real world.

However, apparently other women of my generation (which I think, unfortunately is “X”—hey, I didn’t pick the dumb name) disagree. The psychologist quoted in the article, New York University’s Dr. Lori Evans, stated, “When we were younger we would be on the phone for hours at a time with one person,” said Ms. Evans, adding, “Facebook is not a conversation.”

Because I have conversations with people on Facebook all the time—a family member on the other side of the country I never get to see, a friend of my daughter’s who commented on a picture, a work colleague about an article I wrote. I have more conversations on Facebook than I do in the real world. Which I am okay with, though admittedly I am a bit anti-social. But doesn’t that mean that “social networking” MAKES me more social? If I can’t stand most people in the real world, but I comment enthusiastically on walls, at least I am interacting. Right? A dad in the NYT article agrees—he said his teen, who is shy, will “chat” with a girl on Facebook but possibly not in person.

Dr. Evans’ “back in my day” argument is stale and yawntastic. The fact that we Xers chatted on the phone for hours with people when we were younger doesn’t mean we can or should be spending our time doing that today (Hello! Minutes aren’t free!), so why are teens supposed to think this is a groovy idea? One teen calls actual telephone conversations “old school” and I found myself nodding in agreement.

Of course Facebook is a conversation. So is texting. So is tweeting. It’s not as much conversations that have changed as methods of communication available through new technologies.

Why was Dr. Evans spending hours on the phone instead of sending cave drawings back and forth to her friend? Because technology had improved.

I happened to have real, live actual teens in the house on the morning after prom while I read the article so I asked them. I told them about the article, reading parts of it, and one of them asked if spending too much time on the phone for hours at a time was something the psychologist would have gotten in trouble for “in her day,” because it’s all relative. I asked: Are you guys less social because of technology? No, they said, we are MORE social—sometimes too social because of all the conversations going on at once. Then I taught one of them how to hide someone with too many annoying status updates on Facebook, and she was thrilled.

So the complaints by experts that teens aren’t interacting enough in person (not true anyway; this is more a function of personalities than technologies) are hollow. They are what I’d call “Textually Inconsistent,” a teen term I love referring to someone who infrequently responds to text messages.

Have thoughts on this article?

Mary T. McCarthy, who loves social networking and can be found on twitter @marymac, is the founder of pajamasandcoffee.com and is excited to be getting the iphone. Finally.