Stuck in a Rut 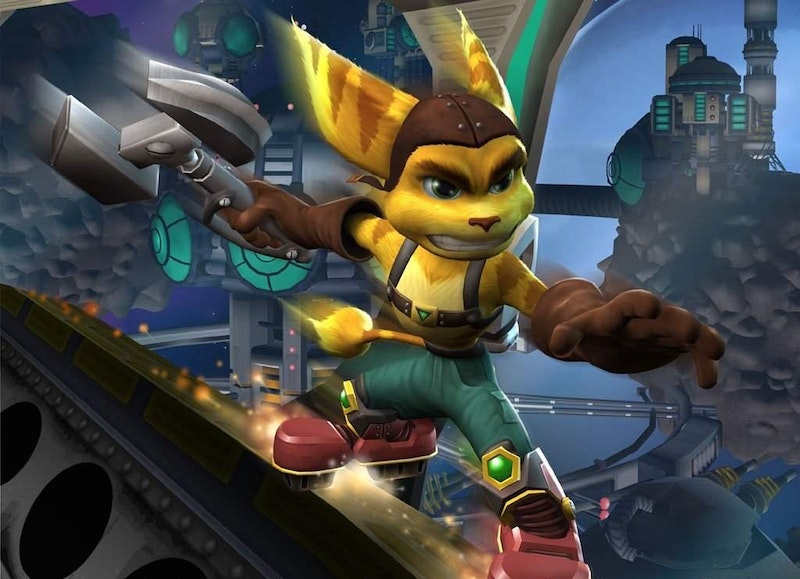 A few months ago I wrote about not touching my PS4 because I lacked the motivation. That’s only half true, though. I’m in a rut. The last time I touched the console was back in December before moving to Baltimore. Since then the closest I’ve come to playing a videogame is grabbing the disk and blowing off a film of dust before placing it carefully back into its case and shoving it back into a drawer. My friend Zack gave me his extra copy of The Witcher 3 a few weeks ago and I haven’t even played it yet. There are no excuses. It’s the summer, and I can’t bring myself to play the game… or any game right now.

I drove back home last Thursday to be with my family over the weekend. My brother Alex was sprawled out on the couch with a PS3 controller in his hands. After dropping my stuff on the ground, I walked over, stared at the television screen, and wondered why the game he seemed so familiar. “Is this Ratchet and Clank?” I asked, taking a seat on the recliner. He nodded, not taking his eyes off of the screen. “Yeah, it’s the second game.” Ratchet and Clank was a franchise that we all used to play together on the Playstation 2. The game that he was playing, Ratchet & Clank: Going Commando came out in 2003 when we were in elementary school. “I bought all three games,” he said, pausing the game so he could get up and stretch his legs. I remember watching him play this game with my brother Jacob long before I was even interested in videogames.

I sat with him the rest of the afternoon, watching him play through familiar levels and pointing out items he missed. Although the graphics were outdated and the dialogue seemed corny as an adult, I enjoyed it. It was relaxing, unlike when we were children. There was no fighting over who got to use the newer controller or whose turn it was to play next. It hadn’t occurred to me that the last time I sat and watched either of my brothers play a game was back in high school. I didn’t realize how nostalgic watching a cartoon avatar wielding a wrench made me feel. I took a break, wandering off to do something else and only returning after my dad had come home from work, sitting exactly where I was a few hours earlier. He was rocking back and forth on the recliner, watching my brother play. I pointed at the screen. “Do you remember this?” I asked him. He nodded. “Oh, yeah. I remember you kids used to play this all the time.”

So we all sat in the living room, watching as Alex smashed his way through enemies and ran around in circles to collect in game currency. I reminisced about other games we used to play growing up: ranging from Halo 3 to Crash Team Racing, a lot of my gaming experience came from being an observer. I could go onto YouTube and look up a let’s play of The Witcher 3, but I’m picky when choosing who I watch.

Watching my brother play videogames has pushed me further into the “I’ll play it eventually” mindset. Am I in a rut because videogames don’t interest me as much? Have I lost passion for something I used to love? I don’t know.  But I have a growing list of titles I want to play and for some reason can’t push the power button.