Sold Out By Social Networking

Things change so fast these days. Remember back when Facebook was exclusively for college kids? This writer does, and he's not happy with how the opening of Facebook has degraded a once-valuable social tool. 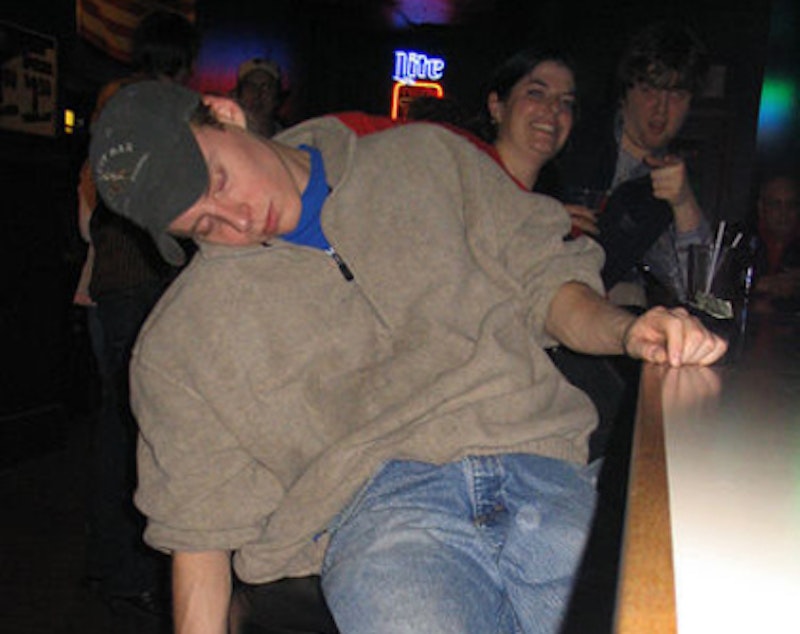 No longer acceptable to post on your profile. Photo by Bistrosavage

Soon, Facebook was opened to the general public, which means parents, bosses, potential employers and anyone else personal time could see all those wonderful, oft risqué, adventures. NOT COOL! I found myself turning my once racy Facebook profile into something resembling a professional resume.

It didn't stop there. In the effort to appeal to an ever-growing number of obnoxious teenagers, Facebook began Applications. So what would you be, a Ninja or a Pirate? Who cares! Neither I, nor any of my friends, ever wanted to be a pirate or a ninja; we just wanted to have fun, dis each other and throw parties. Now users could customize their profiles by adding scores from various quizzes they had taken, like what sort of warrior they were, or who their favorite Harry Potter character was. If there is a practice more juvenile than equating one's insecure self with a fictional character, I would be delighted to learn it.

And so, what started as an invaluable social networking utility for college students turned into a slightly less angst-ridden version of MySpace. Shame on you, Facebook creators. It's one thing to sell out, but even prostitutes retain more dignity than you. I truly miss the original Facebook and I fear that future generations of awkward college freshmen will have nothing to provide unity and community during one of the most socially trying times of their lives. I was fortunate. By the time Facebook turned prepubescent, I had already established a thriving social network, thanks largely to the wonderful, college-student-only device.