More on the Complicated Artistic Merits of Video Games

What if we just stopped worrying about it? 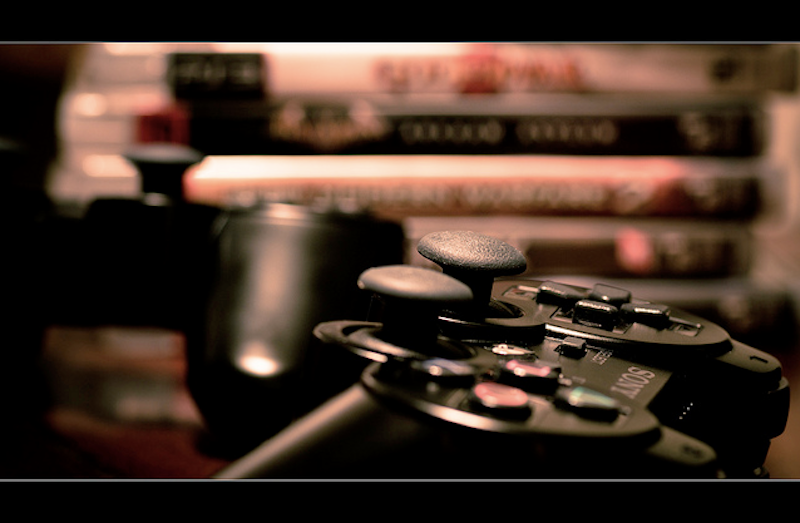 The debate rages on: Can video games be art? Nicky Smith’s post yesterday got me thinking about some things. We’ve both had roughly similar experiences. Video games were a huge part of our lives for a few years, and then we kind of fell off. He never really got into the Wii or Xbox 360; I didn’t make it past Sega Genesis and PS 1. And though the technological divide between those systems are huge, we have this much in common: neither of us knew a childhood without video games.

I must offer some defense for Roger Ebert. In his July 1 column, “Okay, kids, play on my lawn,” he did in fact give an apology (or half-apology, anyway) for saying “video games can never be art”:

I was a fool for mentioning video games in the first place. I would never express an opinion on a movie I hadn't seen. Yet I declared as an axiom that video games can never be Art. I still believe this, but I should never have said so. Some opinions are best kept to yourself.
The problem, as Ebert admits, is philosophical: how do we define art? Ebert, like most of us, can’t decide on a definition that’s inclusive enough. What exactly do a Picasso and Beowulf have in common? How do you navigate the imaginative connections between Mozart’s 4th Symphony, Annie Hall, and a Shakespearean sonnet?

I tend to think pragmatically when it comes to such questions. Why should we expect to have a workable theory of Art at all? I rely (perhaps too much) on the late Richard Rorty’s Consequences of Pragmatism, which is basically an extended fuck you to philosophy:

Pragmatists think that the history of attempts to isolate the True or the Good, or to define the word “true” or “good,” supports their suspicion that there is no interesting work to be done in this area. It might, of course, have turned out otherwise. People have, oddly enough, found something interesting to say about the essence of Force and the definition of “number.” They might have found something interesting to say about the essence of Truth… [P]ragmatists see the Platonic tradition as having outlived its usefulness. This does not mean that they have a new, non-Platonic set of answers to Platonic questions to offer, but rather that they do not think we should ask those questions any more.
So what’s interesting to me is not that we can't decide upon a suitable definition of Art that includes (or excludes) video games, it's that no one I know really cares to try. There’s so little distinction anymore between media, entertainment, and art that most of us find attempts at demarcation troublesome and generally pointless. Ebert is right in his original post, "Video Games Can Never Be Art" when he says, "Countless artists have drawn countless nudes... Some of their paintings are masterpieces, most are very bad indeed. How do we tell the difference? We know." But that's about as far as we're willing to take it.

And, yes, I will admit that most video games I've played are rarely more than entertainment. To say that Grand Theft Auto is a brilliant commentary on contemporary American violence and perverse sexuality is a deconstructive exercise that I doubt most gamers would undertake. But to say it's merely crude entertainment makes its no better or worse than most Hollywood films or best-selling novels.

No doubt the video games we'd argue are art—RPGs rich in storyline and emotional depth—appeal to more artistically-inclined gamers. I remember playing Final Fantasy VII as a kid and falling in love with the characters and their journey, much the same way I have with favorite books, TV shows, etc. It's a beautiful and complicated game, a wonderfully realized dystopic fiction, and I guess I just know it's art, and nothing about frequent battles with Turks or various bosses diminishes this. The fact that I'd normally be reading or watching these scenes, instead of interacting with them digitally via a controller, does nothing to disqualify FFVII as art. It only makes it that much more enjoyable.