Change your profile pic to Cecil and roar! 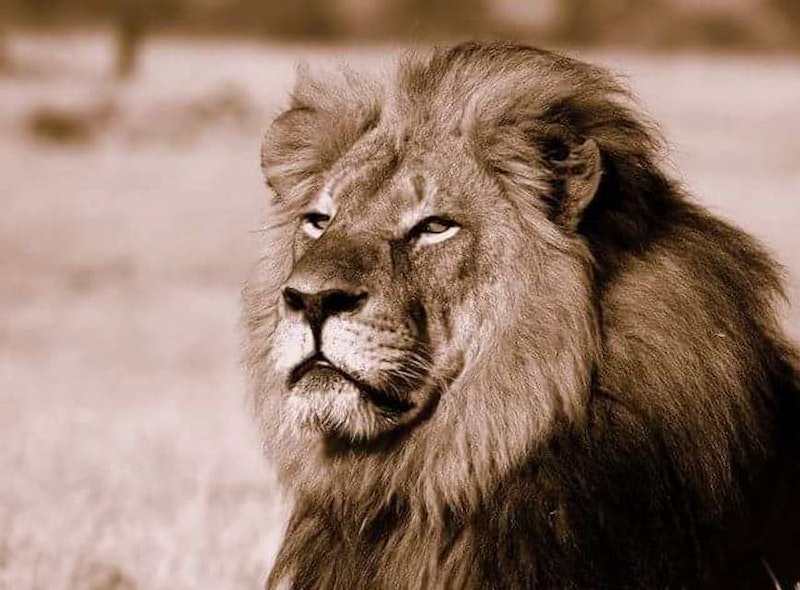 Help! Everybody go full Cecil to demand justice. Cecil the Lion is gone, and you expect me to keep functioning at the highest level? I need your immediate help. Change your profile pic to Cecil and roar! We have zero time to play. Cecil is dead. Perverted dentist Walter Palmer admitted to injuring, killing, skinning and beheading majestic favorite big cat of Zimbabwe, Cecil, whom researchers, tourists and locals cherished for 13 years, a protected animal on protected ground.

My religion is Twitter grief. But sign this petition and give here. Palmer is not a prodigal son deserving of our compassion; rather, he is privileged, calculating and cold-blooded. If conservation is a religion, then he exceeded the limits; he engaged in sadism. Even if hunting was his spirit quest and culture, he has some explaining to do, because his track record shows numerous disturbing occasions of disobeying anti-poaching laws in the US and abroad. That is felonious behavior. Bear, lion, rhino, you name it, he “took” it (his term), by any means necessary, especially by any overcompensating, lazy, or deceptive means necessary. Give me one reason why we should buy his insincere suggestion that he imagined the lion torture trip to be perfectly legal. His trusty team was paid (or paid off) so handsomely that its only target was his monstrous ego: hit that beast with a trophy and you have it in the bag.

Palmer and his safari companions baited the hapless Cecil out of his safe zone with the lure of a tantalizing animal carcass. Then comes Palmer’s half-wit, imprecise archery, inhumane stalking, crowned by a shotgun blast to finish Cecil 40 hours later, because, you know, that’s not cruel, that’s mercy.

Do we take this lying down? What’s to stop another twisted dentist if we don’t shame the poaching industry out of business. We need your participation in a digital safari. A higher power, the lion within us all, roars for the Internet to do a little of its own hunting. Je suis Cecil, okay? We’ll keep it non-violent. When we mount Palmer’s head on the wall and throw darts at it, that’s a meme. But how gratifying it is to see our new pasty white, bald and sparkle-toothed trophy hung adorably in galleries any time we type his disgraced name. Yes, thank you, leave a litany of singeing one-star Yelp reviews for his now defunct dental sham. Adoration to the most high lion within! Let us pray (and prey) now in our tweets and Facebook posts, in remembrance of Cecil. Say his name! And not that other name. May his hashtag top-trend on numerous platforms for another 40 days: #CecilTheLion.

By the way, this is not satire. I do not play that lame game, when we have important work to do. I am hunting right now. I don’t care how successful your dental practice was. You, Mr. Palmer, are right to be hiding, because this is virtual hide and seek.

I wouldn’t worry too much about how we’re raking him over the Internet’s coals for the vile sport killing of a celebrity cat. As we say, “Never forget.” Our minds, hearts and nerves are raw, and the backlash is a therapeutic experience. Express the urge to stamp out the very worst of human nature. And an Internet mob in the right isn’t the very worst of human nature, it’s the best.

The Internet might inspire some protesters to create a makeshift memorial menagerie of pricelessly cute stuffed animals outside Palmer’s office door, but our mob in large part keeps a distance; anyone making threats obviously is not part of our herd.

It’s a win-win. The dentist goes into hiding, and learns his lesson, which is, if you make a large majestic animal live and die in fear and pain, well, then you might have karma enter into the equation, and you might find yourself pretty fearful of all the people and animals who might detest the murder you heartlessly committed on your poaching expedition. We get to let off steam and raise awareness, while celebrating our favorite feline companion, taken too soon. I wonder, how can you be so constructive and good toward one creature (through dentistry) and then be destructive and cruel toward another (in an illegal lion hunt)?

We have huge hearts. We can care about many issues at once. Jimmy Kimmel set the tone like an ascended master, when he started tearing up. #JusticeForCecilTheLion.