My buddy Joe, if I knew where he was, would snarl at the mere mention of social media. 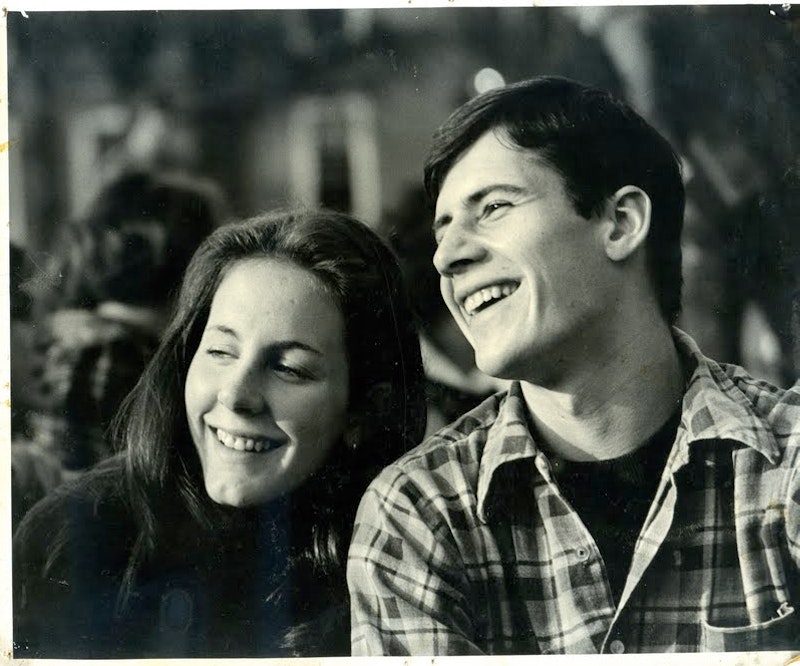 It’s reassuring that not everyone in my generation has integrated social media into their daily routine. I’m not without guilt, maintaining a grain-of-sand presence on Facebook and Twitter, and though I first caved in for business reasons, it’s likely, given my inquisitiveness, or maybe just plain nosiness, I’d have eventually migrated to those sites. And if you ignore all the blather, it is interesting to discover what’s happened to high school or college pals in the decades since we were young, tightly-bound and had a lot of fun.

That aside, I’ve no small amount of admiration for old friends who’ve refused to play along, people who are now doing God knows what—maybe successfully, maybe not—and don’t really care how the succeeding chapters have turned out for those they were once close to. They shut the book before it was 25 percent completed and have no regrets.

Today, I’m thinking specifically of a great guy I knew in college who, as far as anyone knows, is off in another country working for the government. Or maybe living around the corner from me. I met Joe on the first day of orientation at Johns Hopkins in 1973: he was a scholarship kid from a prep school in New England, had shoulder-length black hair, wore jeans and a jean jacket, didn’t care for much music except the Grateful Dead, and had a severe dislike of hippies, with the exception of his many friends. He wasn’t a pot smoker, preferring bottles of Schlitz or Jack Daniels (straight from the bottle, but of course), and late at night, if not catting around one of the women’s dorms, he’d give exquisitely articulate soliloquies on Kant, Chaucer, Milton and Goethe. He was an economic conservative and practicing Catholic smack in the middle of the “Me Decade.”

He put on the airs, not entirely unfounded, of a tough guy, a kid who came from Virginia, an intellectual redneck. My lifelong friend Howie (we grew up together in Huntington, Long Island, and he also went to JHU) and I cracked up that first week of September when Joe was late at the dining hall, explaining, “Sorry, guys, I got lost in an impromptu, uh, assignation, in my room—kept my boots on. Didn’t get her name.” I can’t even imagine what tribunal he’d stand before in today’s collegiate environment for making such a remark, perhaps even resulting in expulsion given the downward slope of academia and its social totalitarianism, but this was 1973.

Yet even though Joe was a walking riddle, none of us were prepared one afternoon when he appeared in the quad with a crewcut and wearing fatigues. He’d joined ROTC—which was far more out of favor than even fraternities at the time—not only for the free tuition ride but because he genuinely wanted to pursue a military career. The shock wore off after about a day—some things move much faster when you’re young—and nothing changed, except that he’d have to report for maneuvers at six a.m., usually after a long night of drinking.

Joe was a loyal friend, and though he talked an impossibly big game, he was always ready for a rumble. One night in the fall of ’74 a bunch of us were exiting the campus bar (the drinking age was temporarily, and fortuitously, 18) and while I was heading to the john I accidentally bumped into a lacrosse jock and spilled some beer on him. He was loaded as well and asked if I wanted to take it outside—people still said stuff like that—and I just gave him the finger over my head and went to take a leak. Task completed, I walked outside and this hulk had a posse of lunkheads waiting for me, and Joe quickly organized our own group to do battle. As luck would have it, a few of the girls in our party smoothed over the ruckus and so no stitches were necessary.

Last time I saw Joe was at a 10th college anniversary shindig in Baltimore in ’87, and he was appalled that a majority of 31-year-old men were wearing suits. He cuffed my ear, and with mock disgust said, “Hey, Russ, why the fuck are you wearing a fruity Armani suit?” He was wearing jeans and a jean jacket. The evening went on and on, and as age had tempered his (and everyone’s) hubris, decided that driving home wasn’t smart, so he crashed at my apartment. He got up the next morning, worse for wear, drank some black coffee and went on his way. Trouble was, he forgot his briefcase, which apparently contained some mysterious documents. Naturally, I took a peek, riffled through the papers and couldn’t understand any of it. Later that afternoon, his sister called, in a panic, and said she’d drive up and retrieve the briefcase, which she did with a minimum of pleasantries.

Chapter closed. And while I’m curious about what Joe’s been up to in the past 26 years—a rumor surfaced in the mid-90s that he was in Israel, but that might’ve been a bluff—I doubt this unique Marlboro Man has any interest in looking back.