I Know Where You Live

Location-aware programs: useful for both keeping up with loved ones and inviting stalker-related tragedy. 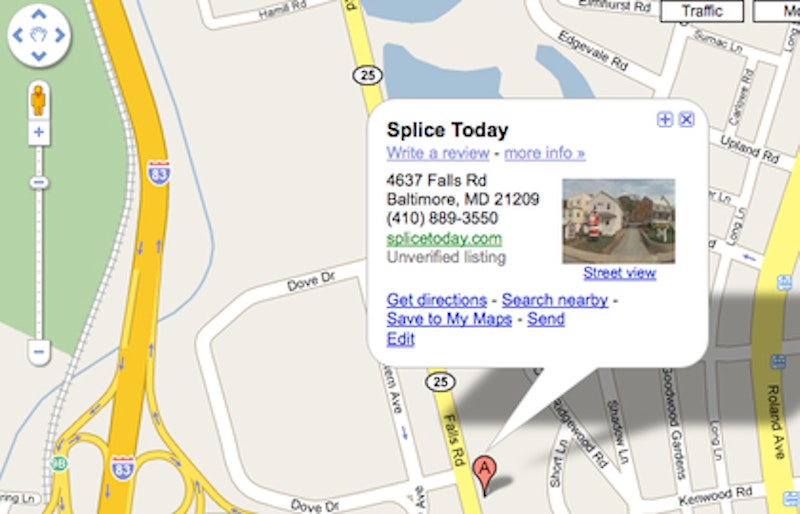 If you are a Facebook user, you have in all likelihood received some variation of the “25 Things About Me” note, the chain-letter-esque fad that has, absurdly, become national news. The first of these notes that I received was from a friend that I met after moving to Baltimore. I was supposed to write a note with “16 random things, facts, habits or goals” about myself and then send it on to 16 other people.

But I couldn’t really think of 16 people—on Facebook or otherwise—with whom I felt like sharing a bunch of random crap about myself. Having known the sender for less than two years, though, I felt compelled to honor her wish to know more about me, so I sent my reply as a private message and that was that. I was happy to be done with it. Then I got tagged to do “25 Things About Me” and then “Getting To Know Your Girlfriends.” I skipped the former—if I can’t come up with 16 people to send it to, no way was I coming up with 25—but did the latter, which was just a series of questions—“What color are your socks right now?”; I wasn’t wearing any—and passed it along to the fewer than 10 people who I suppose could be labeled girlfriends. It’s still sitting there on my profile page, though, free for anyone else to read.

It’s a fad that’s perfectly in keeping with what the Internet has become: a place to share lots of information about yourself. Between social networking sites, personal blogs, comment boards and sites like Flickr, we willingly let perfect strangers know what city we live in, what our interests are, what kind of work we do, and even what we look like.

I’ve always considered myself to be careful about how much information I put online, but simply reading my articles on Splice would tell you that I’m married, I grew up in Texas, I live in Baltimore, I went to the University of Michigan and the other day, I wasn’t wearing any socks. None of that is particularly revelatory, but it is still more than I’d share with some random person at a bus stop.

Sure, there are ways to safeguard against the spread of personal information online: Facebook has all sorts of privacy settings, you can use made up names on comment boards, you don’t have to post pictures of yourself or write anything personal on blogs or other sites. What’s problematic, though, is that the feeling of anonymity that the Internet provides remains even when you become less and less anonymous. Somehow, the Internet feels like a safe place to share personal information despite our knowing just how dangerous it can be.

There’s a scene at the end of the movie Kiss The Girls in which a detective tells the protagonist Kate McTiernan about ways in which women can protect themselves from attackers, including taking out the trash on the morning of collection, instead of the night before.

“Think about it. A guy could come by say, Tuesday night, 3 in the morning, dump your trash in one of those 30-gallon plastic sacks, haul it down to an abandoned lot and bingo! There it is. What a lady eats, how often she shaves. He can even tell a lady’s time of the month. Anything you want to know. What kind of lipstick she wears, and used condoms. How often she’s getting’ it. Twice a week? Three times? The same guy, different guys?”

All of that from a bag of garbage. It’s just a movie, but I’ve read similar things on self-defense sites. If there are weirdos skilled enough at creating a detailed picture of your life from the things you throw away, there are definitely ones equally skilled at piecing together all the information we have scattered across the Internet. I might not know how to do it, but I’m sure it wouldn’t be too difficult for someone to figure out exactly where I live, my husband’s name, where he works, what bank we belong to and when I’m away on vacation. It’s probably not all too difficult to track someone’s patterns and daily routine. And it’s only getting easier.

The introduction of location-aware applications cannot only give someone a rough picture of your day-to-day happenings, but an exact location of where you are and at what time. In an article for Wired, Mathew Honan details his experience with location-aware programs like WhosHere, “an iPhone app that knows where you are, shows you other users nearby, and let’s you chat with them.” Cell phone programs like WhosHere plot your exact location (longitude and latitude) and connect to the Internet “to share that info, merge it with online databases, and find out what—and who—is in the immediate vicinity.” These applications are not only a way for consumers to more quickly and easily access people and information by location, but also allow businesses to connect with (or intrude upon) nearby consumers. iPhone users can walk past a bar and get a digital message about happy hour deals or nightly specials. You can pass a store and a digital coupon for 10 percent off might be sent to your phone.

To test the reaches of this new technology, Honan loaded every location-aware application he could onto his iPhone and even added an Eye-Fi Wi-Fi card to his camera, so that every picture he took would be tagged with the location’s coordinates and uploaded to the Internet. Turns out, these location-aware programs can lead to some pretty creepy stuff. Honan writes:

On a sunny Saturday, I spotted a woman in Golden Gate Park taking a photo with a 3G iPhone. Because iPhones embed geodata in photos that users upload to Flickr or Picasa, iPhone shots can be automatically placed on a map. At home, I searched the Flickr map, and score—a shot from today. I clicked through to the user’s photostream and determined it was the woman I had seen earlier. After adjusting the settings so that only her shots appeared on the map, I saw a cluster of images in one location. Clicking on them revealed photos of an apartment interior—a bedroom, a kitchen, a filthy living room. Now I know where she lives.

Google just released similar software called Latitude, which allows cell phone users to share their location with contacts. While Latitude doesn’t have the same outrageously invasive reach as the programs Honan tested—you have to sign up for a Google account and must give contacts permission to see your location—it operates in much the same way, allowing friends and family to see exactly where you are when the program is enabled.

Stephen Shankland of cnn.com stresses the practical benefits of Google Latitude: “a girlfriend could use it to see if her boyfriend has arrived at a restaurant and, if not, how far away he is...Meeting your pals at a bar is an obvious example of the software’s possibilities.”

He then goes on to explain how Latitude product manager Steve Lee “pointed to a case where a friend’s girlfriend, though far away in Seattle, will ‘virtually place herself next to him.’ That’s a little sappy for my tastes,” Shankland writes, “but I can still relate. My wife is on the other side of the country right now, and it would be heart-warming to see just where.” Shankland concludes, “There are a lot of occasions where technology is better for maintaining relationships than it is for establishing them, and this looks like one to me.”

That may be true of Google Latitude and Shankland is right that technology can help us stay better connected to the people we love—I talk to friends on G-chat far more often than I do on the phone and I don’t know how I’d make it through a work day without the short, humorous email exchanges back and forth with my husband—but it’s also true that this increased electronic connectivity can easily lead to a lack of real connection. If I can track what my out-of-state friends have been doing based on their Facebook status, then the need for me to call and see what they’ve been up to greatly decreases. And isn’t the “25 Things About Me” note kind of a way for us to say “look, I don’t have the time or energy to really get to know you better, so why don’t you just send me a list of things I might find interesting and we’ll go from there”?

Maybe I’m just paranoid but it seems like these location-aware technologies, and too often the Internet in general, are just okay for maintaining relationships, but much better at potentially establishing new ones—with creepy, weirdo strangers.