So you can take that octothorpe, and stick it up your yeah. 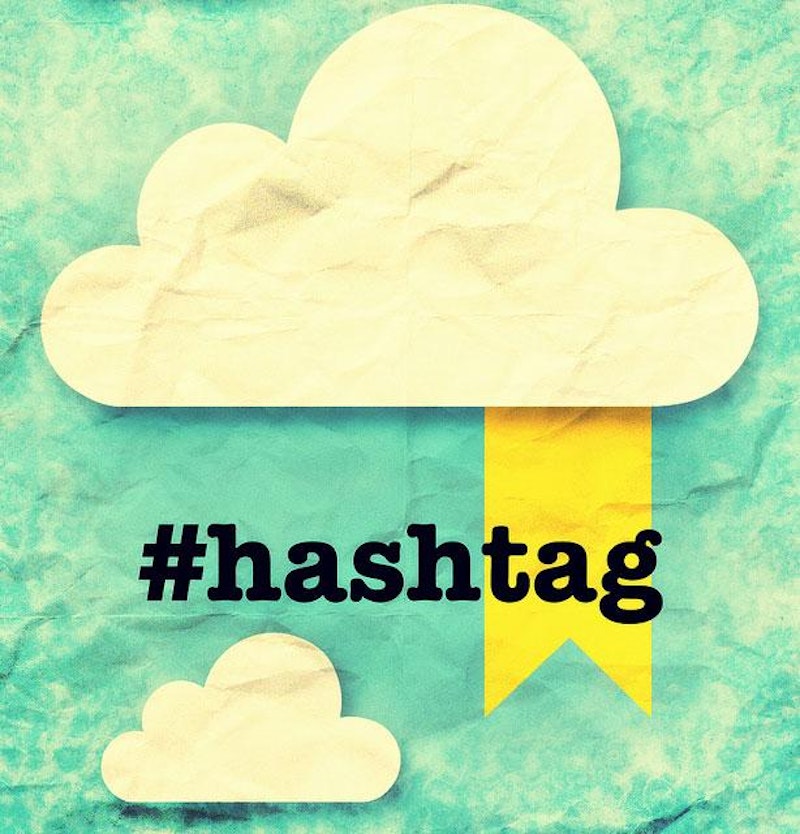 In the final chapter of A Visit From The Goon Squad, author Jennifer Egan imagines a future where one sends a "t" instead of a "text" and the very act of texting is reduced to nothing more than gnomic acronyms. There's something inherently empty and sad about that possibility, and the same feeling of doom overtakes me whenever I come into contact with a hashtag, which is painfully often.

As a tool, the hashtag is not without some modicum of social media value, and I'm hardly enough of a Luddite to propose a digital jihad or genocide; when someone uses a hashtag to rep SXSW or a television show or the U.S. Congress, that’s modern life. The trouble arrives whenever the intent is to be ironic or humorous; hashtagging a meme or idea en vogue or a way out has the effect of flattening the gag and draining it of all inherent value.

Every hashtag looks like every other fucking hashtag, regardless of what's thrown up behind that "#"; my eyes glaze over and I move on, losing some degree of respect for the tagger. What tickled ribs mere minutes before emerges as hollowed-out and soulless. Hashtagging somehow transforms a reasonably amusing person into a sheep, a pop cultural cog in an infinite machine instead of an individual.

Take, say, "first world problems," a concept that I goofed on once on Splice Today. Every now and again the phrase will come to mind and elicit a knowing chuckle because—do you see?—including it as part of some story about how Starbucks never makes your latte foamy enough signals a sort of knowing self-deprecation, an acknowledgement about the lameness of complaining about shit that doesn't really matter.

But, see, nobody on Facebook will ever, ever do that. No one on Facebook will ever say, "Fuck you, Queens Boulevard barista, for always failing to adequately foam my overpriced latte, which I know is a first world problem, but it bothers me." Instead, they will say "Starbucks latte not foamy again #firstworldproblems"—squishing the meme into a too smug imitation of a wink. It's like painting a vividly beautiful landscape, then spilling white paint all over it but still expecting people to oooh and ahhh at it. So if you want to express something, just say it, okay? Please?