Instead of A.I., copy existing I. 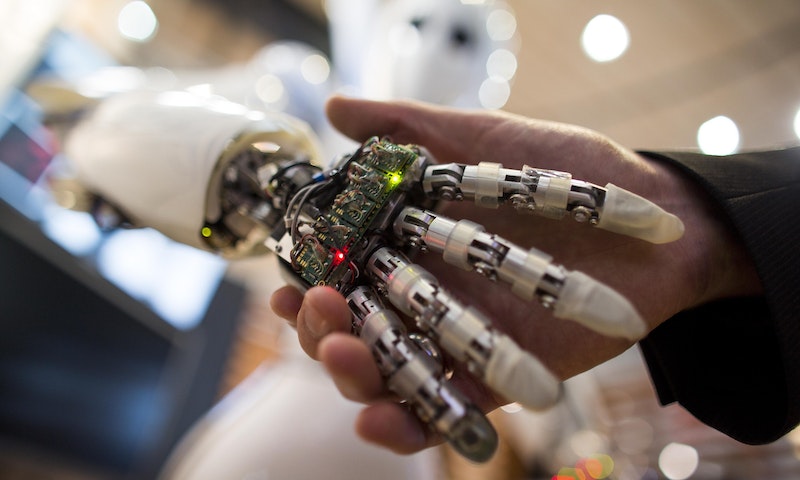 If creating artificial intelligence is so tricky, maybe the easiest route forward will prove to be the brute-force method of copying existing people’s brains in their entirety—and making as many of them as we please (whether as disembodied software or in new robot or synthetic-biological bodies). That contrarian and somewhat alarming idea comes from George Mason University economist (and former A.I. researcher) Robin Hanson, who spoke in New York City last week.

He calls the resulting hypothetical entities—who he estimates could arrive in about a century—“ems” for “emulation” and describes the surprising potential social consequences of their existence in his book The Age of Em, due out in May.

I wouldn’t be shocked if this came to pass, since we’ve seen repeatedly in the past couple of decades how humbly letting nature/evolution/markets do their thing can yield quicker results than planning from scratch. Algorithms know you better than a psychiatrist would, and prediction-refining neural nets can complete your computer program faster than a lone nerd tossing out hypotheses.

A.I. researcher Douglas Hofstadter observed years ago that one of the biggest advances in the research came from admitting that trying to mimic human minds using lines of logical statements is far harder than mimicking minds using loose, free-associative analogies, which is closer to how we really think. You have to hit real people over the head with articles like this one about 52 good skeptical habits (brought to my attention by Diana Fleischman) even to get people to approximate rules-based rational thinking. Better often to just let them do their creative, imaginative, sometimes very productive thing.

Hanson doesn’t say duplicating an existing mind will be inexpensive. There will end up being much more demand for copies of highly-valued minds than for ordinary ones if this future comes to pass. That’s a bit counter-intuitive because we’ve gotten so used to thinking of conventional robots mainly replacing assembly-line workers and soldiers. But for many of those jobs, there’s no need for all the nuance and complexity of a human-level mind.

Simple robots like the ones we already know might do those things, but ems would be better deployed replicating trickier mental tasks, from managing a bar to writing novels—or being masterful CEOs to as many companies as are willing to pay for a copy of the relevant expertise. Think of a distinction between easily-made minds vs. tough-to-make minds: you replace the former (possibly with dumb machines), but just plain copy the latter in all their unfathomable glory.

If you thought markets or genetics were pitiless games, now imagine a future in which the more valued your mind is, the more copies of your mental software there are floating around (assuming you sell the initial intellectual property rights to your intellect; that is a quandary for armies of lawyer ems too complex to get into here). Let a thousand Stephen Hawkings and David Bowies bloom, but maybe no more copies of your dumb cousin Ned, unless the relatives copy him just once for the sake of posterity/immortality.

This future is so unlike what our current, evolved, instinctual intuitions are used to—what they were made for—that some may be tempted to recoil in horror and call it impossible (though I’d be very curious whether twins have that negative reaction). It takes an almost autistic level of rationality, and a room full of comparable nerds, to even toy with the idea. But it might be our future. And it might be more pleasant than, say, conventional (inhuman) A.I. exterminating us all, which experts increasingly think is a plausible scenario (humans tending to get in the way of one’s pre-programmed tasks, no matter how simple and stupid those tasks might be).

And don’t count on the em scenario being so creepy that no one would ever want to bring it about. One study suggests engineers are much more prone to hold radical beliefs and even join terrorist organizations than most humans, so they’re not going to be the ones to put a stop to it out of queasiness at the idea.

And the ems needn’t be abused slaves (like the rebellious replicant Roy Batty in Blade Runner, ostensibly born this past Friday). You could copy the minds of people who tend to wake up on day one as a copy and say “Yes!” to the new job offer—and lucrative futuristic salary—they’re immediately offered. If not, cut ’em loose and let the newly-homeless copy of you earn its keep like everyone else, perhaps with a stipend for putting up with the inconvenience of having been created. That’s not necessarily crueler than bringing a baby into the world. Maybe less so.

Perhaps you can prepare your kids for this world today by getting them some 3D-laser-printed Lego figures of them and their friends. I don’t mean to pretend that all of this fails to unsettle me a bit. It’s another one of those things that is presenting us with real-life sci-fi possibilities much sooner than anticipated, sort of the way all the talk of experiments in anti-gravity has a tendency to come back to coiled electromagnetic loops that look suspiciously like old-fashioned flying saucers. You can’t stop progress, not even if we have decades worth of horror stories to prepare us.