The comforts of 1990s video games are a blessing lately. 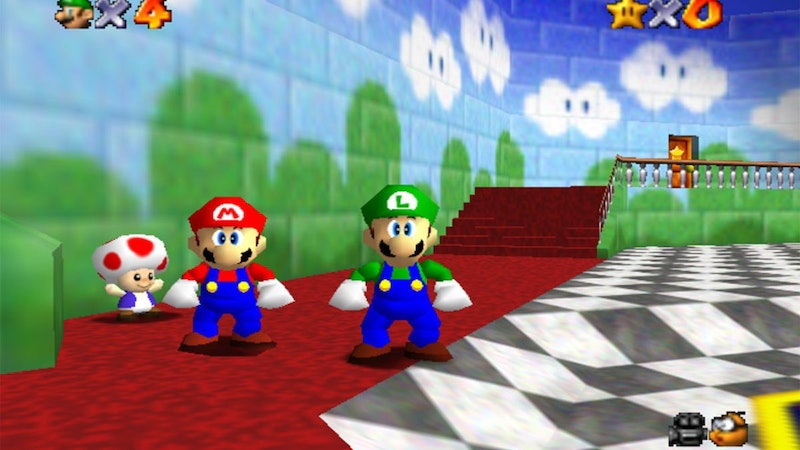 The coronavirus restrictions in Massachusetts mean people can't go out to restaurants and sing karaoke on the weekends until about mid-April. There are no professional sports to watch, which amplifies how crushing Tom Brady's departure is for New England Patriots fans. However, I consider myself lucky in this pandemic—because I rediscovered my old Nintendo 64 a few weeks ago and it still works well.

I can't remember exactly when my parents got my brother and me a Nintendo 64, but it was the first video game system I ever played. My guess would be somewhere around late-1998/early-1999 because I wasn’t old enough to play it at the time (I was born in 1997). When I was old enough, I played it a lot until I got the next system: Playstation 2. Then it was Nintendo Wii. Then it was Xbox 360. And now I’ve no idea what the new systems are (Playstation 5 and Xbox Series X, I guess are coming out later this year), but I know they're manufactured in Foxconn factories so that doesn’t sit well with me.

Since I largely work from home—save the occasional trip to speak with a politician for my full-time gig or cover some high school sports game on the side—I have time for breaks during the day. I can play games like Super Mario 64, Mario Kart 64, Super Smash Bros., and All-Star Baseball 99. The first thing I noticed when playing all of these games is how much easier they are now than when I was a little kid. I was surprised at how easily I broke high scores in Super Smash Bros., set lap records in Mario Kart 64 (mostly by not following the track and cutting corners), and found stars in Super Mario 64. The only one I struggled with was All-Star Baseball 99.

Maybe the reason is because these games are for children. In Mario Kart 64, for example, if you're doing poorly on Grand Prix mode (which features eight racers) the game will give you the best items to help you get back into the race; the items slow others down or speed you up. And if you come in worse than fourth place on any given track, you get to go again and again until you do. Sounds like socialist propaganda to me. Maybe they should've made the game harder. Playing Super Smash Bros. again, the first thing that popped into my mind is how ignorant politicians must be to think violent video games caused mass shootings.

The concept of the game is great: Nintendo characters beating the hell out of each other. But I'm able to smash scoring records by playing on "very easy" mode, which is an issue. There are incentives to use the same one move in a match—and that makes it repetitive. Other than that, it's a classic.

Although I've struggled with it, All-Star Baseball 99 is impressive for a baseball game from 21 years ago. Any game where I can pitch with Tim Wakefield, Pedro Martinez and high school baseball/hockey coach Brian Rose is fine by me, even if I lost 7-2 to the Minnesota Twins, which were on the verge of folding at the time. Admittedly, having the Internet helps one's gaming performance. When I first got a Nintendo 64, my family didn’t own a computer. For most of the time, I had AOL dial-up. In the age of high-speed Internet, one can easily look up how to do anything in a game. That's how I got more stars in Super Mario 64.

Playing these games and enjoying them, I don't know why America feels the need to throw so much money at upgrading every piece of technology. Nintendo 64 came out in 1996 and Nintendo often re-makes the same games and sells them on new systems. That’s definitely an inefficient system for consumers.