It may be your best chance to gain YouTube views, so use it wisely. 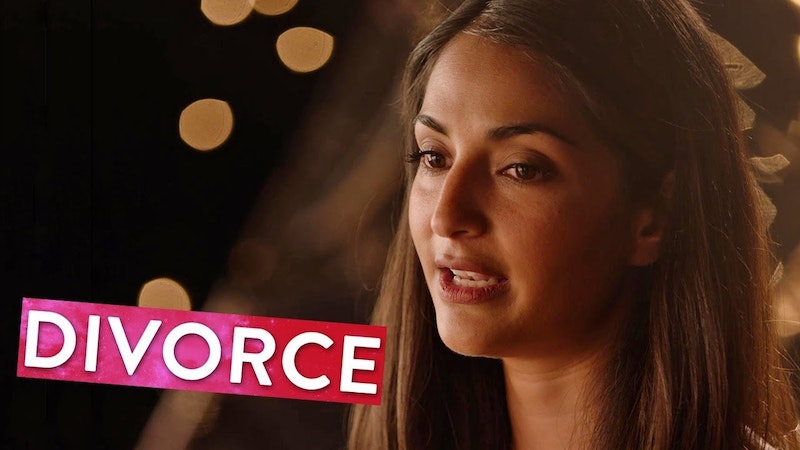 A divorce is a landmark event in a person’s life, and it’s usually the culmination of a series of interpersonal misunderstandings, miscommunications, betrayals, or a confluence of these and other factors. As devastating as divorce can be, you wouldn’t expect it to double as an effective social networking tool or a means of maximizing the number of eyes that find you online.

For many YouTubers, a video of a divorce announcement will be the most popular, audience-grabbing video they ever post to their channels. Don’t believe me? Perform a YouTube search for a version of the phrase “getting a divorce,” check the view count for that video, and then compare it to the typical audience levels for other videos posted by that same YouTuber. With rare exceptions, the viewership numbers for the divorce video will be markedly higher than most of the viewership results (and in some cases, all of the viewership results) on that YouTuber’s channel, and the degree to which it exceeds the average is likely to be massive.

Many of the YouTubers who end up posting announcements of their in-progress divorces are beauty vloggers who abruptly and arbitrarily drop divorce videos amidst a collection of videos that usually feature titles like “How I Get Sexy for Date Night” and “What’s New At Sephora.” The thumbnail images that advertise the content of the divorce announcements stands in sharp contrast to the rest of the video images in the channel’s archives. Instead of displaying award-winning collections of eye shadow or professing merriment at the prospects of acquiring a new set of skin bronzers, the thumbnails accompanying divorce videos are commonly punctuated by photos of the soon-to-be divorcée in emotional anguish.

The owner of the YouTube channel Beauty101byLisa described how her husband blindsided her by publicly announcing his desire for a divorce by way of a video that’s been viewed more than 1.8 million times. Although she’d broken the one-million-views barrier once before, most of her videos settle within the range of 20,000 to 100,000 views. In the process of inviting her viewers into her personal life, she promises to bring them along with her as she chronicles her divorce experience.

So far, the move appears to be paying dividends. Of the channel’s 16 videos that’ve achieved nearly 200,000 views or more, six of them are videos that deal almost exclusively with the details of her separation and divorce, including footage shot just outside of the courthouse, and updates on her feelings about the divorce from subsequent months. Therefore, on a beauty channel that is certainly successful by YouTube’s standards, divorce-related content is a more reliable guarantee of views than the majority of the content devoted to beauty.

Lavenda Memory has only posted 16 videos on YouTube to date, she hasn’t posted a video in an entire year, and the most popular of her 15 videos dedicated to beauty hit 12,000 views. Meanwhile, her sole divorce video has been viewed more than 300,000 times. Similarly, Lynette Cenée, another beauty blogger, broke her multi-year slump of videos that failed to surpass even the 30,000-view plateau when her video entitled “d i v o r c e” racked up 73,000 views.

Motherhood vloggers experience a similar bump in content when they post divorce announcements. The Journey With Jax channel, which features videos about the motherhood experience of Megan following her teenage pregnancy, achieved what will soon be the channel’s fourth highest viewership over a four-year stretch by delving into the recent breakdown of Megan’s marriage. While most of the channel’s videos collect views in the neighborhood of 15,000 to 50,000 views, the divorce-announcement video is approaching 200,000 views.

Channels that’re similar, yet significantly smaller with few subscribers, still experience an influx of views when divorce is the topic of discussion. Mommy vlogger Alexandra Marie, who has fewer than 300 subscribers as of this writing, and whose videos frequently peak in the neighborhood of 50 views, achieved her first (and to date, only) 1000-plus-view YouTube video when she titled her post “LIFE UPDATE | I’M GETTING DIVORCED” and hashtagged it #singlemama. She mentioned her reluctance to post the video or to bash her soon-to-be ex-husband because “...one day my kids could see this” while actively interspersing her divorce commentary with live communication with her eldest child, then panning the camera of her phone over to show her youngest child, still in its crib.

Even channels that have nothing to do with issues that are overtly feminine experience a surge in viewership when divorce is the topic of discussion. Markie Grabill, who frequently posts about her adventures, hardships and achievements while pursuing an off-the-grid lifestyle, will soon join the club of channels that captured their largest collections of eyes to date by delving into the unpleasant subject of divorce. An average video on Markie’s channel typically accumulates between 1000 and 3000 views despite having a subscribership exceeding 45,000. Within four days of going live, her divorce pronouncement has topped 80,000 views, and it should quickly and easily surpass her most successful video to date—“Attempted peeing outside | Hope granny don’t get mad”—within a few more days.

Why are these videos posted? According to most of the vloggers, it’s an ostensible effort to preemptively satisfy future viewer curiosity, or out of a perceived loyalty to subscribers who may have noticed a recent, obvious downturn in the YouTuber’s perkiness. In other cases, it may be a product of sheer habit, because the YouTubers have already divulged the particulars about so many other life events to their subscribers that it seems wrong or out of character to withhold any earth-shattering life experiences.

Interestingly, there doesn’t appear to be any long-term popularity benefit to posting these videos, and subsequent videos by these YouTubers seem to acquire views at their pre-divorce-announcement rates. Most of the viewers digesting these videos are either casual subscribers to the channels who check in to hear the juicy, dramatic divorce details before tuning back out, or people coping with the experience of a divorce that are in search of opportunities for commiseration.

To be fair, there are some examples of men whose channels receive similar one-time bumps in viewership when divorce is the subject, but for the most part, the dominion of the YouTube divorce decree appears to be female territory.

Several female vloggers also experience viewership spikes in relation to other major life achievements and popular topics like proposal videos, wedding videos, and videos detailing experiences linked with childbirth-related milestones. However, the most common trend (predominantly amongst beauty vloggers) is the interruption of streams dedicated to the achievement of physical perfection with an incongruous, morose postmortem of a failed marriage, quickly followed by a return to business as usual.

As my wife asked after sitting alongside me and listening to far too many of these videos, “Don’t they even follow it up with a video about how to apply makeup to your eyes after you’ve been crying all day?”