Beige is the new black. 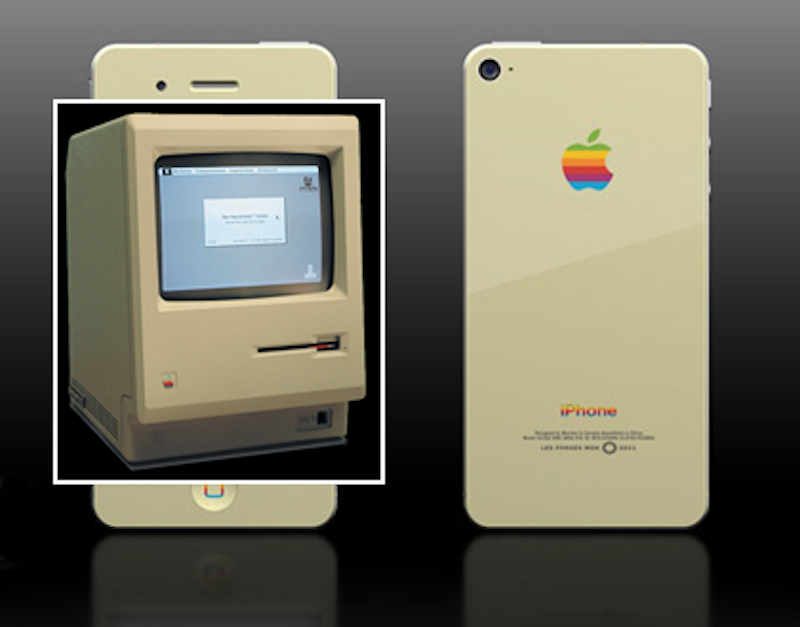 Earlier this year, design company Les Forges MDK created the iPhone 4 Legacy case, a tribute to the original 1984 Macintosh 128K, whose re-appropriated beige seems both driven by smirking kitsch and eager nostalgia, an inside joke on how tacky things looked. Apple is unlikely to buy into this, as it appears more smitten for colors of the rainbow, that collective spectrum of blinding light. And by light, we mean sales.

Beige, with its muted warm hue, was meant to reside silently, unseen inside a room; this was more inviting than the alternate drab gray of computer shells, stately and unflinching like prehistoric tortoises. The first IBMs, behemoth-sized, were less about individuality via self-perceived consumerist choice than the slow grinding glory of their capacities inside. It was amazing, these thinking boxes. The future weighed a ton.

Thirty years later, a mere sneeze in human evolution, the 128K is now 32GB, and at a minuscule fraction of the size. These small powerful promises carry our calendars, contacts, emails, cameras, games, photo albums, maps—and anything else imaginable in the world, at under $2.99 an app. Language itself collapsed into a text, tapped by people on Adderall and slowly deciphered by their subdued recipients. Novels left on bed stands in place of the loyal glow of a small piece of plastic emanating the world, containing it. And yet, if we consider the tired—almost patient—stare of these users, there is a ring of sadness, disappointment. In short, it just isn't that fun.

Imagine a 128K iPhone. It would crash sending a text. Though maybe, save the irony and a cover letter to Apple's marketing department, we wish for a slower, heavier time: a cell phone the size of a toaster next to a businessman screaming into it; two girls meeting at the mall at the exact hour they committed to hours ago; taking out a lead pencil and writing down a mysterious address, one's heart lifted by the prospect of going there; actually looking across from you on the bus at somebody's face—both of you staring, the way we used to, into the human void.