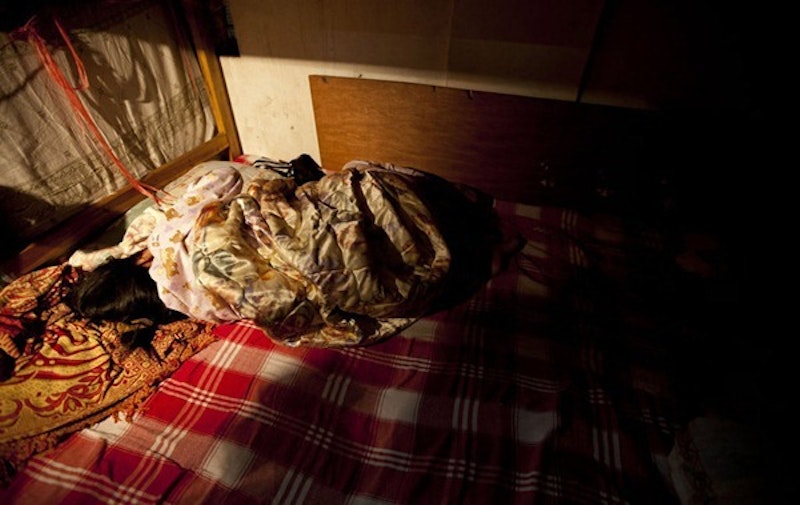 While much of the world’s been consumed with debate over other Internet campaigns, a quieter but potentially monumental Twitter effort has quickly picked up steam. The #ididnotreport hashtag, started by blogger and Twitter user London Feminist, is intended as a forum for self-identified victims or survivors of sexual assault, abuse, or harassment to disclose reasons (with many remaining anonymous) that they did not involve law enforcement or other authorities. Though the majority of discussion reflects the reality that women are overwhelmingly victimized by these crimes compared to men, some discussion of male survivors has taken place.

Generally, the question of why a victim did or did report his or her crime is one that is considered a hurtful and intrusive question to ask. It's not appropriate for anyone outside of an official medical or legal capacity to make that demand of someone has likely been traumatized by one of the worst experiences of his or her life. However, questions over reporting or not reporting sooner are unfortunately pervasive and related to the minimization of sexual offenses as either misunderstandings or initially consensual activities that were later regretted.

Those widespread beliefs and assumptions are completely at odds with how assault or harassment are typically described by survivors. The reasons given throughout the campaign for not reporting (many of which involve graphic and triggering language) involve fear of retaliation, self-doubt, rejection and disbelief by peers, previous negative experiences with law enforcement as well as threats to one's job, family, security, and personal safety. The recollections are direct and speak about immediate consequences many who report face.

In fact, some have used the hashtag #ididreport, telling of their experiences reporting their attackers, often having similar outcomes as those who didn't report at all. Names of attackers and abusers are not mentioned in the tweets, making the campaign a very different approach to the issue than mainstream society is accustomed to. Often sexual assault and harassment are seen as crimes to be treated as any other, with the responsible person punished. The victim is often the one who is punished while in those same instances those responsible go free.

#ididnotreport is a way of challenging the traditional storyline of victim disbelief by answering one of the most difficult questions to consider. It's both informative for those who are fortunate to have never been victimized but who could offer support to those who have and cathartic for many survivors to share their stories, even in the form of brief recollections.

There are as many different scenarios as there are victims and survivors, but what emerges as the campaign continues (though old news to anyone affected by these issues) is that they are rarely best served by the justice system, and the risks of reporting can far outweigh its benefits. The typical way these crimes are handled is inadequate and unnecessarily hostile to victims and witnesses. With this open and supportive forum the more difficult questions become easier to answer.