An Open Letter to Games Workshop 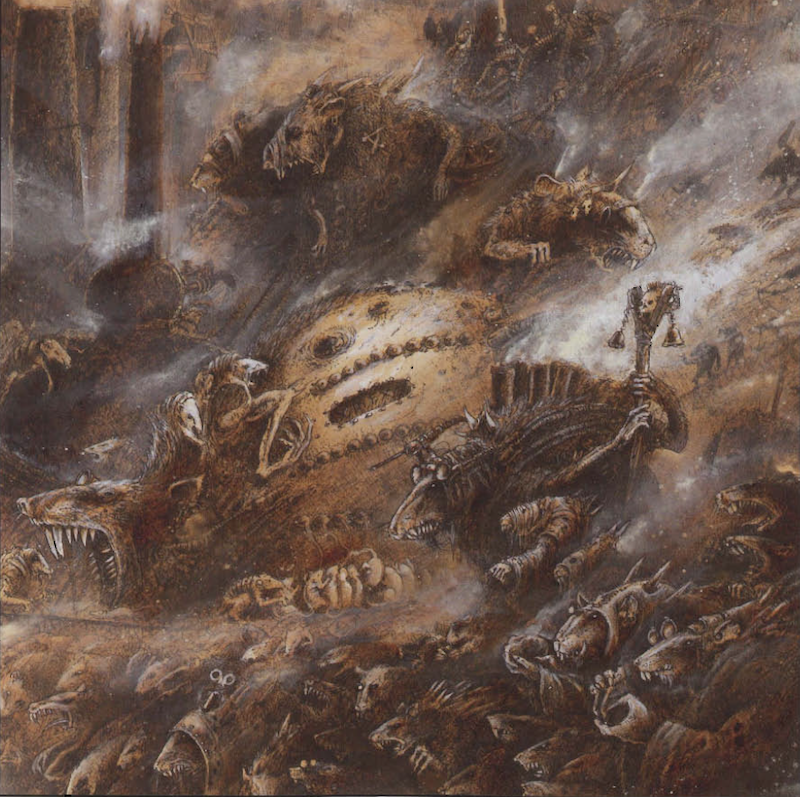 My name is Dylan Greene. For many years, I've been a self-described nerd. I've played a wide variety of games from Dungeons & Dragons, Magic: The Gathering, and Warhammer. I've only played a single game, but have enjoyed Dawn of War and love the world building of the franchise. Ultimately, however, this is not about me, but my girlfriend, because your products mean far more to her.

She loves rats and as such Skaven are a huge interest to her. She has a fully-painted army of them, and requested I get her some more for her birthday. She often incorporates Skaven speech mannerisms into her vocabulary and talks to me about some of the more notable Skaven in the lore such as Thanquol and she routinely picks out books on Skaven when perusing through fiction from the Black Library. She desperately wants to play a Skaven army with a general in her likeness.

However, her desire to play with a female Skaven general routinely runs into barriers. The lore for Skaven relegates females to breeders who are forced to constantly birth new Skaven. She found passing mention of a female Skaven warrior, but other than that, she doesn't have any knowledge of named female Skaven. This has left her alienated in the lore, feeling like there’s no true representation for her. She still collects Skaven, but hasn't played in years.

She frequently mentions that other players have harassed her when she drew pictures of female Skaven. Someone even issued a death threat for this ostensible transgression. The reason she doesn't play is because other players will use the game's lore as a way to exclude her from participation. Now, she collects her miniatures as a private endeavor, but neither of us believes that she deserves to be barred from participation for being female.

I’m keyed into discussions about misogyny in nerd culture and the tabletop gaming industry. The overwhelmingly masculine presentation of Warhammer was never something that endeared me to the brand, but I can't imagine the level of exclusion she must feel and how she has to distance herself from something she genuinely enjoys. I know that the hobby is beginning to include more demographics in terms of representation, but there’s still much work to be done.

My girlfriend and I have bonded over tabletop games. We started with tabletop RPGs and frequently play all sorts of games together. In spite of all of the harassment she’s received, I took her to the Games Workshop in Columbia, Maryland for her birthday at her request, which served as a pleasant experience for her. I don't believe that someone should have to wade through toxicity just to commune with others in a shared interest, and I'm sure that everyone who found their joy in wargaming feels the same.

While this is one story, I'm certain there are more like her who want to play as female Skaven. They may be a race aligned with Chaos, but I don't believe that necessitates a wholesale exclusion from playing a faction that she loves on the account of her gender. She deserves to be able to find an in-game representation of herself and by extension deserves to be further included in the community.