Even though I still check it every day. 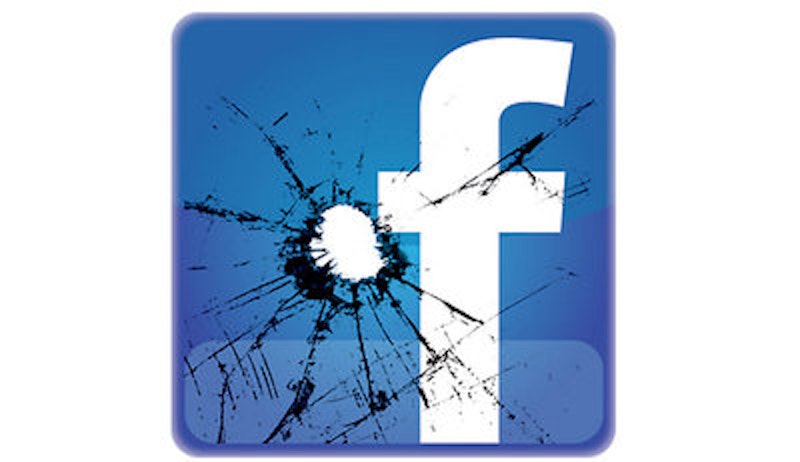 Last week I spoke to journalism students at the University of Maryland and heard their thoughts on social media and blogging. I took a casual poll, and found that, though we differ in that they use Snapchat (disappearing junk pic app) and I use Twitter, what we do have in common is a.) we all use and love Instagram and b.) we all use and hate Facebook. They indicated the only reason they’re on Facebook at all is the messaging feature: it’s an easy way to reach and communicate with friends. I compared Facebook to laundry and taking out the trash; it’s like an online chore we have to do even though we roll our eyes every time. Here are just a few of the reasons I’m sick to death of Facebook.

1.) Invitations to Things. I do not and never will play Bubble Safari, Candy Crush Saga, Narwhal Slot Machine or whatever you people are playing. The “Stop Annoying Me With Your Stupid Bullshit” button is missing on Facebook.

2.) My mom’s on Facebook. No offense to my mom and mother-in-law. I love them. I’m just using them as an example. When your aunt, under-18 distant remote cousins, former boss, guy you had a crush on in seventh grade but is now fat and bald, and thousands of other random life people are thrown together in the same place, how are you supposed to craft a message (by which I obviously mean use the word “thundercunt”) to that broad demographic? The reason I love Twitter is because I can cuss. If my mom were on Twitter, my Internet would explode.

3.) Your baby. It’s adorable. I had four. I know. They’re cute. But for the love of Jeebus, Facebook should also have a button that reads “Baby Photo Maximum Setting: One Per Day.”

4.) Drama Whores. Attention, people who bicker with other people on their own or another person’s Facebook status: you have too much time in your day. Find a hobby. Attacks and counterattacks on Facebook status postings make both/all of you look like douchebags.

5.) Your politics. If I know you in real life, so we’re friends on Facebook, you probably know I’m a liberal Democrat. But guess where, in addition to real life, you won’t hear about that? In my status updates. Know why? Because I have 4800 friends on Facebook and I will never make it my mission to convert the political position of even one of them. Believe what you want, but stop trying to convert me.

7.) Someecards. Anyone who follows/reads me will find it surprising I’m putting that here, since I generally love Someecards on Pinterest, share them often, and even curate a “Funniest Pinterest Pins” collection every week that often includes them. This does not mean I send out 30 of them a day through my Facebook feed. This should fall under the Baby Photo Maximum Setting. And also many people send ones that have been around for like a year, aren’t funny in the first place, or have grammatical errors, which makes me stabby.

8.) Your dog. I hate dogs. I know, this means I’m not human. Whatever, I can’t even stand the sight of my own dog, which was bought for and is cared for by my children. If I don’t want to be in the same room with an actual dog, I definitely do not want to see cute pictures of your dog 14 times a day. If everyone could just agree to a one a day max on everything on this list (see also: cats), user time on Facebook wouldn’t be sinking at Titanic proportions.

9.) Vaguebooking. You know what this means, right? Vaguebooking is when someone posts a whiny, vague status such as “I am so sick of this shit.” Then all the people have to ask what it is s/he is sick of, and the status writer has to elaborate, or say “message me” as though they need their privacy and they aren’t the ones who just put their problems on a global social media platform.

10.) Jesus. I love Jesus. I was named after his mother. But as with the politics thing, can Facebook users agree to keep it to themselves? Just like politics and religion aren’t generally polite to speak about in mixed company, they shouldn’t be on Facebook. Keep your footprints-in-the-sand photos and guilt-wrenching Bible quotes on a Pinterest page where I don’t have to follow them.