You've gotta get up and work the people, every day. 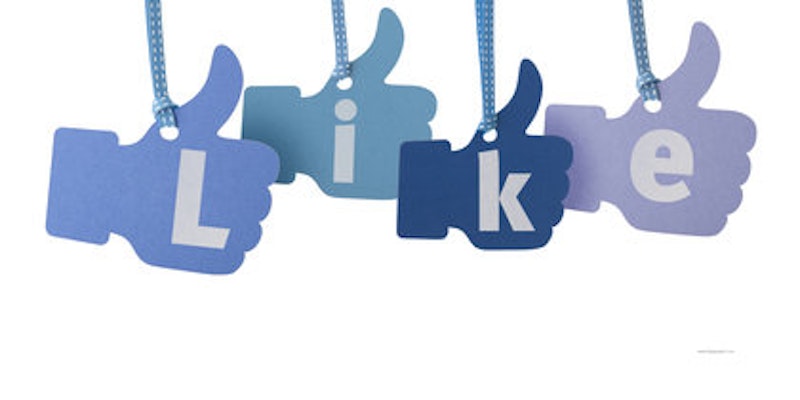 I am employed with a government agency in a capacity that requires me to interface, every day, with specialists from a variety of disciplines who are all focused on the same overall mission. As enthusiasm is demanded, I summon it from somewhere. Meetings are scheduled, concepts are exploded, plans are made, and it's a crazy vortex of ideas and intentions that I boogie-board athwart a keyboard. It's dizzying. It means emailing people, calling the same people, bothering the same people in person 20 minutes later to make sure that emails actually reached them. But what does that have to do with winning Facebook, you ask? What does winning at Facebook even mean?

I'll put it in very stark terms: if you are posting on Facebook and no one—or a handful of the same people who usually acknowledge you—is liking or commenting on your posts, you are losing. If you are posting on Facebook and tons of people are transforming your posts into teeming social occasions, you are winning. Ironically enough, given the Internet's lingering loner/shut-in/psycho mythos, if you want to win at Facebook you will need to put in all sorts of exhausting social grunt-work that's somewhat analogous to what I have to do at my job. Below are a few simple and not-so-simple strategies for transforming your Facebook Wall into the Peach Pit After Dark of the Internet.

1) Be a Wall-hugger: This was covered in a previous Facebook-related article, but it bears repeating: the Karma of Facebook lies in spreading the love around. In practice, that means setting aside 15 minutes or so every day to browse your news feed and big up stuff that seems cute, interesting, erudite, or otherwise laudable.

2) Check and Answer Your Facebook Mail at Least Once a Week or So: Don't think you're above this ritual, somehow; nobody is.

3) Rep Your Set Early and Often: There will be times when you want certain people to pay attention to specific posts. In these cases, don't be afraid to name-check those people—lots of them at once, if you need to. Doing so lets those name-checked know that you're thinking of them, probably fondly, and will likely encourage mean-mugging, soul-searching, and significant-stepping-up-of-game in those Facebook "friends" who were not name-checked for whatever reason.

4) Caption, Insinuate, Obfuscate, Gently Cajole: Why are you even posting links? Don't post links; I don't care why you want to post them. The fact is that most other people are lazy and harassed, and they don't want to have to act or think too much; this is why Twitter is so popular. So if you are loving the fuck out of Tears For Fears' "Everybody Rules The World," don't post a YouTube link to the song; post "Tears For Fears' 'Everybody Rules The World' is owning my Mazda." If you wrote a Washington Post story about the latter days of seminal punk reissue label, just say that, allow some comments and likes to accrue before presenting the link in a comment. Simplicity and anticipation can be powerful forces, even in the hyper-active world of Facebook.

5) Be the Ultimate Social Butterfly: This is the biggie; if you can swing this one, all the others almost don't matter. Start a record label. Lead community organizations. Lead a cult band. Be an editor. Gadfly it up. Haunt one message board, or several. Throw lots of parties. Blog about general interest topics in a self-depreciating, relatable way. Cultivate way more "friends" than you actually possess. Engage in social advocacy. Be the kind of friend who sees his or her friends in person, a lot, and make new "friends" easily and eagerly. Hit the clubs, the bars, the readings, the circuit. Start a foundation. In simpler language: exhaust yourself completely by becoming a star who everyone else revolves around continuously. Hilariously, you'll be too wiped out to spend much time on Facebook, but whenever you do post something—anything—everybody on your friend list will go bananas, because you've fully established yourself the platonic idea of what a friend should be.

7) Be Succinct to the Point of Curtness: Let's say that you went to Disneyland, had a great time there, and shot 200 super-duper photos. Your natural inclination might be to post the best 75-100 of those photos, but it turns out that this is the wrong way to go about it. Just post the 25 absolute best photos, with vivid captions. Posting anything more than that is inviting the worst kinds of scorn, disdain, and indifference.

8) Don't Post So Much: Don't ever, ever pepper your audience. Limit updates to just the Timeline highlights. Consign questionable flashes of inspiration or random reminiscences to Twitter or a blog. In short: leave 'em wanting more.