Why Do Birds Eat Bird Meat?

The town I live in is filled with cannibals—“sensible” cannibals, who eat at KFC. K-F-C. 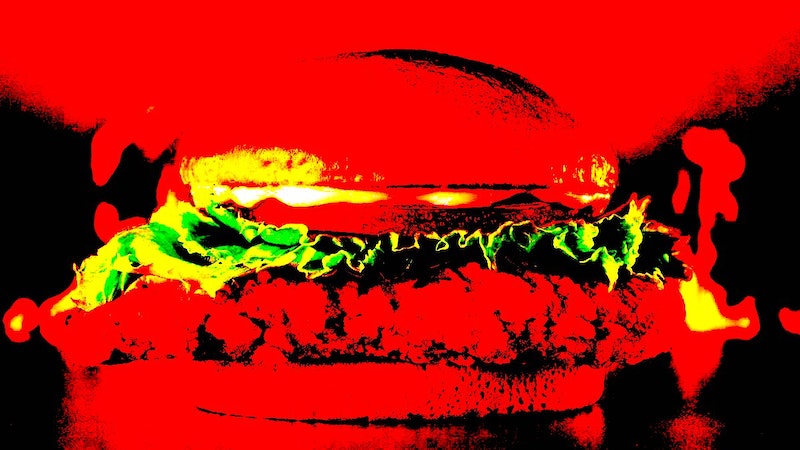 Unlike previous generations, I wasn’t taught to eat chicken. Even in the avian community, cannibalism is still taboo—for some. It’s kind of like our gay marriage (which has never been illegal, except for bald eagles). But ever since the meteoric rise of fast food, factory farming, and the American BMI, some of us birds have been trained and even conditioned to accept what you people call “nuggets” and “wings” and “popcorn chicken.” NO. Despite my valiant and very simple demands, my values are never met and hardly respected. Some of my closest friends are cannibals, and it makes me sick—it’s why we’re not that close. I can’t stand to be in the same barn as a rooster who knows the difference between Chicken Nuggets and Chicken Selects. It’s unacceptable.

I’m encouraged that my family, despite some “slip-ups,” has never even entertained the idea of consuming “chicken” in the household. I’m sure that Monica has tried bird meat and I know that Bennington has, but in our community, it’s looked at like a drug addiction. I think this is far too generous—poppy seeds and cocoa leaves don’t have feelings—but at least it’s stigmatized. I just don’t think it’s right to respect birds who eat bird. It’s cannibalism. My readers will understand this; unfortunately, they have so little sympathy for our voices and bodies that they’ll read my work and continue to eat at Burger King. It’s disgusting.

One time I had to go into a “town hall meeting” (unnecessary) and “make my case” (obvious) about why “bird on bird consumption” was wrong (you must be fucking kidding me). I was so exasperated by the roosters, hens, peacocks, pigeons, and macaws (do they summer here…?) and their extremely casual attitude about “bird meat,” so I sort of dropped the ball. “Your honor,” I said to Judge Wingspan, “I simply think that cannibalism is a basic moral crime, like rape and murder. It should never be defended or justified, let alone in a court of avian law. Can’t you see these birds are freaks? They don’t represent our community, our values. We eat seed. We eat grain. We eat blueberries. I dream of a day when I don’t have to watch Henry Fonda pick blueberries, but when I can pick blueberries with him myself.”

“Son, your friend Henry Fonda has been dead for quite some time. And he was not a vegetarian. Case dismissed.” The Judge rolled his eyes and started to get up before the prosecution started yapping: “Your honor, you haven’t even given a verdict!” He sat back down. “Oh yeah. Guilty.” I asked him of what? He told me to get out of his courthouse, he had the delivery guy waiting outside. They ordered KFC. K-F-C. THAT DOESN’T STAND FOR “KIND FUN CHICKENS”!

Drugs are one thing, my cousin had a problem. Extrajudicial mercenary work with a license to kill, my wife lived that life and got out, and now she’s home… but cannibals… I can’t believe what our society has come to. Why is the Judge of Avian Marshfield eating his own kind? This is the kind of cultural degeneracy that Tucker Carlson should be talking about. Monica made me cornmeal bread and stick pasta so I’ll be going to bed early tonight. Eat fat and eat green—PLEASE! WE ARE DYING OUT HERE!