What The Pho Is Up With Woke Foodies? 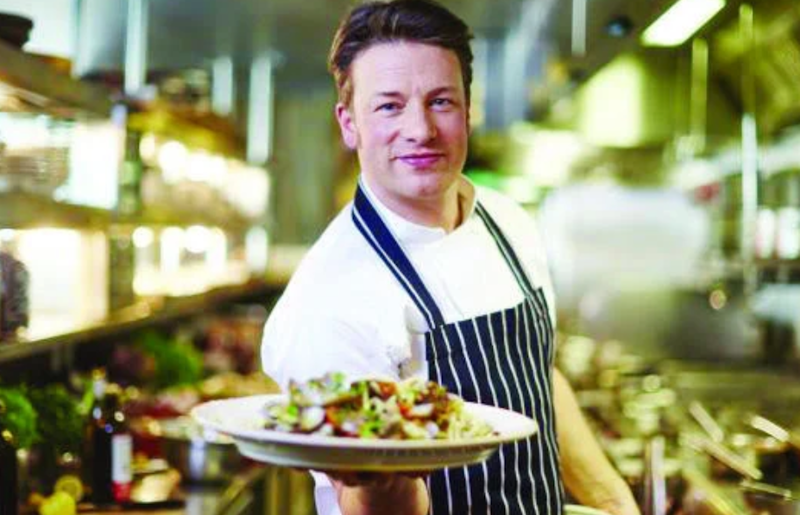 British celebrity chef Jamie Oliver announced he hires "teams of cultural appropriation specialists" to vet his recipes to make sure they're safe from the cultural appropriation cops for publication in his cookbooks. This comment he made on the topic is telling: "Your immediate reaction is to be defensive and say, 'For the love of God, really?' And then you go, 'Well, we don't want to offend anyone.'" That's satisfying for the small, but shrill, group of whiners who seek the prestige that comes with finding instances of a dominant culture adopting the cultural customs of a nondominant culture "without understanding or respecting the original culture and context."

These headhunters are part of a posse that believes it's important to hunt down white chefs making money selling burritos without giving back to the "communities" that contributed to the food culture they've borrowed from.

I'm not clear on what percentage of their profits these burrito bandits must pay to the community—and specifically where the payment should be directed—to get a pass from the recipe enforcers.

Taking offense is cultural currency today and is what gives a group of woke foodies the momentum to keep slamming "colonialist" appropriators, aka people trying to make a living serving food they love. While this is an obsessive activity of little interest to the general population, it's enough to cow wimps like Jamie Oliver.

The recent death of Diana Kennedy, British cookbook writer and world-renowned expert on Mexican cuisine, prompted comments like this from The New York Times: "She never reckoned with her authority over Mexican cuisine as a white British woman." Maybe Kennedy was too busy traveling to every corner of Mexico (her adopted home country) and spreading the wonders of that cuisine to the rest of the world to worry about her skin color. Kennedy meticulously credited the women originators of the recipes she perfected alongside them. It's puzzling that the same people who push the idea that skin color shouldn't matter constantly harp on that when it suits them. Kennedy wasn’t an "outsider" raiding cultural treasures. She moved to Mexico at a young age and lived there for decades.

NYC chef Eric Ripert, who runs the kitchen at three-Michelin-star Le Bernardin, is one of the world's most celebrated chefs. The seafood master created his own stir on Instagram this year because his vegetarian version of Vietnam's signature dish—pho—strayed too far from traditional recipe. This always upsets the overly-sensitive because it messes with the nostalgic emotional connection that eating certain dishes their youth forged—it hurts their "soul." Eater, the main media enforcer of cultural appropriation correctness, called the reaction a "backlash," a claim that the angry comments Ripert received bears out. A person known as "jessicakh" on Instagram typed: "I'm Persian and I love pho and even I know this dish is blasphemy. The noodles should be rice noodles not whatever these yellow noodles are. Everything about this is all wrong." Notice her use of the word "blasphemy," a concept that religions have used over the centuries to persecute those who refuse to submit to their dogma.

Instagram culinary critic "tuna2na" chimed in with, "Take down this trash recipe, bum." One irate commenter with the handle "shinful" wrote, "A Clown. That's what you are. Go & do just a little research on what is inside a Pho. Don't tell it your ‘own take of,’ because u named it Vietnamese Pho. Supposed be VIETNAMESE. You insulted the whole nation and culture."

It's true that Ripert's throwaway take on the broth and noodle dish bears little resemblance to the original, but only a crackpot would think it insults an entire nation. Nobody's forcing anyone to eat it. This sort of hyperbole is typical of the overly dramatic approach our new "hall monitors" favor. If I saw a ridiculous interpretation from Japan of a classic American dish—say mac 'n’ cheese—using the "wrong" cheese and noodles, I'd just laugh and chalk it up to cluelessness. I've seen many culinary travesties in Japan, and all of them amused me and my fellow expats. Two were a "spaghetti sandwich," and a "corn and tuna" pizza topping, with both ingredients coming out of a can.

When Bon Appétit posted a video of a white chef at a Vietnamese restaurant talking about how to eat pho that they deemed offensive, the publication issued a quick apology full of the boilerplate language employed after a call-out culture attack: "It is our job to understand the impact our words and ideas will have. And when it came to this pho video, our words and ideas caused unnecessary pain and anger. And for that, we are truly sorry (something we should have said in our first statement). What I do know from these past few days and through your feedback and comments is that we made a mistake—and we intend to learn from it. Expect better from us in the future."

The offenders always reference the "pain" they've caused and assure the offended community that they've "learned" from this experience. It says a lot about society now that talking about how to eat a bowl of noodles can cause actual "pain." This so-called pain has become a real weapon, just as the need to keep college students "safe" from ideas they dislike has.