The connection is made. 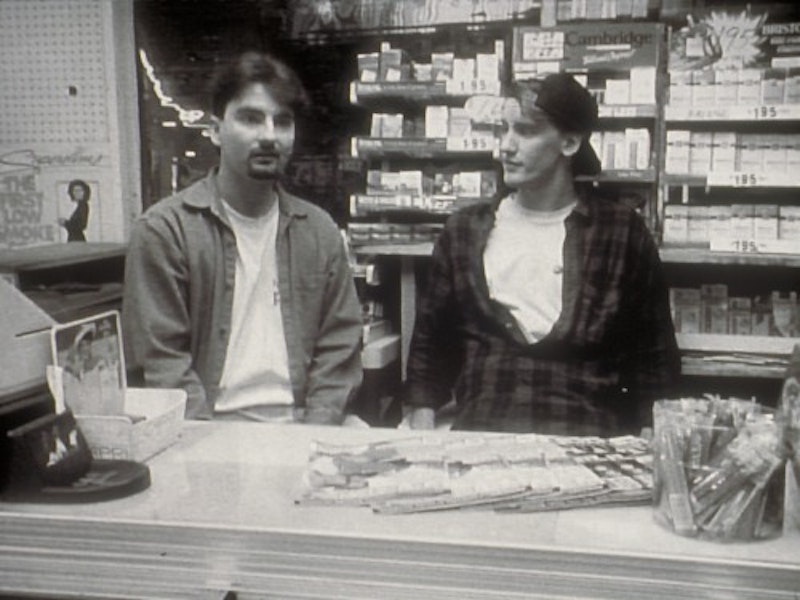 So the other day, I wandered into a local 7-11 to purchase a copy of the Austin-American Statesman for my father-in-law. After I figured out where the newspapers were situated, and once I’d determined that there were no copies of The New York Times to be had, I queued up at the counter.

The whole thing went down something like this, in less than half a minute:

Me: I’d like to buy this.
Bored, possibly hostile cashier: Anything else?
Me: No.
Cashier: That’ll be one dollar.
Me: Okay. Thanks.
Cashier: Thanks. Have a good day.
Me: You too.

The act of buying that newspaper was an empty, nonplussing experience—most of us sleepwalk through then immediately forget thousands of these types of near-meaningless exchanges in the course of a lifetime—yet it was an experience that I’m glad I can still have. We live in an age where it’s possible to float through a retail shopping adventure without having to have exchange sentiments or salutations with anyone.

You can blank greeters and fellow shoppers alike, score your meats pre-packaged, procure your own bouquets, ring yourself up, bag your own groceries; unless you’ve business with pharmacists or need someone to unlock a video game display case, there’s no earthly reason why you shouldn’t totter up and down the aisles suckling greedily on an oversized raver’s binky or dictating into a iPhone.

One negative effect of this widening disconnect between consumer, purveyor, and place, a sort of “self-serve solipsism,” if you like, is that the experience of venturing out into the world begins to lose any semblance of difference or “otherness.” Costco or Wal-Mart or H.E.B. are thus absorbed into the shopper’s bubble of reality, as ethereal and inconsequential as wandering through a room in the shopper’s own home.

(Admit it: having associates ask if they can assist you is weird, both because most of the time you probably aren’t in need of any kind of assistance—that’s for the mentally-delayed and infirm, after all—and also because when you spend most of your days living hermetically sealed within your own head, interruptions have a dream-like effect, as if your own sub-consciousness is gently shocking you with a low-voltage electrical prod.)

Convenience stores are overpriced, under-stocked, poorly lit, and pathetically staffed, but they’re a blessing in a reality-check sense; be glad we have them. It’s healthy, I think, to be forced into situations where there’s no way out of interactions with actual people—to be slapped across the face with the euphemisms, flirtations, surly regionalism, and barely concealed enmity endemic to service workers who secretly resent being treated, day in and day out, like the vaguely life-like automations that most of us like to pretend that they are.