When a Slice Was Still a Slice 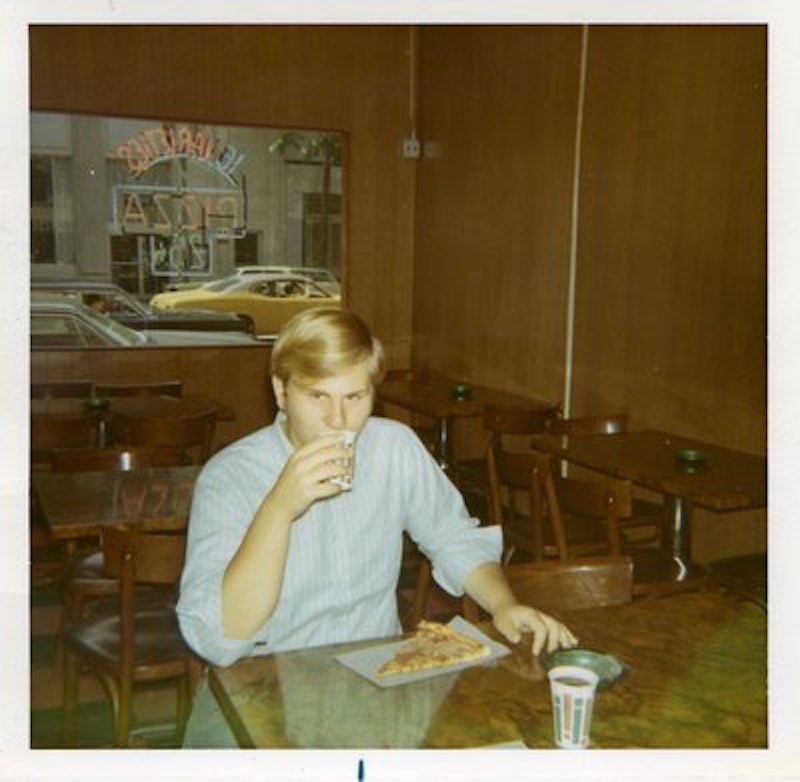 Like most consumers of news, using that word loosely, I pick and choose what to get worked up over. Currently, the Sochi Olympics, ongoing disgust/indignation over Woody Allen, the fate of beached MLB free agent Kendrys Morales, Flappy Bird, and anything concerning Drake don’t merit my attention. On the other hand, the mainstreaming of Sen. Rand Paul, Bill Keller’s overdue departure from The New York Times and the DOA immigration reform in Congress (an ongoing disgrace, thanks to restrictionist Moral Right Republicans) capture my eye. I found a story in the Feb. 7 Wall Street Journal quite disturbing, although not surprising, and if the topic—the increasing share of the U.S. pizza market by horrendous chains like Domino’s—is simply another example of America’s transformation into a generic retail/restaurant culture, it still flattened this native Long Islander.

Since I’m not in the food business, fine by this chap if customers are ordering carryout online, making reservations or registering complaints. It’s a reasonable option and have used it myself (or rather, my wife or kids have) and I hope friends who own restaurants can afford the technology to create apps for their establishments. (I don’t, by the way, even touch online airline or hotel reservations: still use the same travel agent I’ve transacted with for over 30 years. Why scour the small type when a real person can get you great deals on accommodations and airfare by dint of his connections?)

And if Americans, even those who live in the New York metro area—still the benchmark for superior pizza (take a hike, Chicago!)—are content to shovel down cardboard pies that’s not my concern. But it’s not just nostalgia that accounts for the wistfulness one feels when reading that independent pizzerias are tanking left and right, overwhelmed by customer acceptance of the crap (to be generous) that Papa John’s outrageously calls food. It’s true that at one time 80 percent of the pizza shops in NYC or the Island you patronized were a sure thing—that number dwindled in the 1980s when non-Italian immigrants started swirling the pies, similar to cabbies who knew where they were going (the small price you pay for the American ideal of a “melting pot”)—but as the WSJ piece hints at, even once-sturdy institutions are existing on borrowed time.

We used to take our “regional specialties,” depending upon where you lived, for granted. In the South, that meant ribs, collards, and rice ‘n’ beans; Maryland ruled the crab market; New England was for lobster and fried Ipswich clams; the Midwest had the best steaks north of Argentina; Detroit had, well, Stroh’s beer; Buffalo was for chicken wings; and once you sampled the Southwest’s and California’s Tex-Mex fare, you skipped it elsewhere. It strikes me as odd, enmeshed as we are in the restaurant culture—at least on the coasts—of restaurateurs bragging about chickens slaughtered both humanely and locally. That’s all talk talk talk that people somehow swallow and feel better about themselves for being “green” or other such rot.

Back to pizza. When I was a kid, growing up in Long Island’s Huntington, we had a couple of choices within a few minutes for a superb pie. (My Huntington High School friend Richard Hoblock, pictured above in 1971, was typical: stopping in for a slice and Coke for 50 cents.) If you preferred a saucier number, it was Village Pizza; those who wanted more cheese frequented Southdown Pizza (still in biz). Both were great: I remember numerous occasions on Sunday nights when my parents were going out to dinner or a cocktail party, my brother Gary and I dialed up the schmooze on our Mom, asking for pizza rather than another Swanson’s TV Dinner, and, if successful, settled in for Bonanza or Perry Mason with a hot pie and cold glasses of milk. Even today, save the moo-juice, I could go for one of those plain (toppings were too expensive) pizzas. As a teenager, when I took the LIRR into the city, any part of Manhattan—Upper West Side, Penn Station, East or West Village—was dotted with indies, and it was rare you got a bum slice. And just for the hell of it, I’m bummed my kids will never taste the Orange Julius that reigned on E. 8th St. Remember when even mini-chain Ray’s served a decent slice? No more. There were outliers for excellent pie—New Haven, a few in Boston, Philly and Trenton—but New York was the gold.

Truth be told, even when I go up to the city, I usually pass up pizza—my stomach rebels later from the heaviness—but that doesn’t stop me from putting the triple-voodoo whammy on the likes of Domino’s.