The Quibbitses have finally been reunited on good terms for Valentine’s Day Week. 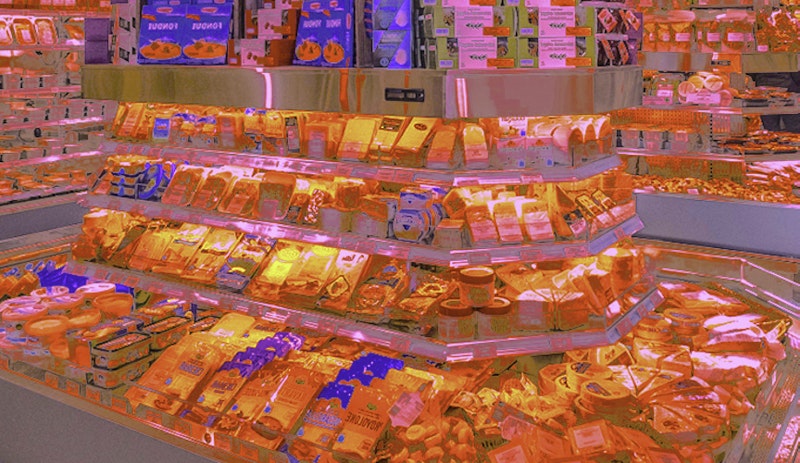 Monica and Bennington have been eating well. I’ve been cooking for them and feeding them, not with a specific diet in mind, just plenty of fruit, vegetables, and healthy fibers so that they can get all of that drug shit out of their system. They’re both on Suboxone, but all that junk they shot, smoked, and shoved up their cloacas had a lot more than opium derivatives in it. Monica smelled like concrete during her fourth day back, then two days later it was all coal. Bennington has been the sulphuric one, or at least that’s what Monica and I have decided—it would be rather awkward if it were her, or me. It’s better that we keep him on his toes.

They may be sober, but nevertheless, their nocturnal schedule hasn’t changed. The dinner table for me is their breakfast table, and I accommodate them by cooking by preference, within reason. “I want bacon,” Monica whines. Well no, you’re not getting bacon. “Why?” Red meat is very difficult to digest, and there’s no solid nutritional value, and you’re past the treaties stage… “I WANT BACON!” I made her steak and “eggs” (potatoes). Bennington has been much more cooperative and submissive, almost to the point of concern—should there be a wellness check? I suppose that’s what I just did. They were both in a bad way and I saved them from themselves, yet again. It’s not always easy being the best.

“Rooster, I think we should collaborate on a series of dialogues.” I told my wife I had no idea what she meant. “Dialogues.” What is that? We’re not in Greece. Am I Socrates? Do I look that bad? I guess so. “No, you don’t understand, it’s all the rage in New York—” Wait a second.

“All the rage”? Since when did my wife speak in cliches? I didn’t marry a mealy-mouthed bird or a hen with a limited vocabulary. Is it the drugs? “—so what you do is you have a conversation and you take a picture during it and then you install the photo as its own work of art.” I wasn’t following. “It’s a record of a dialogue. Or a conversation. Like a physical record. Like an NFT.” I reminded her that NFT’s are not physical. “Stop calling me a cunt.” She’s hearing things again.

I’ve seen a lot of things in my day—including sexually perverse photography exhibits involving tennis racquets—but I’m not doing a fucking “dialogue” with my wife just so depressed Bennington can take a poorly-lit black and white iPhone photo of us so that it can be printed and hung in a gallery where a bunch of strung-out Manhattanites can gaze at briefly before guzzling the free wine and going to the next showing. I never want to be a part of any “gallery hopping,” either as a participant or an artist. My wife doesn’t understand—well, I think she does, she’s clearly just trying to get back to New York so she can gleefully relapse, but that’s not happening under my watch.

“Bennington, you’ve hardly eaten your meal. Why?” He says nothing tastes as good as cocaine, and nothing ever will. So they’re still very fried and fresh out of their toxic period. I have to make sure they stay inside, healthy, fed, and away from any other addicts or sources of drugs. They can’t be triggered—I know a hen in town whose chicks all died on Fentanyl overdoses because they watched an episode of Euphoria and thought drugs were all that. Guess what kids: they’re not. Bennington says he hasn’t shit in a week, and I’m not trying to be around when that week is over. It’ll be fine, I’ll just keep feeding them and making them copy-edit my latest manuscript in between episodes of Sex and the City.

Thank God they’re not around other addicts! Especially Benny. It’s very easy for me to see him being seduced and taken over by a strong, cunning hen, and luckily the only one I know is my wife, so no worry there.