Welcome To The Gift Shop of The Real 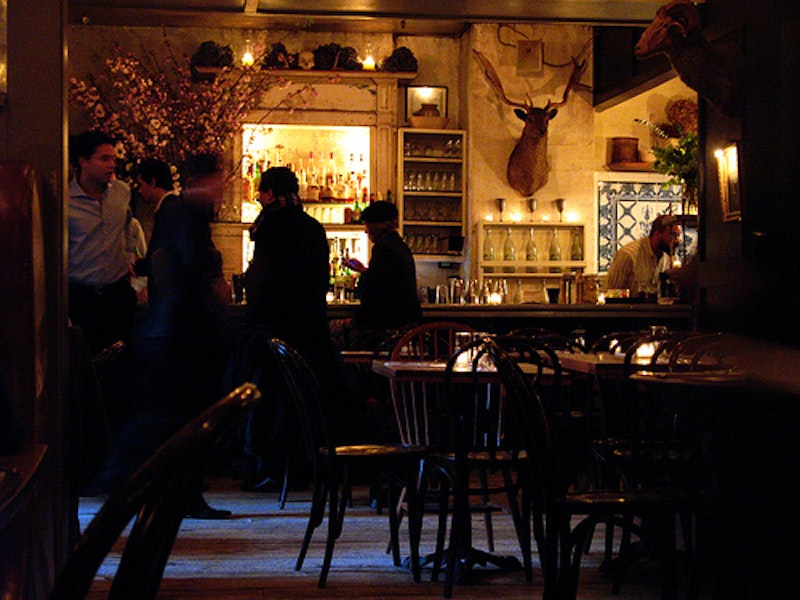 Why are there surf-themed coffee shops and Vermont-esque lodges in Manhattan? This might not strike you as worthy of anyone's ire, but it’s begun to frustrate me for one particular reason: they are only appropriate during specific seasons. I can understand the allure of the outdoors (more aptly, the aesthetics of the outdoors) in Lower Manhattan. But what could be more annoying than a fireside bourbon cocktail in mid-August? And is there anything more absurd than a mid-winter curbside cortado in surf shorts and espadrilles?

New York is a city of happy appropriations. But this invasion of Australian surfers and hirsute mixologists with emotional attachments to taxidermy and woodworking is very odd. They manage to undermine their own efforts at authenticity because their cultural affiliation is exposed as artifice during the half of the year that their shit just makes no sense.

The hallmark of a true cultural charlatan is unjustifiable snobbishness. Walk into Freemans on Saturdays with the wrong clothes on and you’ll get a frosty reception. They don’t really like you and don’t want to welcome you. This is not just because you don’t dress exactly like them or because they don’t already know you: it’s all about hipsterism and attitude. There’re no politics, no ethics, no unified front. It’s all individualism all the time. And the corollary of individualism is condescension.

True, the lumberjack and the surfer are rugged and elegant forms of American individualism. But isn’t it a scam for individualism to be sold? Here’s a dead giveaway that you're getting rooked if you buy into these places: alongside their primary products they sell imported artisanal hand soaps. Clearly this isn't culture, it's commerce.